During a debate last night supporters of Tommy Robinson caused chaos, shouting "Free Tommy!" at the Mayor and telling him he wasn't welcome in London. 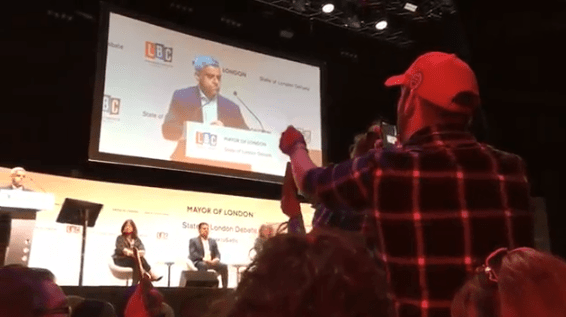 A question and answer session with Londoners had to be stopped several times after outbursts from furious protesters.

One man shouted: "Trump is welcome here, you're not. Terrorism is not part and parcel of living in a big city!

"You're a disgrace Khan!" He then started a chant, which several people joined in with, singing Tommy Robinson's name.

Mr Robinson's far-right supporters have been disrupting events and holding marches since he was jailed for breaking reporting restrictions on a recent court case. 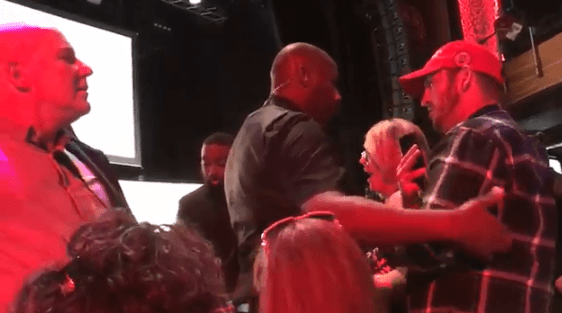 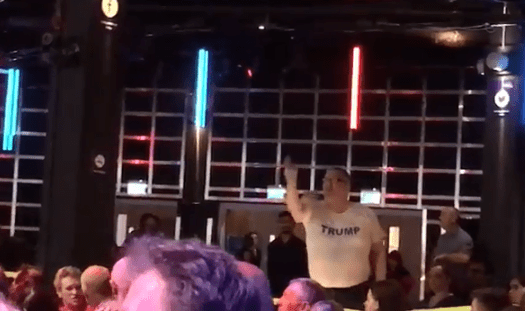 Security were then forced to kick him and others out of the venue so the debate could continue.

But just as the disruption finished another man at the back of the room started shouting about surveillance.

"You are a jihadist!" he screamed as shocked onlookers turned around to watch.

It's not clear what the man, who was also escorted out by security was referring to in his outburst. 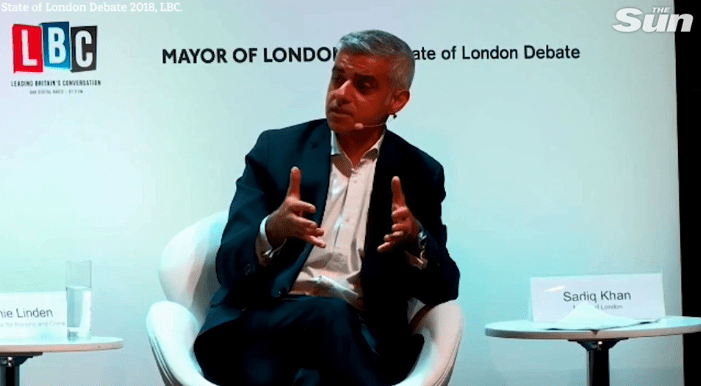 Londoners who were keen to get on with the debate shouted at him to "get out!"

"A very good night to you as well, sir," Mr Khan replied to him.

Onlooker Lifang Yang told The Sun Online: "A few of them started booing him, then they started interrupting, shouting and screaming.

"I was quite confused, I didn't know what they were shouting about.

"I thought things were going to get out of control – it was quite embarrassing for the Mayor."

At the same event a furious Mum confronted the Mayor over the city's spike in violent crime.

A passionate Londoner told him she didn't feel safe in her own city – and was given a huge round of applause for her rousing speech.

Videos also show the London Mayor booed repeatedly by Londoners, and they heckled him when he said his top priority would always be the safety of Londoners".