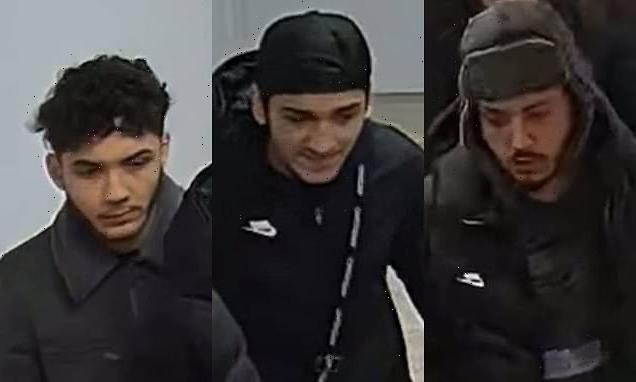 Shocking footage shows the moment three thieves stole £10,000 worth of mobile phones from a Tesco in a brazen daylight theft.

The thieves walked in to the shop in Crawley, Sussex without any effort to disguise themselves before grabbing handfuls of phone from the store at around 3pm.

Stunned staff and customers watched as the men tore phones out of their holders, ripping security tags off and damaging the display on December 29.

CCTV footage shows the thieves standing in the shop talking before suddenly grabbing thousands of pounds worth of smartphones and running out of the shop without being stopped. 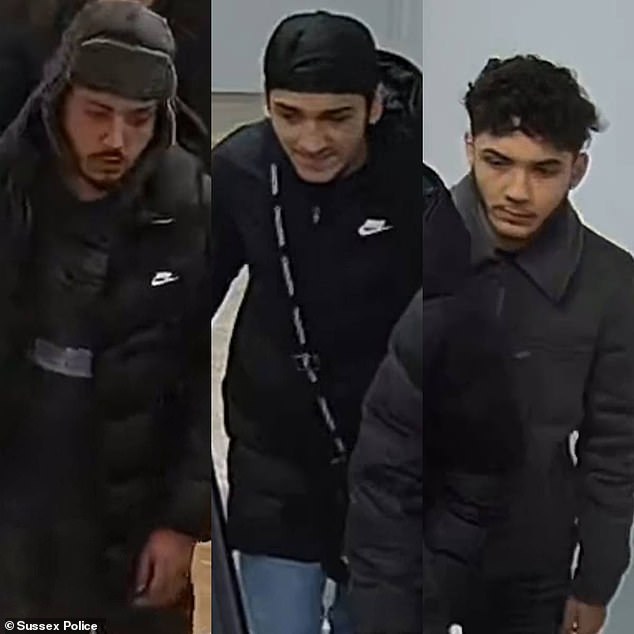 Police have appealed to the public to help them identify the three men who stole £10,000 worth of mobile phones from a Tesco in Crawley, Sussex

The men can be seen racing down an alleyway after the raid, holding on to the phones with their security tags still attached.

Sussex Police said they are looking to identify the three thieves – no arrests have yet been made.

One was wearing grey jeans and black trainers and had short brown hair and a trimmed beard, while another was wearing a green baseball cap, light jeans and a long black coat. 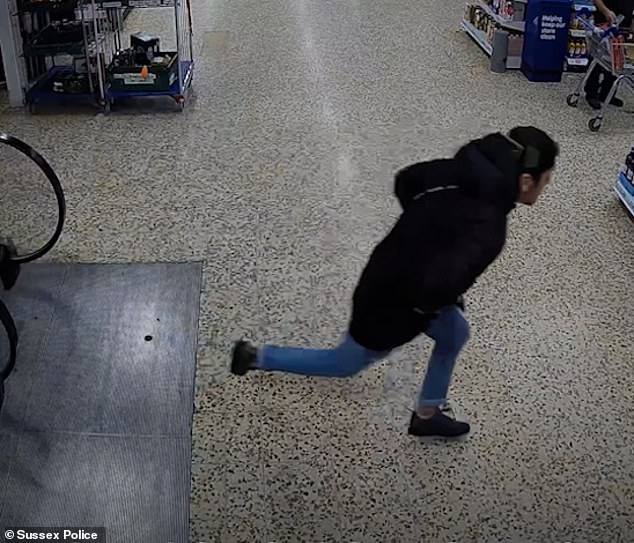 The third man was seen wearing a wooly hat, a blue t-shirt and a black knee-length Nike jacket.

Police appealed for anyone with information about the theft on Hazelwick Avenue in Crawley to contact them.

Sussex Police said: ‘Any information as to the identity of the three men, or anything relevant to the ongoing investigation, can be reported to Sussex Police online, or by calling 101, quoting serial 496 of 30/12.’