THIS is the shocking moment a race-hate road rage driver screams "ch***y c**t" at a motorist in a furious row over a Co-Op parking space.

Footage shows the foul-mouthed woman threatening to punch Tim Kemp outside the supermarket in Hull on Wednesday afternoon. 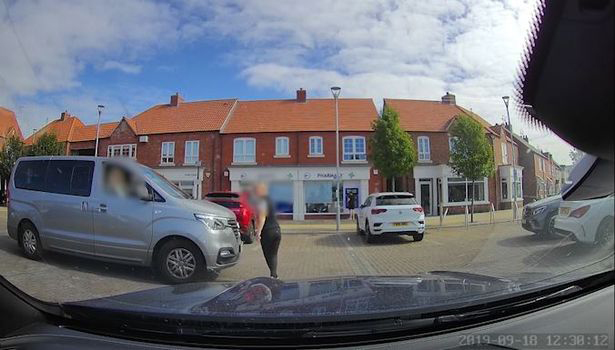 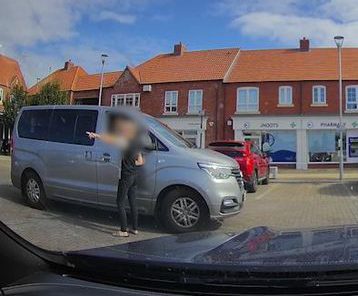 Mr Kemp, 47, was left shaken by ordeal – which was sparked when the woman exploded with anger after he let another driver into his spot.

Explaining the row, he told Hull Live: "The grey minivan was blocking me in so had moved out of my way to let me out of my space.

“She was going to then park in my space when the older woman started abusing her.

"I did my best to defend the minivan driver but then became the target of the abuse."

Mr Kemp, who is mixed race, said he had suffered vile insults in the past – but he was still stunned by the abuse he suffered.

He said: "I am British born and raised by white English adoptive parents so consider myself English but am Chinese/mixed race genetically.

"I have become quite hardened to the verbal abuse but was shocked by the verbal tirade that came from this woman."

Mr Kemp's dashcam captured the row breaking out when the woman tells him to "f*** off" when he tries to let the other driver into his space.

A bitter argument then ensues – and despite Mr Kemp warning the woman she is being recorded, she continues to hurl abuse at him.

He then tells her she's "broken the law" – but the hate-filled woman replies: "I'm not bothered about breaking the law you little crank.

And she later even doubles down on her disgusting tirade when he threatens to call the police.

The footage captures her saying: "You forward it to police, you little ch***y c***.

"How's that for you? Get yourself off you f***ing little yellow …"

At that point, Mr Kemp drives off – telling the camera: "Absolutely unbelievable. Welcome to Hull."

Reflecting on his ordeal, he said: "I wasn't angry, I was more shocked. I was just stunned. It's absolutely not OK.

"I don't think there's any excuse for that kind of abuse.

"Some people have attitudes towards people of different genetic backgrounds that are very bigoted."

He added that he is considering going to the police to report the row.