THIRTY people in a three-bed semi: Shocking TV documentary reveals mattresses crammed in every room and men sleeping in the garden of a London house

The squalid living conditions endured by some hard-up tenants has been laid bare in a shocking documentary which saw 30 people squeeze into one three-bedroom house.

Startling revelations from inspectors found stacks of mattresses crammed into every room inside the semi-detached property in Harrow, north west London.

But there are still not enough beds for everyone and lack of sleeping space inside the modest home means that some occupants resort to sprawling out in the garden. 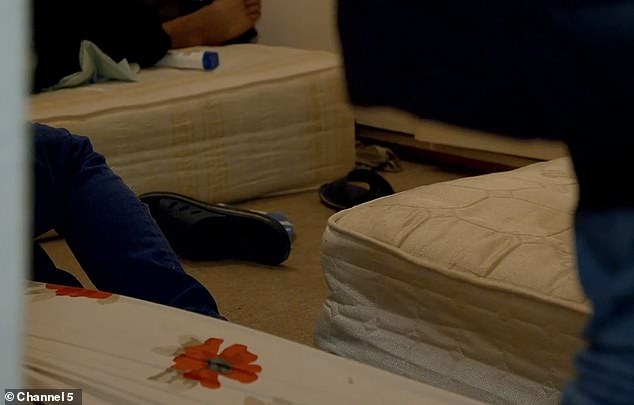 Startling revelations from inspectors found stacks of mattresses crammed into every room inside the semi-detached property in Harrow, north west London

A string of noise and hygiene complaints from neighbours prompted housing enforcement officers to inspect the building.

On arrival, they are met by a man who tells them that a staggering 15 people are living in the semi.

Housing officer Ozge Albayrak says: ‘It’s the classic case, mattresses on top of each other, so they line them up, that’s how they fit so many people in.’

However, a truck stuffed with even more mattresses pulls up to provide for the thirty people who are discovered to be living in the house.

Ozge ventures into the garden, stating that this is where some people like to ‘hide’. 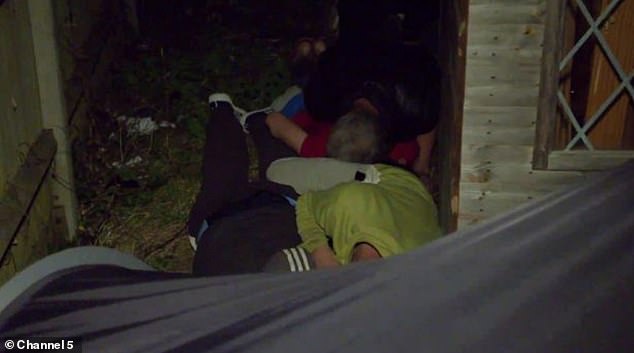 On arrival, Housing officer Ozge Albayrak is met by a man who assures her that  15 people are living in the semi

To her disbelief, she stumbles upon more dwellers sleeping on the grass who are presumably waiting for the haul of mattresses to arrive.

After her eye-opening trip, she contacts the letting agent to inform them and within three months the conditions appear to have improved and only one family are living in the property.

But before long the tenancy spiralled back into disorder as more people moved back in, triggering another wave of complaints.

Ozge branded the conditions an ‘unacceptable way for people to live’ and said: ‘That could have turned really bad but the managing agent will get what they deserve.