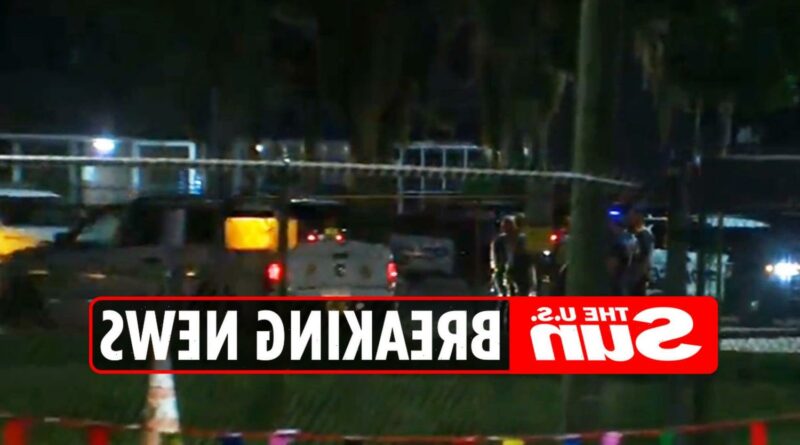 FOUR people – including a child – were shot dead by a man in Florida early this morning.

The gunman then attacked Polk County cops before being arrested and taken into custody in Lakeland, police say.

Sheriff Grady Judd confirmed in a press conference that four people, including an infant, had died.

An 11-year-old was also injured in the attack.

Emergency services rushed to the scene in North Socrum Loop Road after gunfire broke out before 6am.

According to the Polk County Sheriff’s Office, police heard shots being fired but came under attack when they got close – but were not hurt.

A helicopter was spotted circling above the area before ladning on a field at Lake Gibson High School, reports WFLA.

It comes after three people were killed after a gang reportedly pulled up in a car and opened fire on a crowd in Washington DC.

Cops are hunting for multiple gunmen following the shooting on Saturday night, which also left a further three people injured.

A black sedan with tinted windows reportedly stopped next to a group of people on the 600 block of Longfellow Stree shortly after 7.30pm, before several people got out and started shooting.

Three people died from their injuries, while another three are in hosptial.

Contee added a police security camera nearby caught images of the vehicle used in the attack.

A gun was found at the scene by police, but detectives believe there were more involved.

"We believe that more than one person were definitely firing," Contee said, reports NBC.

No arrests have been made yet and the motive is not yet known.