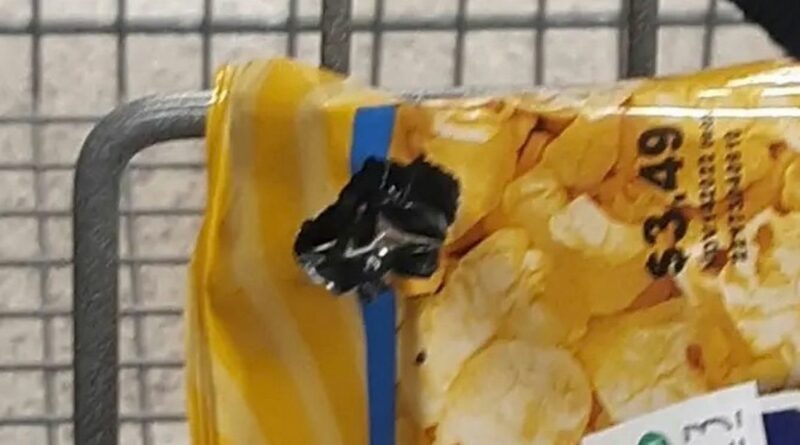 A woman shopping for some usual groceries was left in horror after a snake popped out of her popcorn bag.

The unexpected item in the bagging area shocked the mum from Virginia, United States, who says she picked up a bag of the cinema-themed treat from a shelf in a Shoppers Value store.

Kimberly Slaughter was shopping around for the perfect bag of popcorn and said she placed one bag back because there was "mouse poop" on the same shelf as it.

But upon selecting another, less poop-riddled bag, the shopper was surprised to see a snake had made its way into the bag.

Slaughter spoke of the bag mix up, saying: "I was like, I'm not getting that bag. So I put it on the bottom shelf because there was already mouse poop covering the bottom shelves."

Instead, Slaughter reached for another bag of popcorn after she noticed rodent traps on the bottom shelf, but saw that her new bag had a small hole in the top right corner.

When the shopper took the bag into her cart and up to the front, she discovered a snake inside of the bag.

Slaughter added: "The thing had popped out, and you know, I was like, oh, well, hi."

According to Slaughter, the snake slithered its way out of the hole in the bag, had a quick look around and subsequently returned inside the bag.

Recalling the sighting, Slaughter said: "It was the full length of the cart. It had prime real estate though."

The shocked shopper believes she encountered a rat snake, but was worried about the two kids she had at home and what could've happened if they had encountered the snake, Fox News reported.

She added: "I have a baby, and he is just starting to walk. So imagine if he was a little bit older, or if my niece had gone and been like, 'hey, I want some popcorn' and grabbed that bag and it bit her. It's not safe. It's not healthy."