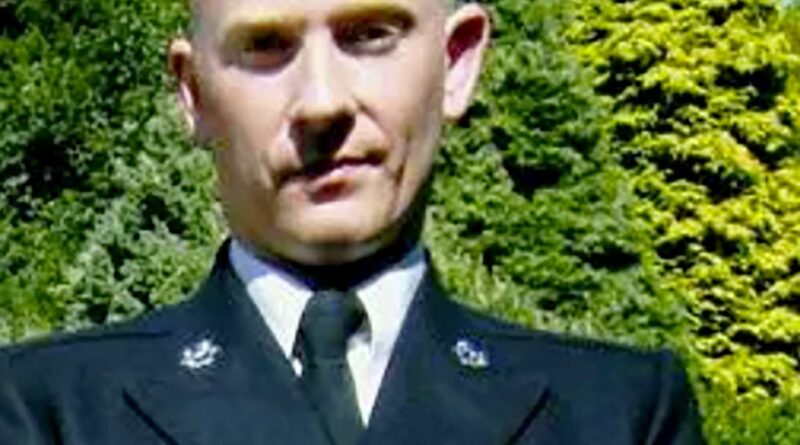 Twisted cop Wayne Couzens was in a relationship with a 14-year-old girl when he was 23, a former friend has claimed.

The perverted police officer kidnapped, raped and killed Sarah Everard after he pretended to be on "covid patrol" while she was walking home from a friend's house in Clapham on March 3.

Couzens, 48, showed his warrant card to lure the 33-year-old marketing executive into his police car as he handcuffed and arrested her.

His former pal has now exposed him for his vile past actions in which he claims that the cop had a 14-year-old girlfriend when he was in his twenties.

“It was almost kind of creepy behaviour.

"He wasn’t violent in any way, he wasn’t disrespectful in any way but he was dating a girl that was significantly younger than him.”

Couzens has been jailed for life after abducting Sarah Everard and using his status to carry out horrific crimes.

The PC has become the second person in the UK to ever be sentenced to a whole-life order – following his appearance at the Old Bailey on Thursday, September 30.

Sarah Everards family said they are "very pleased" that the sick officer will spend the rest of his life behind bars.

In a statement following his sentencing, they said: "Nothing can make things better, nothing can bring Sarah back, but knowing he will be imprisoned forever brings some relief.

"Sarah lost her life needlessly and cruelly and all the years of life she had yet to enjoy were stolen from her.

"Wayne Couzens held a position of trust as a police officer and we are outraged and sickened that he abused this trust in order to lure Sarah to her death.

"The world is a safer place with him imprisoned."

They added: "It is almost seven months since Sarah died and the pain of losing her is overwhelming.

"We miss her all the time. She was a beautiful young woman in looks and character and our lives are the poorer without her.

"We remember all the lovely things about Sarah – her compassion and kindness, her intelligence, her strong social conscience.

"But we especially like to remember her laughing and dancing and enjoying life. We hold her safe in our hearts.

"We are immensely grateful to the police and legal team who worked on Sarah’s case.

"We cannot thank them enough for their meticulous and painstaking work and for their constant support.

"We also send our heartfelt thanks to our family and friends for comforting us through this terrible time."