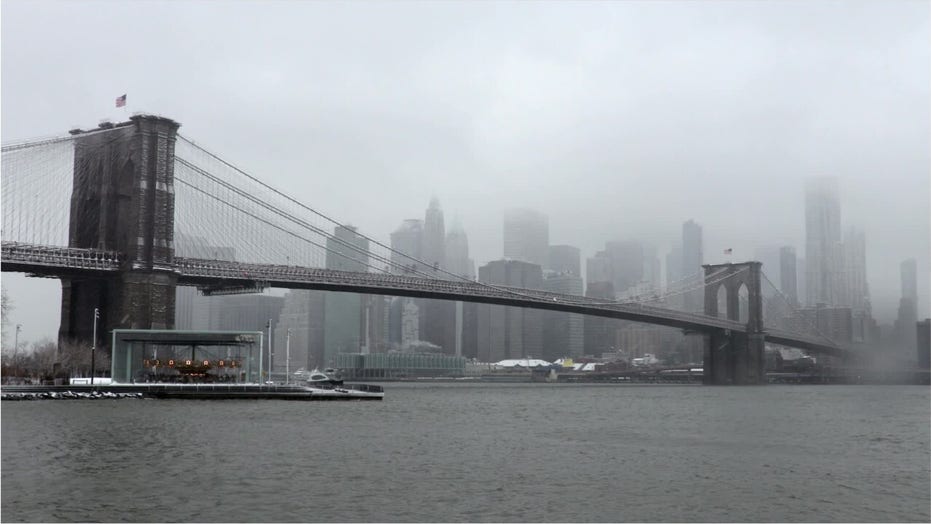 Will a nor’easter bring snow? How different storm tracks impact the Northeast

What type of nor’easter could you see in your area? Here are the three main types.

A "significant winter storm" is on track to impact portions of the Mid-Atlantic and Northeast this Wednesday and Thursday, according to the National Weather Service (NWS).

Heavy snow is expected west and north of the I-95 corridor in the Washington D.C., Philadelphia, New York City, and Boston metropolitan areas. The powerful storm system is currently slamming the west coast, and as it moves east, could become responsible for the next major winter storm in the U.S.

"Confidence is high that this winter storm will result in significant impacts including travel disruptions and power outages across much of the Mid-Atlantic and southern New England," according to the NWS.

AccuWeather Senior Meteorologist Tyler Roys said that as the upper-level energy moves from the Rockies into the East on Monday and Tuesday, an area of lower pressure will start to take shape across the southern Plans and Southwest.

"This storm system will then turn northeastward and track somewhere near the East Coast, tapping into the cold air that will be available to create a winter wonderland for some," he said.

Still, the location and areas that will sustain the heaviest snowfall will depend on the track of the storm, which is uncertain at this time. It's expected to intensify somewhere along the mid-Atlantic or Northeast coast later Wednesday into Thursday, according to AccuWeather.

"The swath of heaviest snow and highest snowfall accumulation is dependent on the exact track of the storm, and small changes in where the storm tracks can lead to big changes in the amounts of snowfall for a given location," added Roys. "However, with a track near the mid-Atlantic and New England Coast looking more likely, the probability of the heaviest snow targeting parts of the mid-Atlantic and southern New England is also increasing."

According to the NWS, the greatest uncertainty with the storm is the rain and snow line along and east of I-95, and how far northwest the heaviest snow progresses. The NWS said Sunday it is expected to "iron out" those details over the next couple of days.

Freezing rain and ice accumulations are expected in northwest North Carolina and across much of the southwest and central Virginia.

SIGNIFICANT WINTER STORM EXPECTED FOR THE NORTHEAST THIS WEEK

Meanwhile, the New York City Department of Sanitation issued a "Winter Operations Advisory" on Sunday, as a mix of rain and snow was forecast north of the city on Monday.

"Our snow fighting equipment will be ready for any winter weather coming our way," the world's largest municipal sanitation force tweeted.