Trafalgar Square became a beacon of culture as it celebrated Vaisakhi in a combination of Sikh and Punjabi tradition and culture.

The event, coordinated by a Sikh group, is a celebration of heritage and culture on the anniversary of Khalsa being founded in 1699.

The Khalsa was founded and led by the Five Beloved Ones, who sought to protect Sikhism which suffered oppression after it was born in 1469.

The Mayor of London, Sadiq Khan, was in attendance at the event in London’s central hub, which boasted stalls highlighting Sikh culture.

A choir of schoolchildren performed during the celebrations in the capital, alongside stands where traditional Indian tea, called Langar, could be purchased, alongside one of the largest Sikh art exhibitions in the country.

Men dressed in traditional uniform of the 15th Ludhiana Sikh Regiment were pictured celebrating the holiest day of the religion’s calendar. 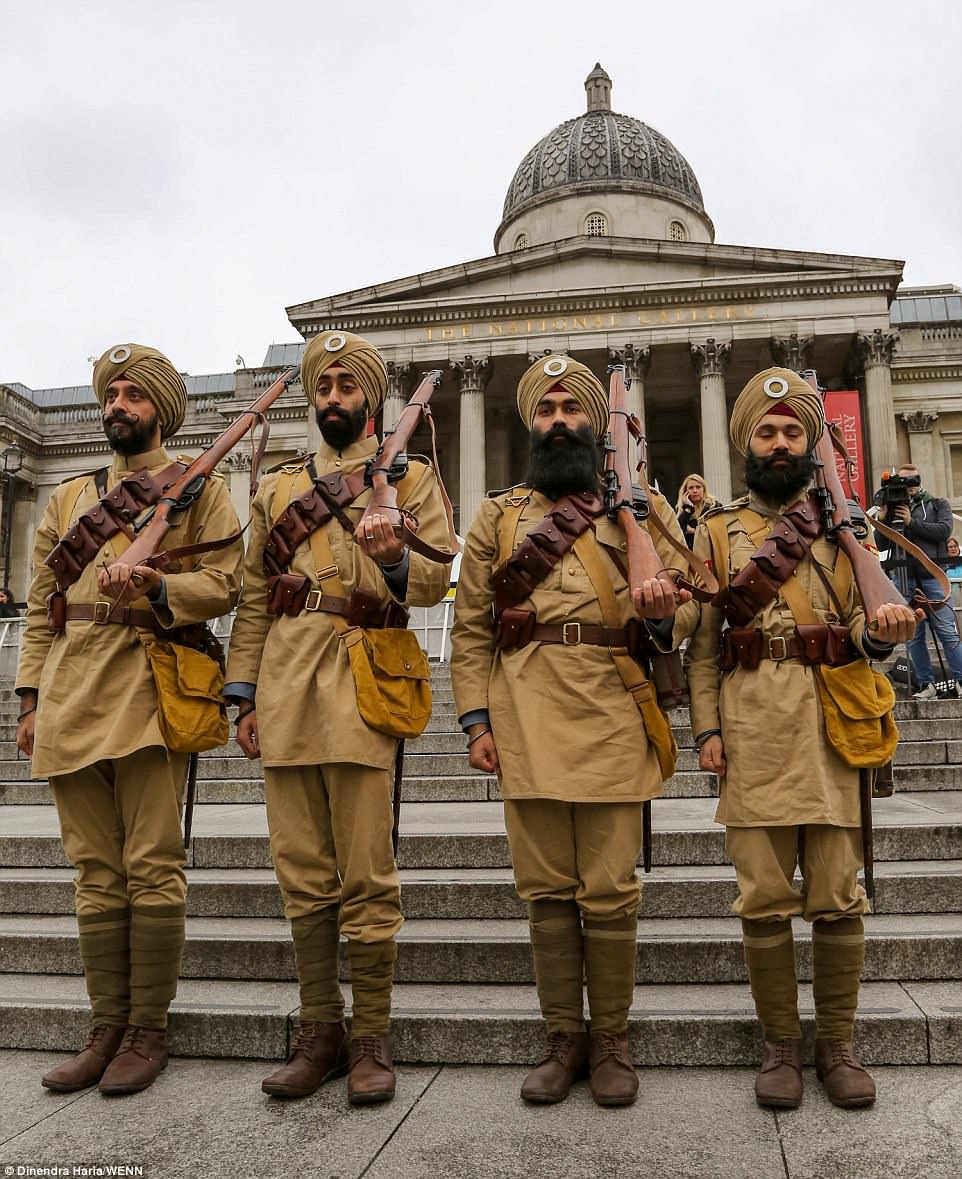 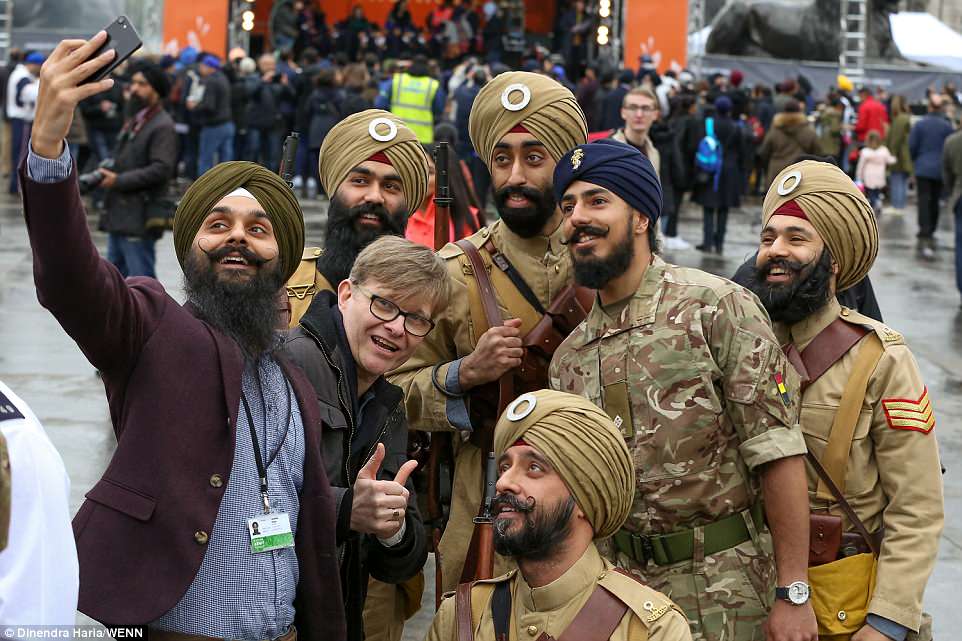 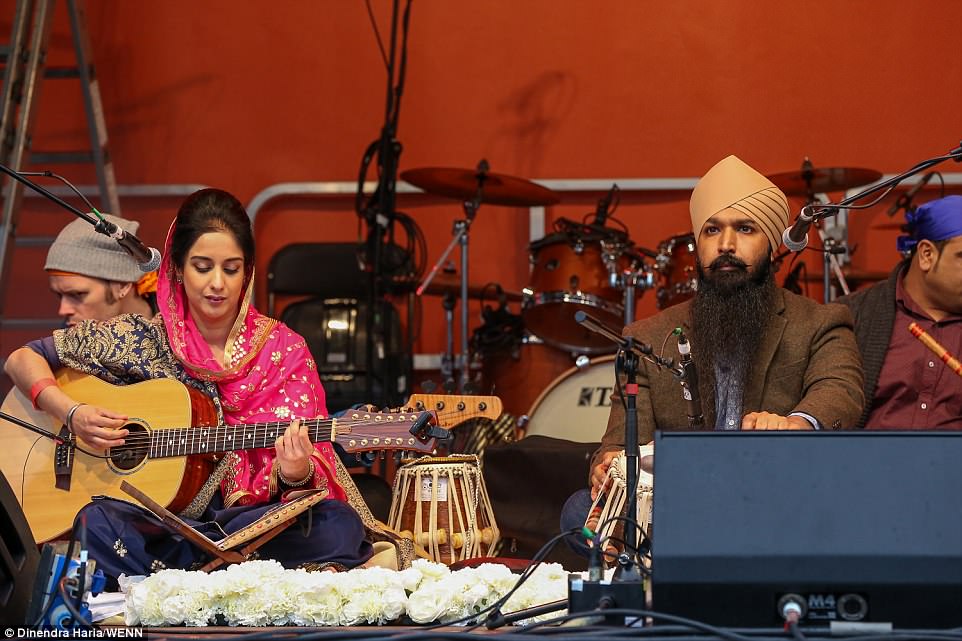 The event, coordinated by a Sikh group, is a celebration of Sikh and Punjabi tradition, heritage and culture, on the anniversary of Khalsa, which was founded in 1699 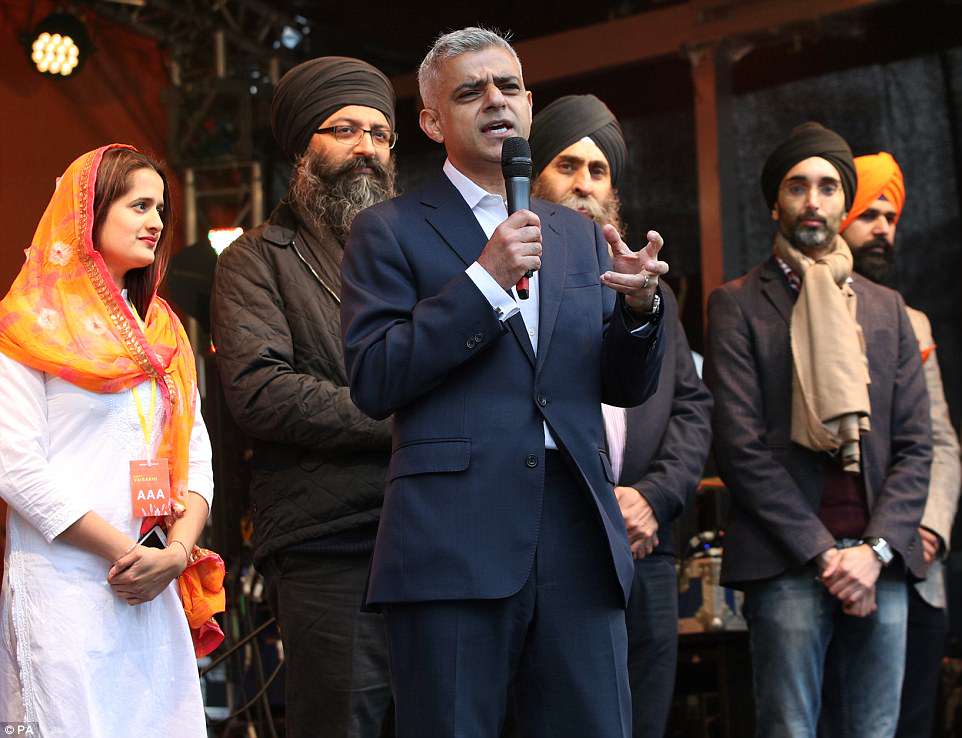 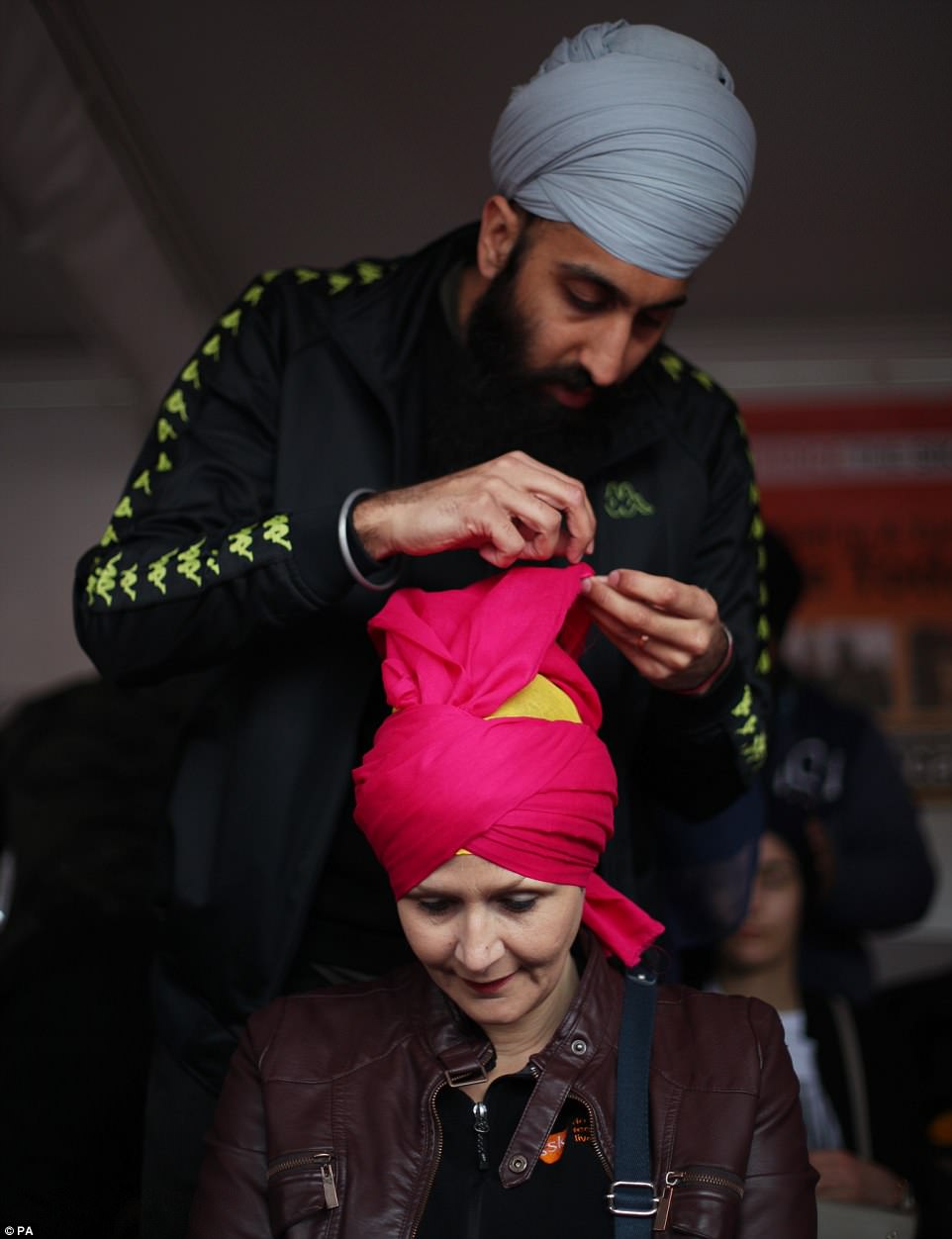 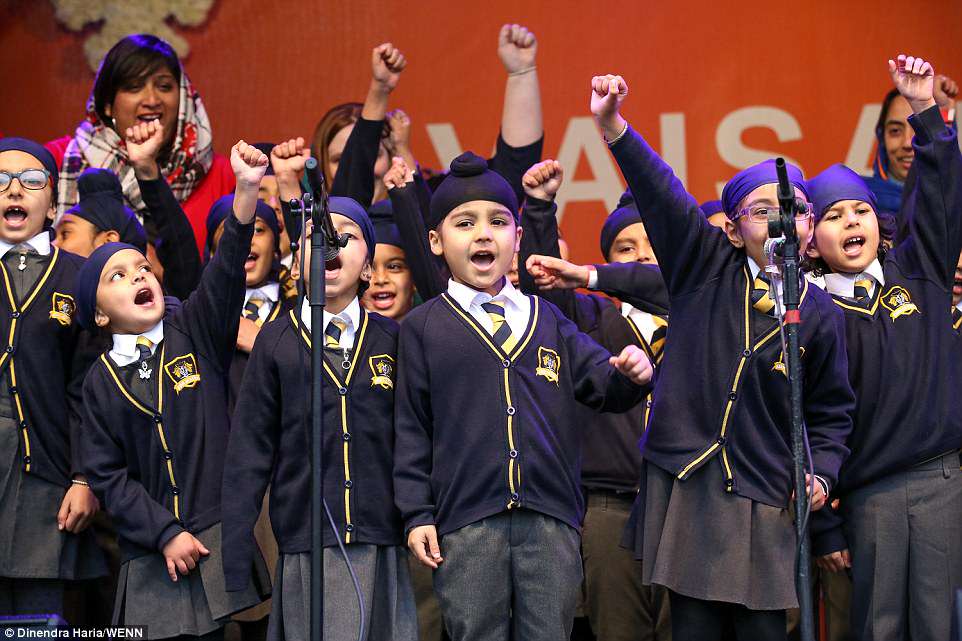 The event included schoolchildren who gave an enthusiastic perfomance on the stage in Trafalgar Square, in London 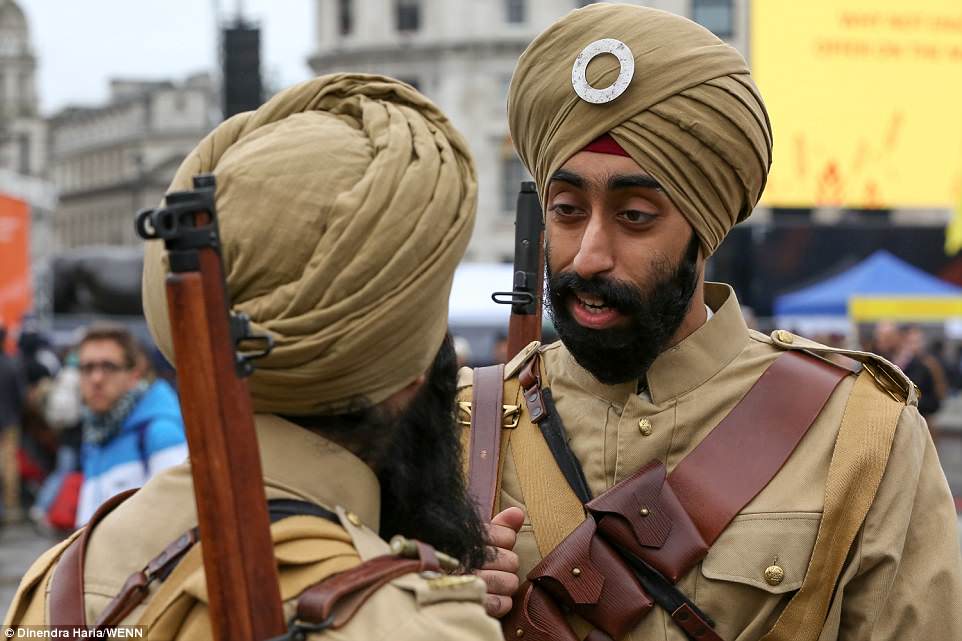 Men dressed in traditional uniform chat during the event, which celebrates the holiest day in the Sikh calendar 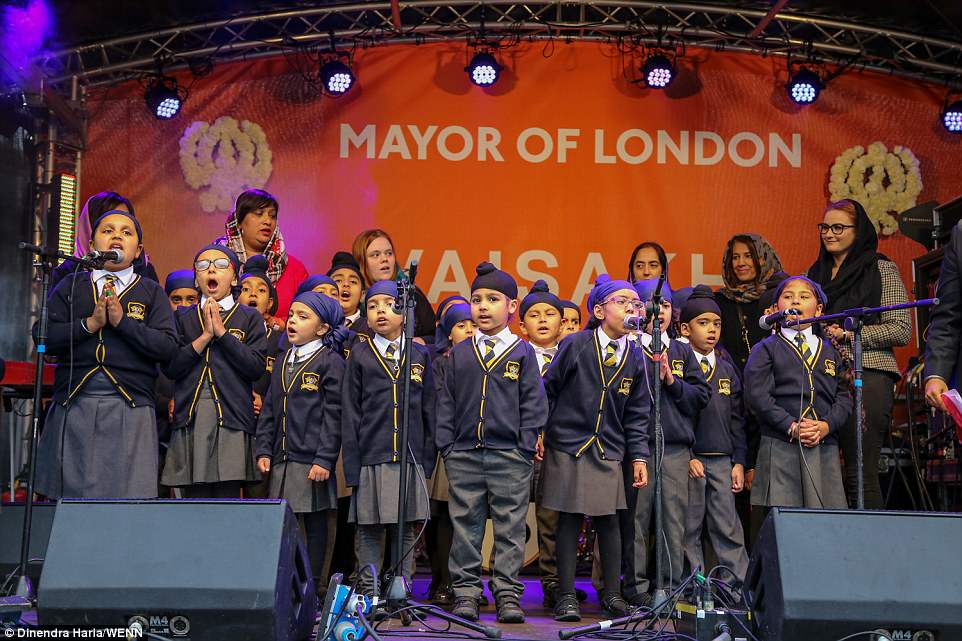 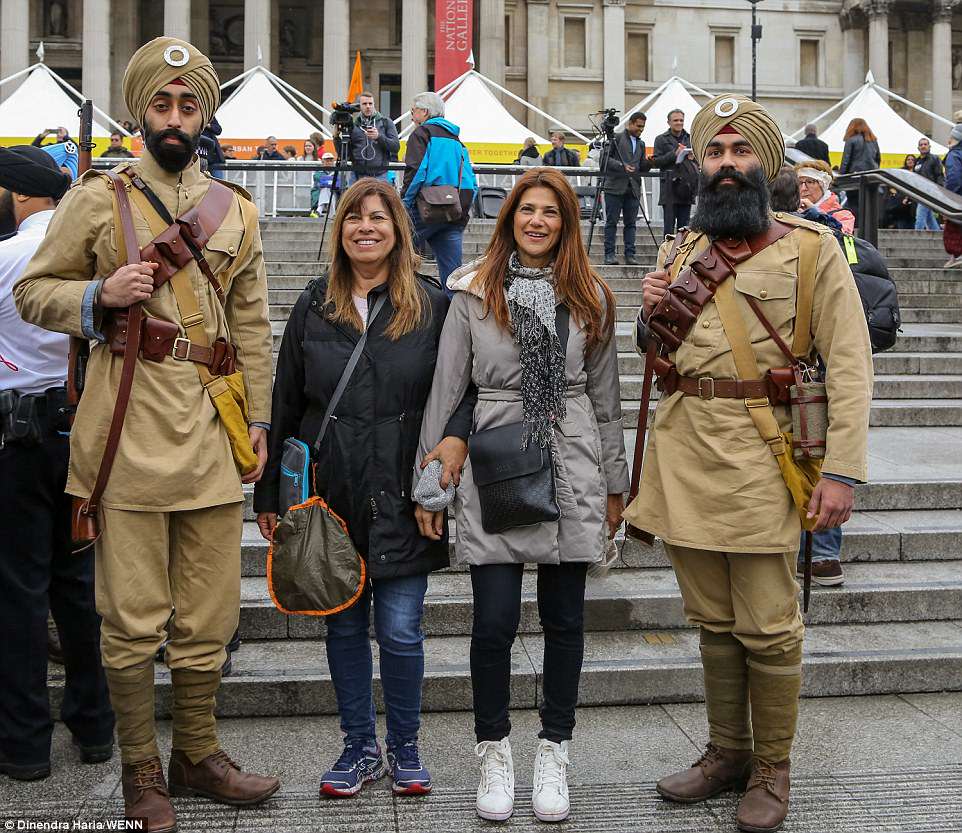 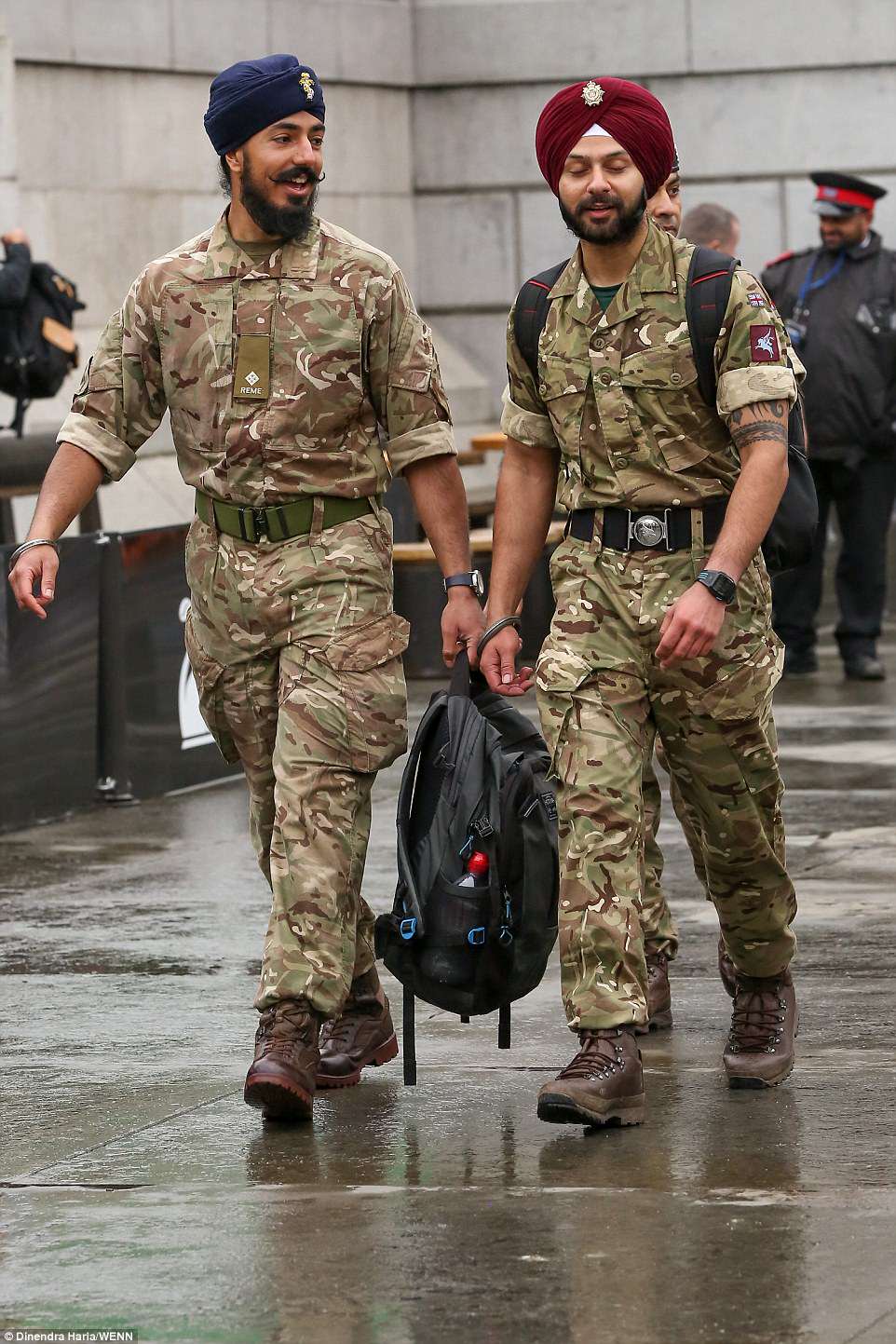 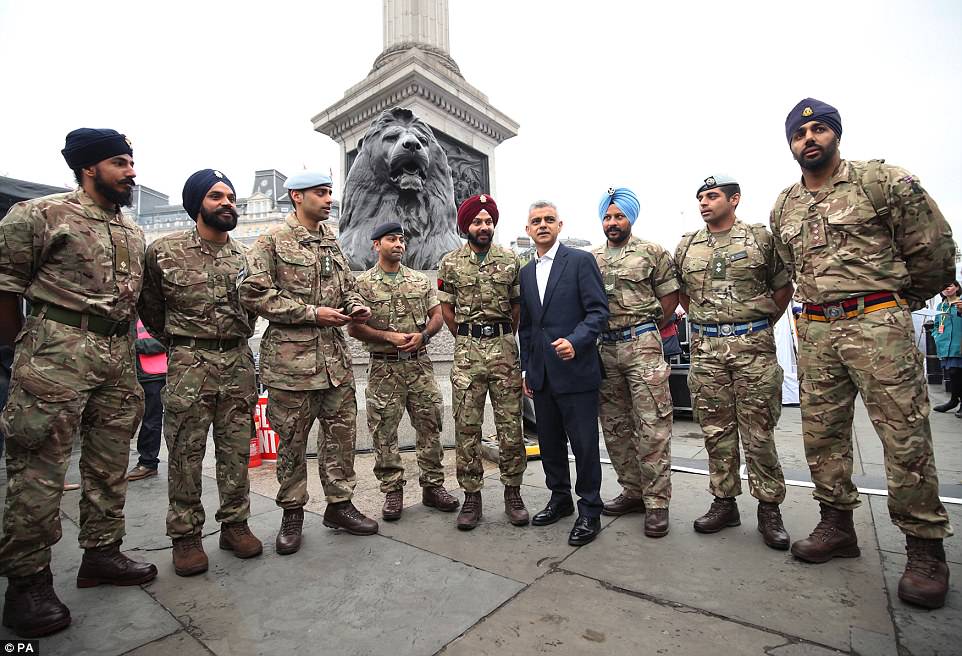 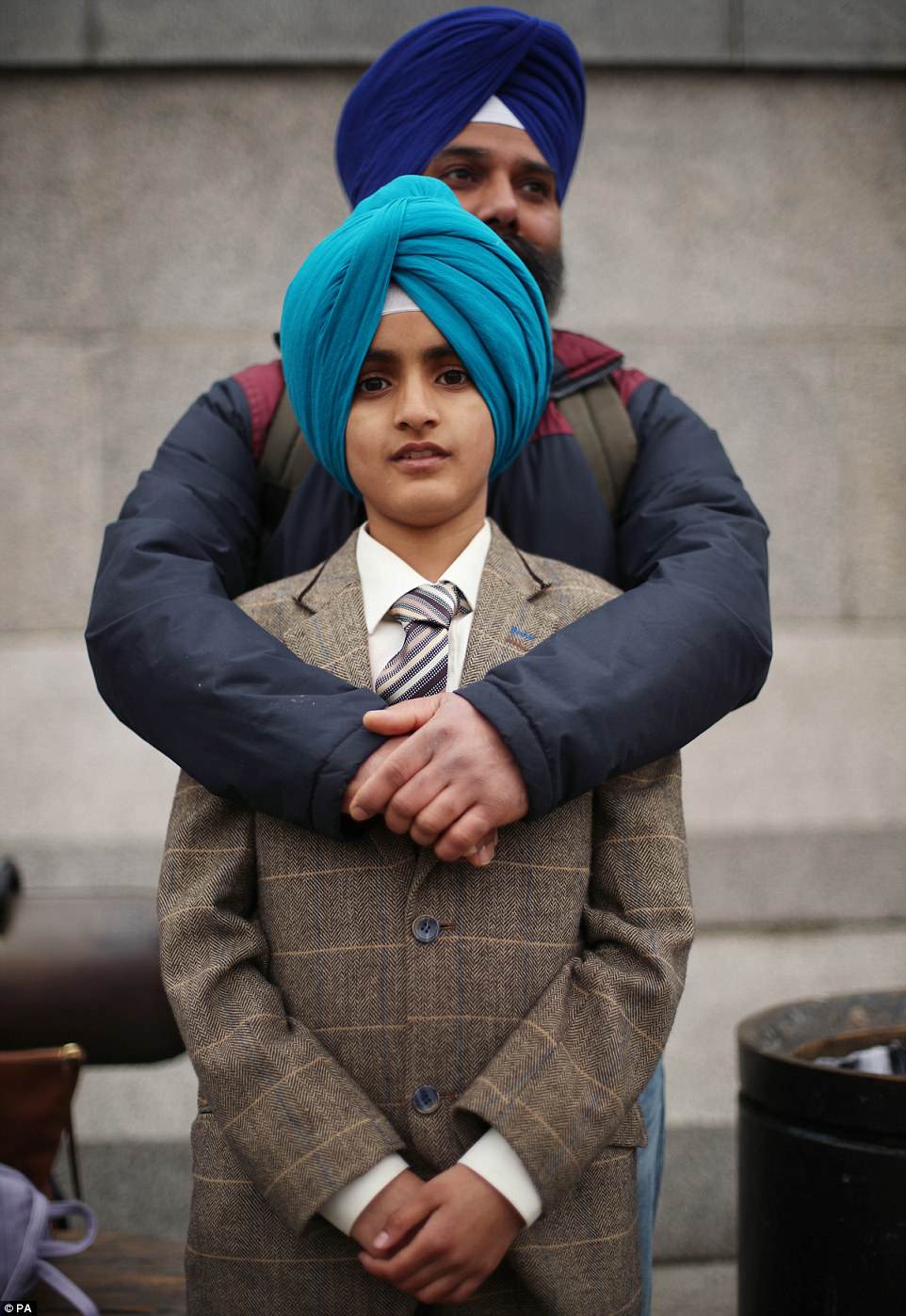 Surjit Singh with his son Ajit Singh, aged 10, during the Mayor of London Vaisakhi celebrations in central London gathered to mark the important date in the Sikh calendar 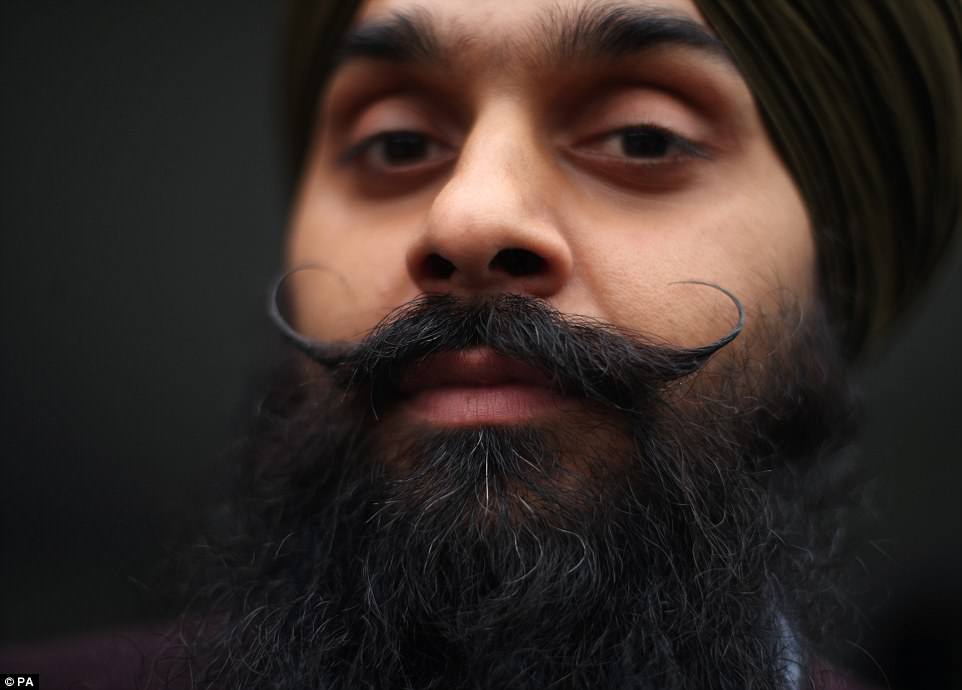 Jasdeep Singh, Community Curator of the National Army Museum, was among those to turn out in the capital to mark the Sikh New Year alongside the Mayor of London today 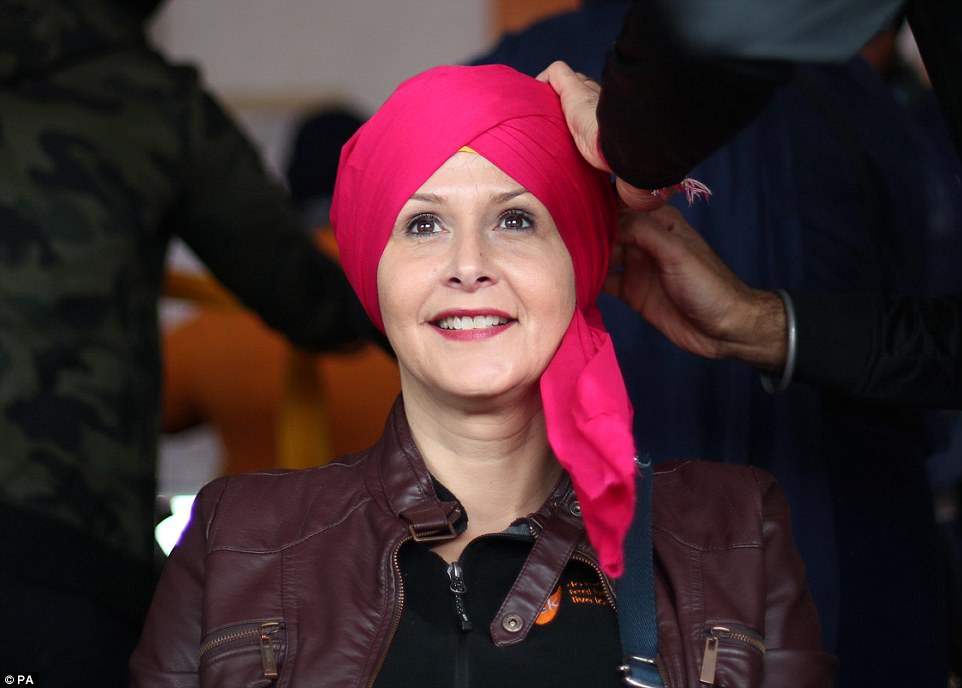 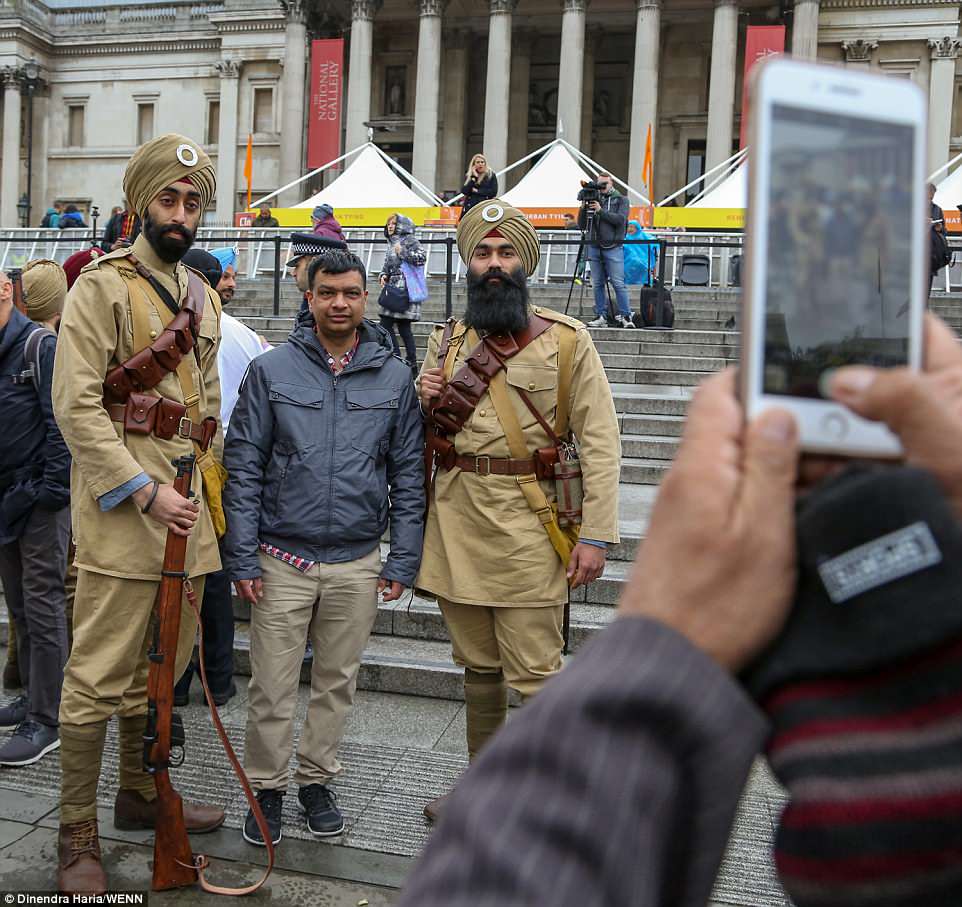 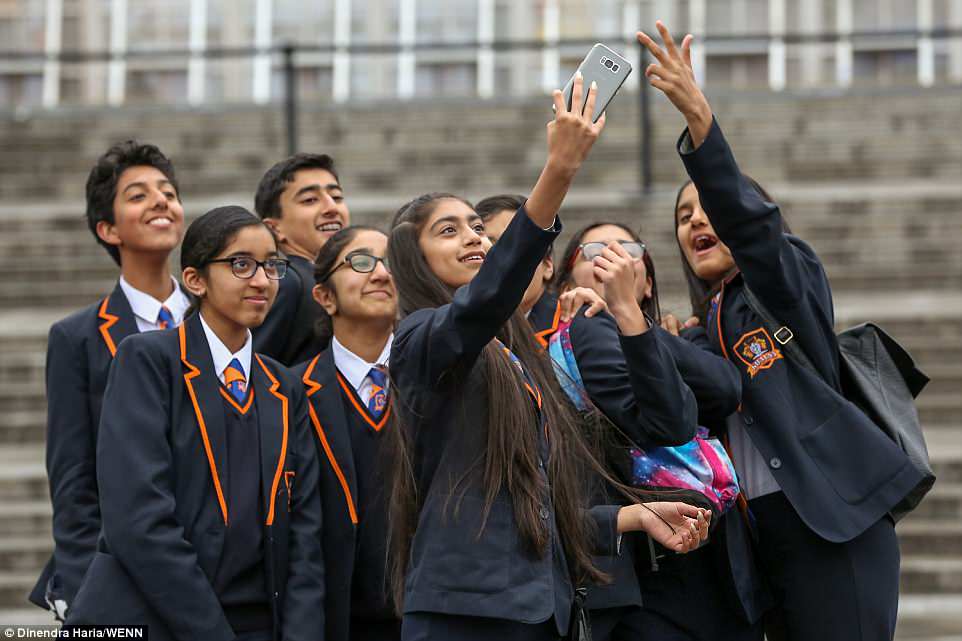