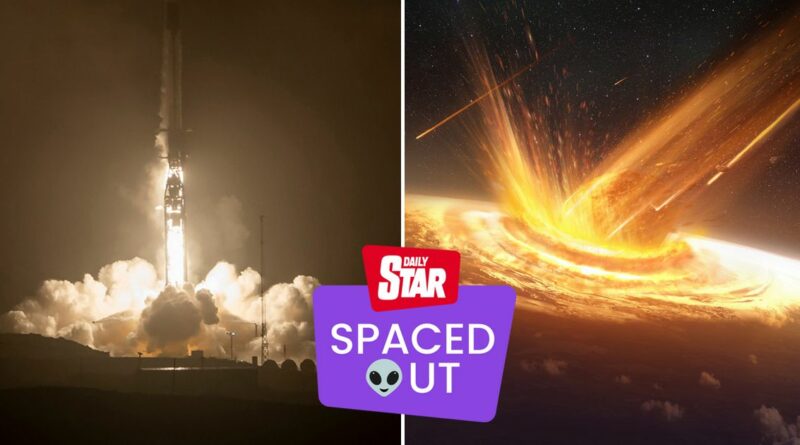 A high-tech simulator has made several eerie predictions on what could happen if NASA's latest mission fails next week.

On Monday, the asteroid-deflecting mission plans to deliberately crash into a 530-ft-wide non-harmful asteroid named Dimorphos at almost 15,000 miles per hour.

The mission, called DART (Double Asteroid Redirection Test), hopes to show that a spacecraft can deflect an object which could put Earth at risk.

Professor Gretchen Benedix, of the Space Science and Technology Center, told Newsweek: "Roughly an object 100 meters in diameter is likely to create a crater about 1 kilometre across on Earth.

"If that hits a densely populated area, that could be quite bad but overall not devastating for the region or the Earth. An object this size is estimated to hit the Earth every 10,000 years."

Researchers at Imperial College London and Purdue University, developed a stimulator tool which predicts the environmental consequences of an impact.

The team have since made a newer version of the tool which allows users to plot the possible outcomes onto a mapping tool which is similar to Google Earth.

Thermal radiation can be caused by an impacting object. If the space rock hits with sufficient velocity, it will create a fireball, according to the tool.

A blast wave could also form which is similar to an explosion in the atmosphere.

It can have enough force to take down trees, break windows, and even buildings in some cases if it is placed near enough.

A crater will then form as a result of the object making contact with land.

Co-creator of the tool Professor Gareth Collins said: "Depending on how far you are away, a certain thickness of dust will land on top of you. And in the very largest impacts, that can be significant.

"Whilst it's in the atmosphere, it can block out sunlight, and that's actually what we think was the main environmental consequence that led to the demise of dinosaurs—that there was a lot of very fine dust in the atmosphere for a long time blocking out sunlight and cooling the global climate."

Another life-threatening impact could be an earthquake – which is caused as the object hits Earth, by sending shock waves to the ground.

"So you would get significant ground shaking close to the impact," Collins added.

Lastly, a tsunami wave could be produced if the impact takes place in water.