Home » World News » Single use carrier bag price to double, with charge to be expanded

Plastic bag tax is set to DOUBLE: Price of a single-use carrier from shops will rise to 10p… and the charge will also be extended to include all small stores, markets and takeaways

Ministers will today land a major new blow in the war on plastic by doubling the price of single-use bags.

The bag tax will be increased to 10p and extended to all small shops, markets and takeaways.

The initial 5p tax resulted in the number of single-use carriers issued by the major supermarkets falling by 96 per cent, preventing billions of bags from littering the country.

From next April, the charge will be increased to 10p a bag in England. And the scheme, which currently applies only to retailers with more than 250 staff, will be extended to small firms.

A Government source said takeaways, markets and airport duty-free shops will all be covered by the charge, as well as corner shops and small high street retailers.

‘This is the end of the giveaway plastic bag,’ the source said. 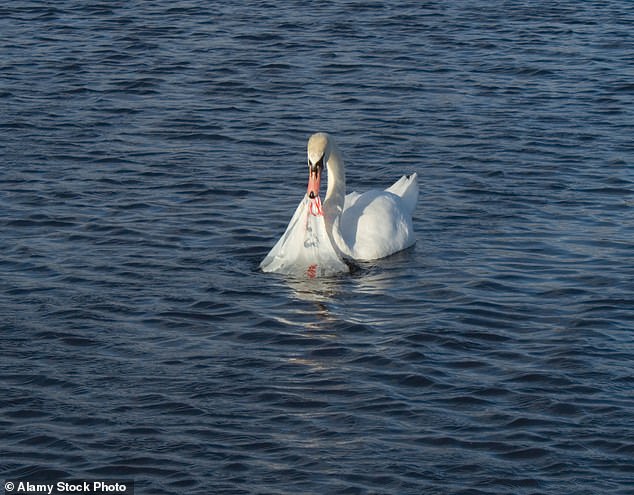 From next April, the charge will be increased to 10p a bag in England. And the scheme, which currently applies only to retailers with more than 250 staff, will be extended to small firms

Ministers hope it will lead to a major reduction in the 3.6billion plastic bags given away and our extension of the carrier bag charge will clamp down on the number of single-use bags that are mindlessly littered in our towns and countryside as we deliver on our commitment to build back greener after the coronavirus.

The Association of Convenience Stores said more than 70 per cent of small shops backed the extension of the levy, with almost half having already introduced the 5p fee on a voluntary basis.

The trade body said: ‘Charging for plastic bags is a popular measure with convenience stores, as it not only reduces the use of single-use bags but also allows those retailers to raise more money for local and environmental good causes.’ 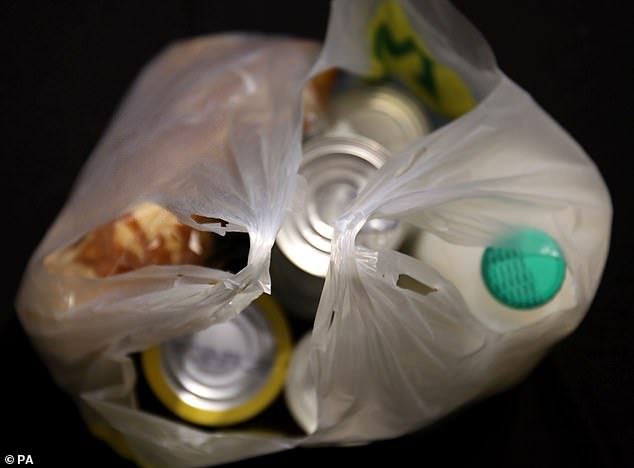 Small shops, takeaways and market stalls are set to be included in an expansion of the new 10p charge

The Mail’s campaign to end Britain’s plastic bag culture came amid growing scientific concern about the impact on the natural world – and heartbreaking pictures of wildlife, such as turtles and seabirds, killed by throwaway carriers.

It was fiercely resisted by the Treasury at the time, which wrongly claimed that the charge would have a negative impact on shoppers and retailers.

When the 5p charge was finally introduced in 2015, it prompted a massive and immediate change in consumer behaviour, with huge benefits for the environment.

It has also raised £178million for good causes.

The Marine Conservation Society says the number of disposable bags found during beach cleanups has fallen by 40 per cent since the charge came in.

The Mail has also run successful campaigns to outlaw the use of plastic microbeads in cosmetics, and the use of disposable plastic straws, which is due to be introduced in October.

The number of single-use plastic bags issued by the seven biggest retailers – Asda, Marks & Spencer, Morrisons, Sainsbury’s, The Co-op, Tesco and Waitrose – has fallen from 7.6billion in 2014 to 226million last year. 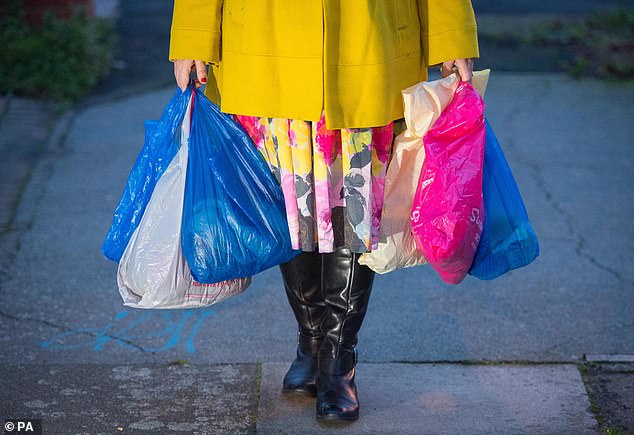 The number of single-use plastic bags issued by the seven biggest retailers has fallen from 7.6billion in 2014 to 226million last year

The 96 per cent decline means the average shopper uses just four disposable supermarket bags a year – down from 140 before the charge was introduced.

The total number of single-use bags issued by all large retailers covered by the scheme stood at 564million last year.

By contrast, the use of free throwaway carriers remains rife among small retailers, who were left out of the original scheme in England because of concerns about the administrative burden.

Figures suggest that in 2017, small retailers gave away a staggering 3.6billion single-use bags.

From April, they will be required by law to charge 10p for each plastic carrier they hand out. In a concession to small business, however, firms with fewer than 250 staff will not be required to report to the Government on the number of disposable bags they sell after the change comes in next April. 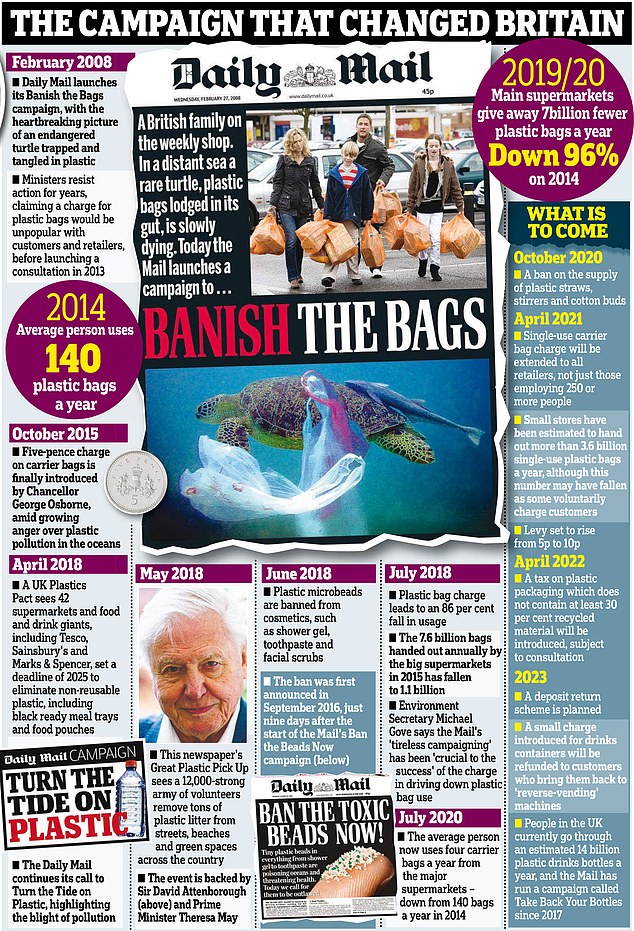 Small retailers in Scotland and Wales already have to charge a 5p plastic carrier charge.

The new extension of the scheme means single-use bags will now be provided free only in a small number of circumstances, such as the sale of raw meat.

A ban on single-use plastic straws, stirrers and cotton buds is due to come into force in October.

Ministers are also consulting on the introduction of a deposit return scheme for plastic bottles and have announced plans to bring in a tax on plastic packaging which does not contain at least 30 per cent recycled material.

Today’s move comes as ministers try to demonstrate that the Government is sufficiently on top of the coronavirus pandemic to get on with other parts of its agenda.

Reducing plastic pollution is a cause championed by Boris Johnson.