Stunned families of tourists watched as she wandered across a promenade in Barcelona, Spain, with no clothes on. 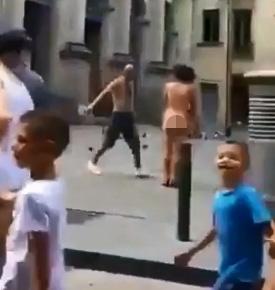 She was followed by a man in denim three-quarters who pointed back over at the lavatory before pushing her in that direction.

The naked woman appeared to resist quite forcefully as he locked the door shut and then stood guard outside.

It filmed in was filmed in the Raval district which has apparently become notorious for anti-social behaviour.

There is speculation the woman may have been the victim of a sexual assault, though this has not been verified. 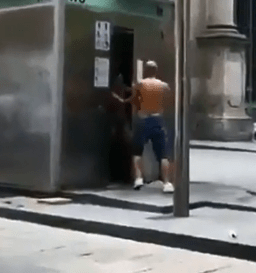 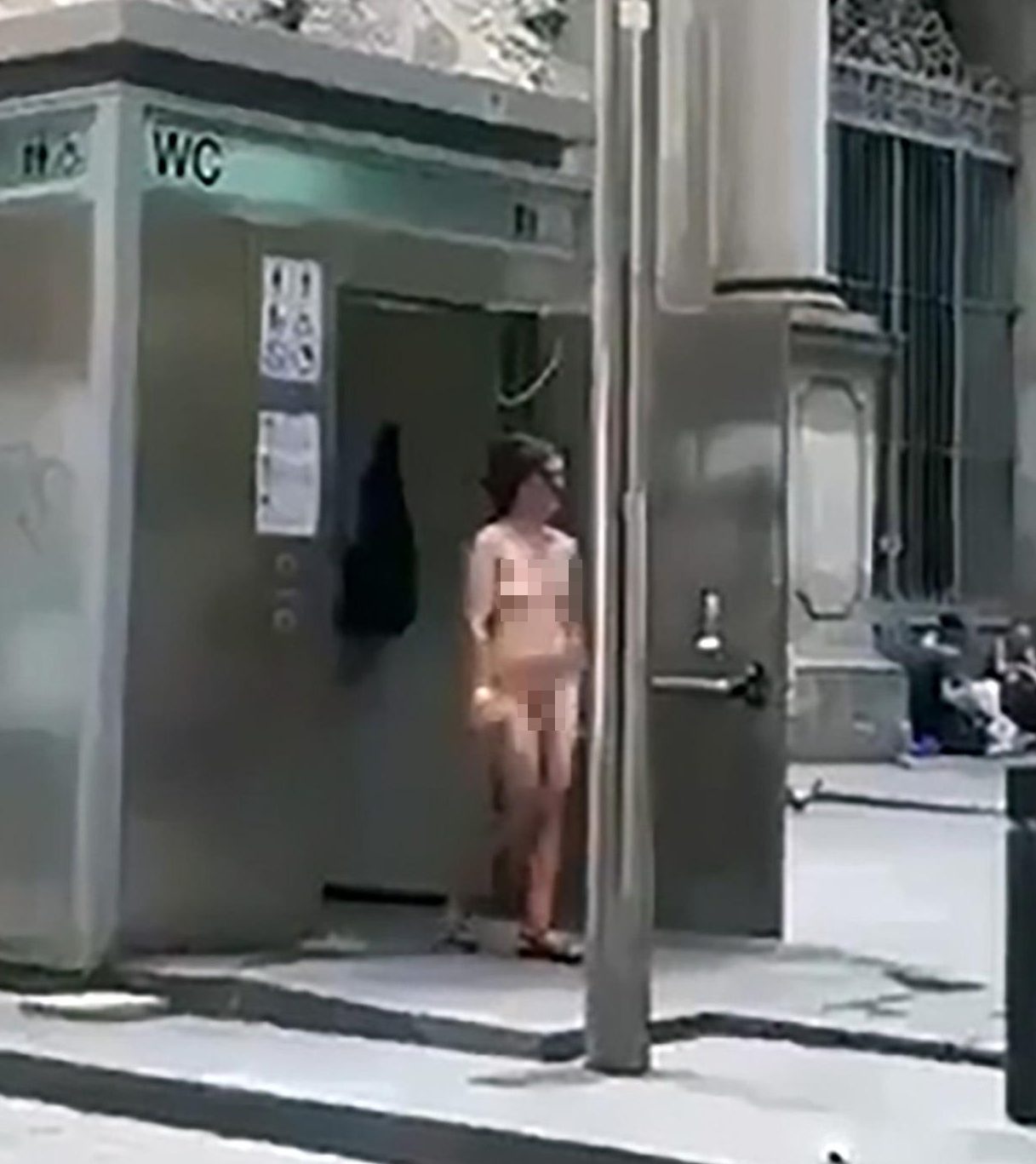 One local is reported to have said the woman is well known in the area as having mental health problems.

It was the latest incident to anger locals in the area.

A recent video from the bustling Ramblas region of Barcelona showed prostitutes in a mass brawl over prime spots.

Others captured drug traffickers attacking one another with baseball bats and a large group of women fighting in a children’s playground. 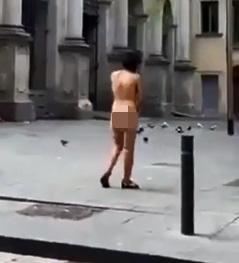 Some locals blame the large number of homeless in the area while others say its mayor Ada Colau's fault for not maintaining order.

Some claim she is only interested in getting involved in fashionable, symbolic causes.

Ivan Rivera, president of the Local Residents' Association, said: "Unfortunately this kind of thing is now part of every day life in the Raval."

Barcelona has undergone a huge make-over over the last 20 years and many feel Raval has been left behind.

Several commentators expressed surprise at the sudden uproar, arguing Raval "has always been like this".