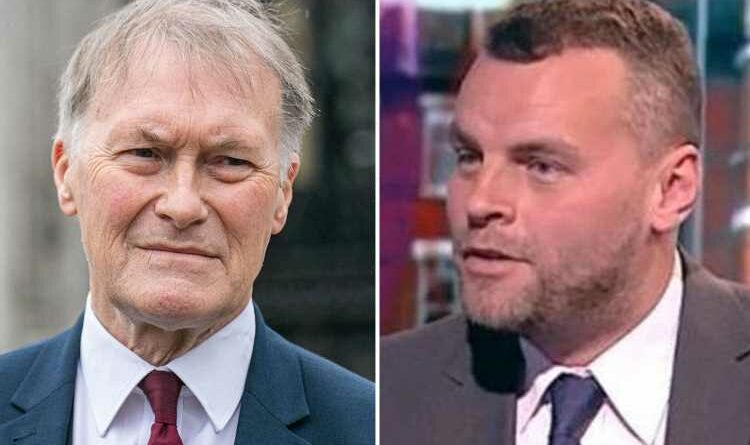 A FRIEND of Sir David Amess says the murdered MP helped him cope with his "mental health struggles".

Boris Johnson's former advisor Tim Montgomerie said Sir David, who was knifed to death at a constituency surgery yesterday, told him to "call anytime" during their last conversation. 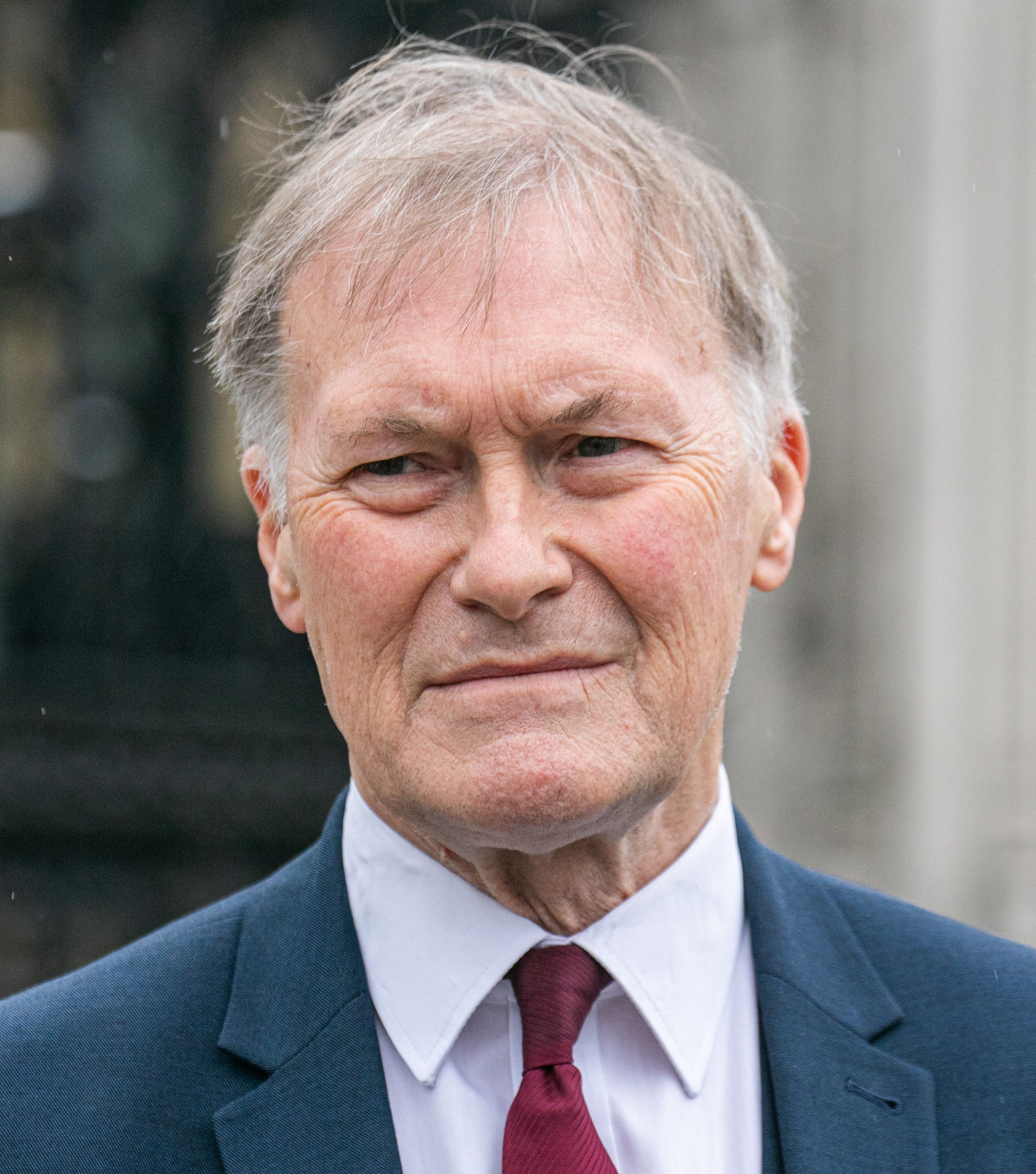 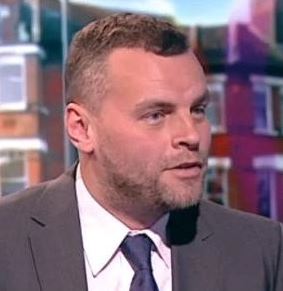 "I wasn't going to do any interviews but I felt I had to say something about my friend.

"I've had my own sort of mental health struggles recently and it was just a couple of weeks ago turned out to be the last time I spoke to David.

"David rang me and said 'how are you?'. And you know what British people are like – we say we're fine even when we're not.

"He pressed me and said 'I know you're not well at the moment'.

"A lot of people have spoken about his kindness in their tributes today but he was impish as well, he was funny in the conversation we had.

"He told me lots of silly jokes and he was just doing his best to lift my spirits.

"Just towards the end of the conversation he said 'I know you're not in the best place at the moment, but if it ever gets darker, you'll call me, won't you?'

"And I promised that I would."

The tragedy comes as…

Sir David was meeting with constituents in Leigh-on-Sea, Essex, when he was stabbed up to 17 times, according to reports.

A 25-year-old British national of Somali origin was arrested on suspicion of murder.

He is being quizzed by counter terror cops today and is feared to have been inspired by Islamic extremism.

It's understood the suspect lived in Sir David’s Southend West constituency after his family came to the UK from the war-torn East African country in the 1990s.

He reportedly booked a slot at the surgery to speak with the MP.

Police aren't looking for anyone else in connection with their investigation.

'HE WAS VERY SPECIAL'

Mr Montgomerie said there will be many who have been supported by Sir David.

"I think there will probably be an awful lot of people who would testify to those sorts of experiences with David Amess," he said.

"I've known him for 20, 25 years. He used to run the prayer receptions we had when I was running the Conservative Christian Fellowship in the House of Commons and at those events he took an interest in everyone who came.

"But one thing I would say to your listeners is in my experience of MPs on all sides – Labour, Liberal Democrat, SNP – there are bad apples in every barrel, we all know that.

"But most MPs are good people. They want the best for the country, for their constituents, for the causes that they came into Parliament to represent."

Presenter Tony Livesey then asked if the MP had ever mentioned concerns about his safety to his friend.

Mr Montgomerie replied: "His instinct was, we mustn't ever put barriers between us and our constituents.

"And seeing the sign outside the Methodist Church today saying 'come and meet you local MP'… I think obviously we have to do everything we can to think about how we can improve the safety of our MPs.

"But I think he'd hate the idea that because of the tragedy that has engulfed his family and those he loved today, that somehow MPs would withdraw from the public, and wouldn't meet them in the way that he met them.

"If there's any tribute that we can give to a very fine man who we've lost today it's to remember that the MPs we sometimes throw mud at – ask tough questions of – they're fellow human beings and most of them are wanting the same things all of us want.

"And kindness was one of David Amess' hallmarks.

"Perhaps as a society we need to show it a bit more."

John Lamb, councillor for neighbouring West Leigh, said Sir David was with two female members of staff – one from his constituency office and one from his parliamentary office – when a man "literally got a knife out and just began stabbing him".

Mr Lamb told The Sun that the two heroic staff — including PA Julie Cushion — were heartbroken.

He said: “They are devastated. I’ve no idea of the motive. He had no known enemies.

"I’m told the man was waiting calmly to be seen. It’s horrendous. So awful.” 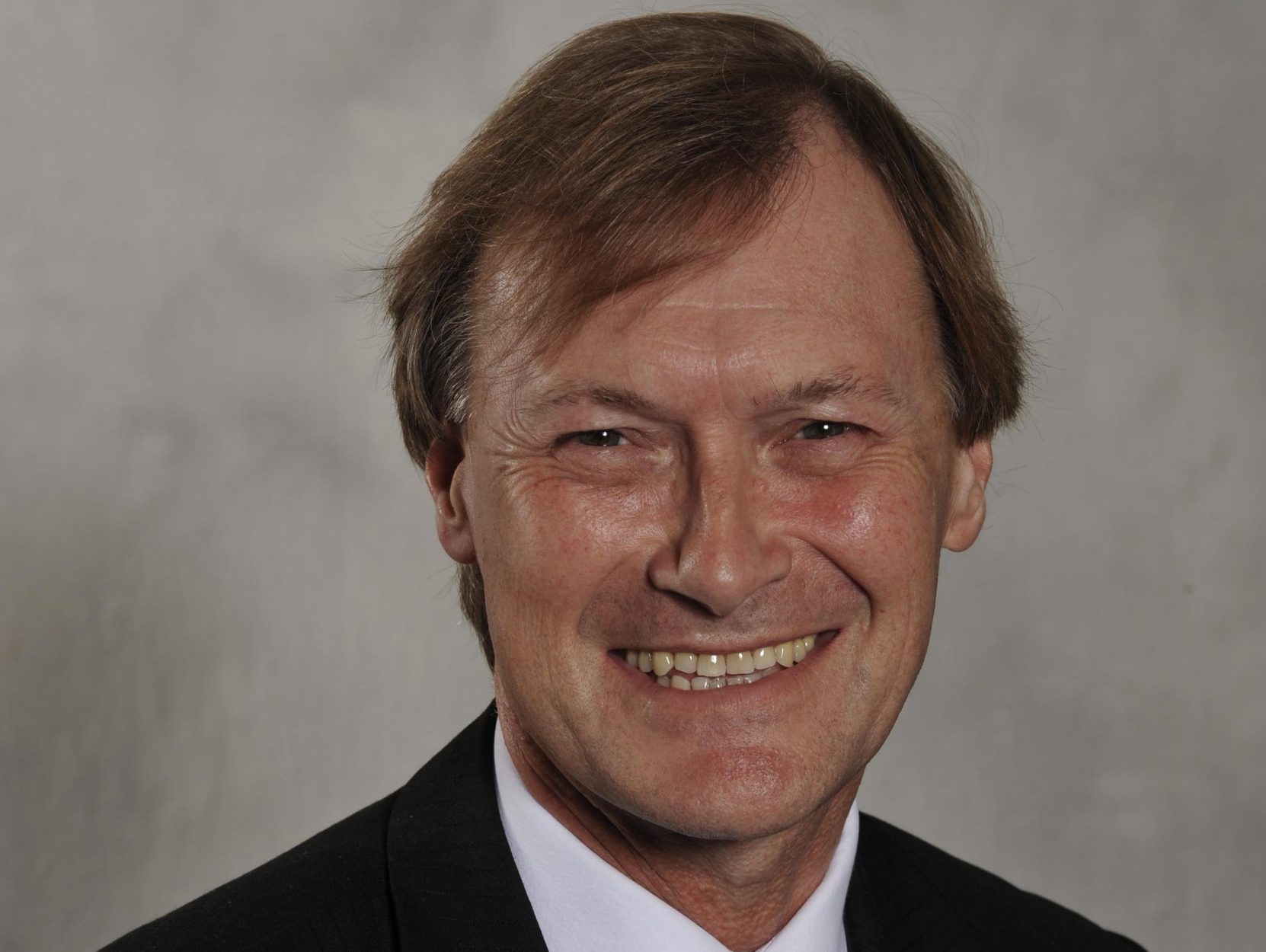 Sir David was one of the longest serving MPs in the House of Commons.

He was a backer of Brexit and supported leave in the referendum, saying it was "dangerous" and a "mistake" to Remain.

The lifelong backbencher never served in any top government positions but was well-versed in how to lobby ministers from the backbenches.

The MP long had a passion for animals and was patron of the Conservative Animal Welfare Foundation – along with the PM's wife Carrie. He also campaigned against fox-hunting.

On foreign policy, he voted for the Iraq war, but later was very critical about the failure to find any WMDs.

Earlier this year, Sir David launched a new campaign for a permanent memorial to Dame Vera Lynn, along with her family.

MPs said he was a genuinely well-respected politician and liked by members all across the spectrum.

He was married with one son and four daughters

Speaking at a press conference yesterday evening, Chief Constable Ben-Julian Harrington said the force will "keep an open mind" in their probe.

Cops say they do not believe there is any further threat to people in the area.

Many have paid tribute to Sir David, a married dad-of-five.

His death tragically comes just months after he begged the PM to tackle the knife crime epidemic plaguing Britain.

Mr Johnson last night led tributes to the MP, describing him as a "much-loved friend and colleague".

Mr Johnson said: "All our hearts are full of shock and sadness today at the loss of Sir David Amess MP, who was killed in his constituency surgery in a church after almost 40 years of continuous service to the people of Essex and the whole of the United Kingdom.

"David was a man who believed passionately in this country and in its future and we have lost today a fine public servant and a much-loved friend and colleague."

The Duke and Duchess of Cambridge also paid their respects this evening, saying they are “shocked and saddened” by Sir David's killing.

Prince William and Kate Middleton added their “thoughts and prayers” are with his family, friends and colleagues. 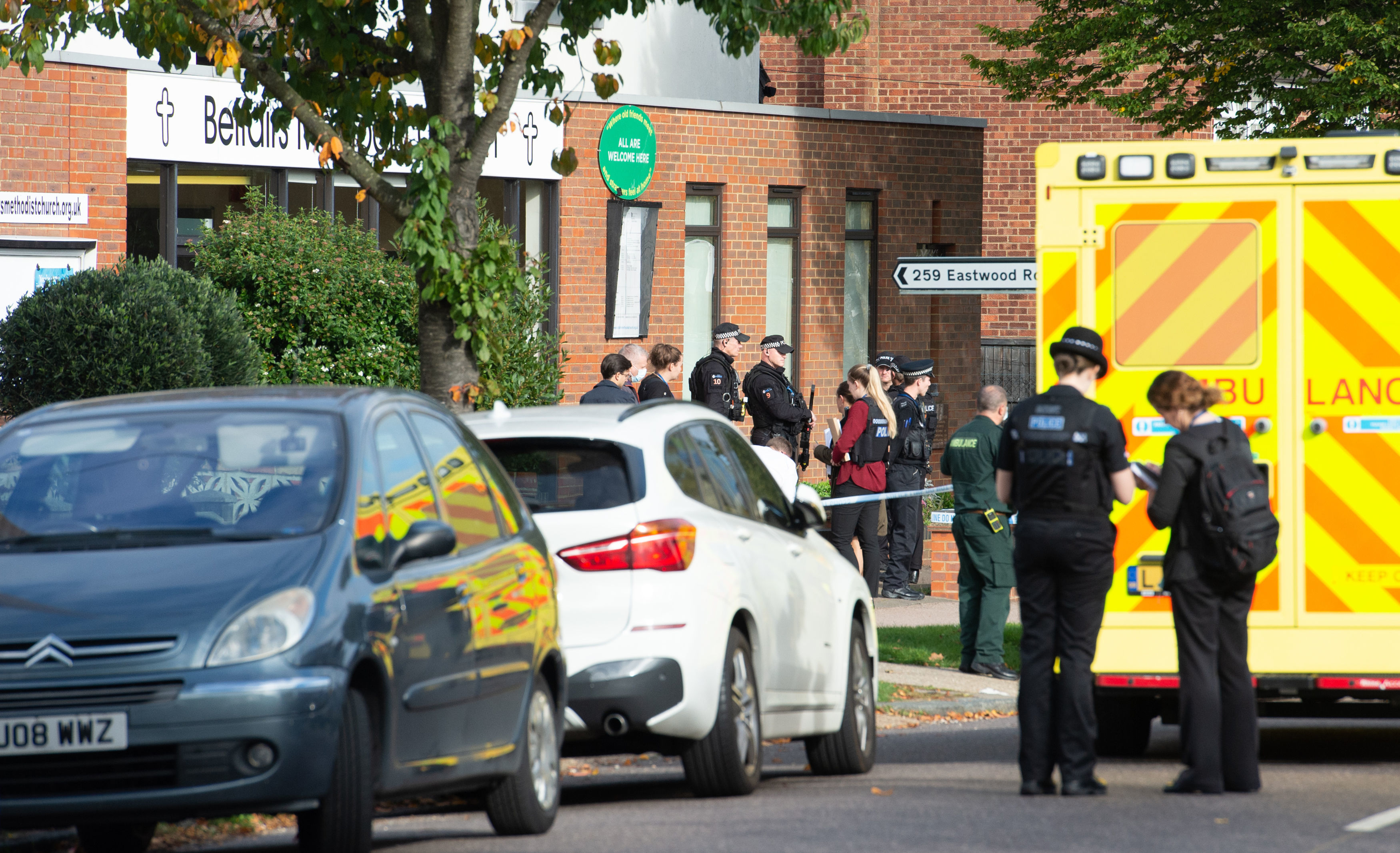 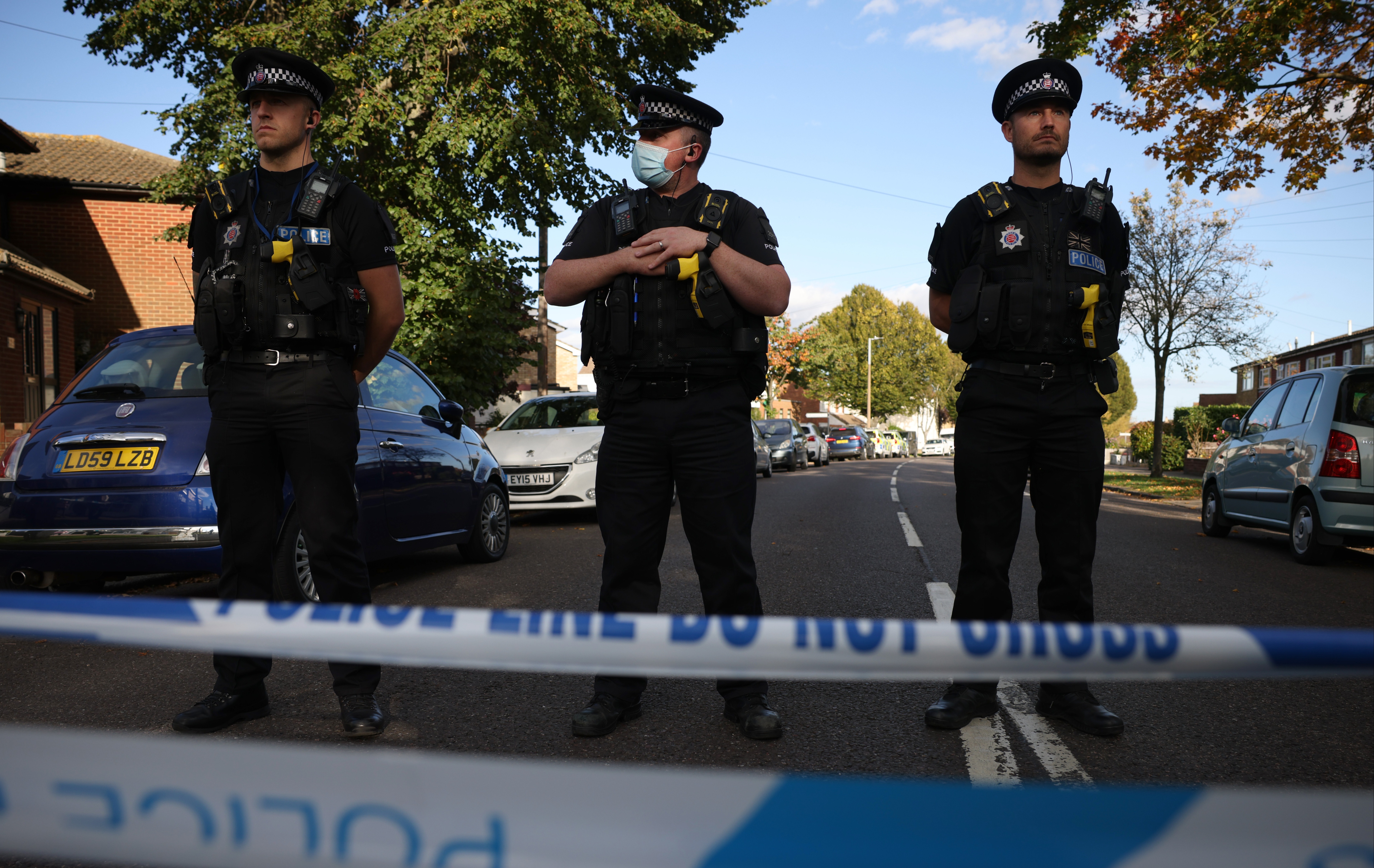 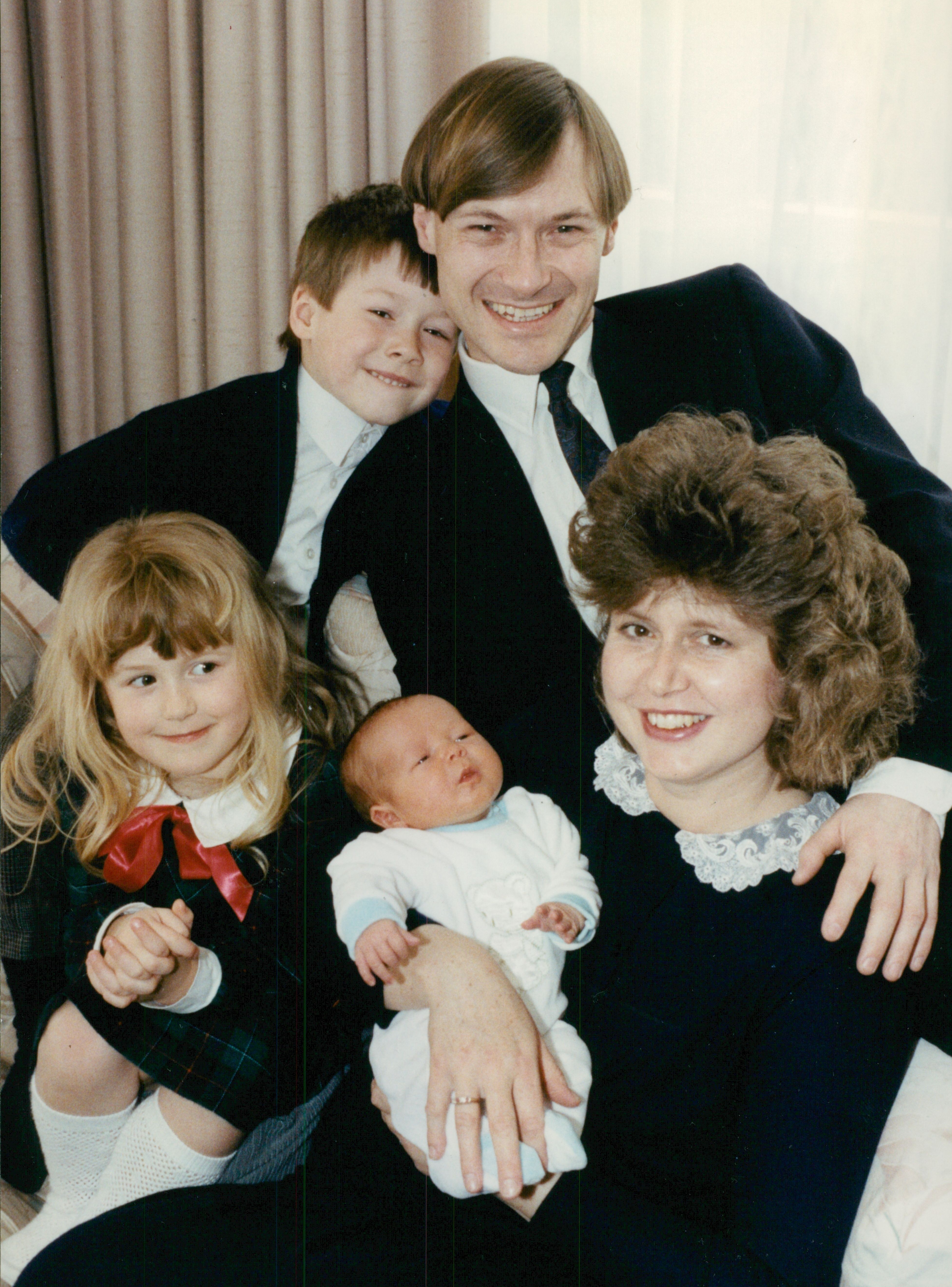