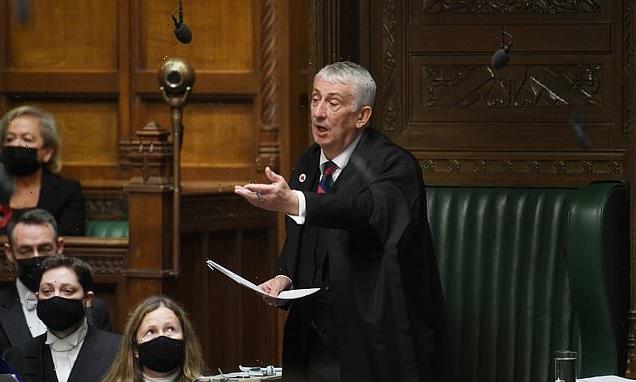 He is considering proposing a review of the Commons’ standards procedures in the wake of the Owen Paterson scandal.

Sources said the review was likely to be set up in consultation with standards committee chairman, the Labour MP Chris Bryant.

But Commons insiders said the Speaker would only make up his mind after a scheduled three-hour debate on the sleaze row.

Last night there were predictions that a review would lead to MPs found guilty of financial misdemeanours being able to appeal to a retired judge – one of the Tories’ key demands in last week’s stormy exchanges in the House. There are also suggestions that the review could include looking at how MPs were allowed to earn thousands of pounds from outside interests on top of their Commons’ salary of £81,932. 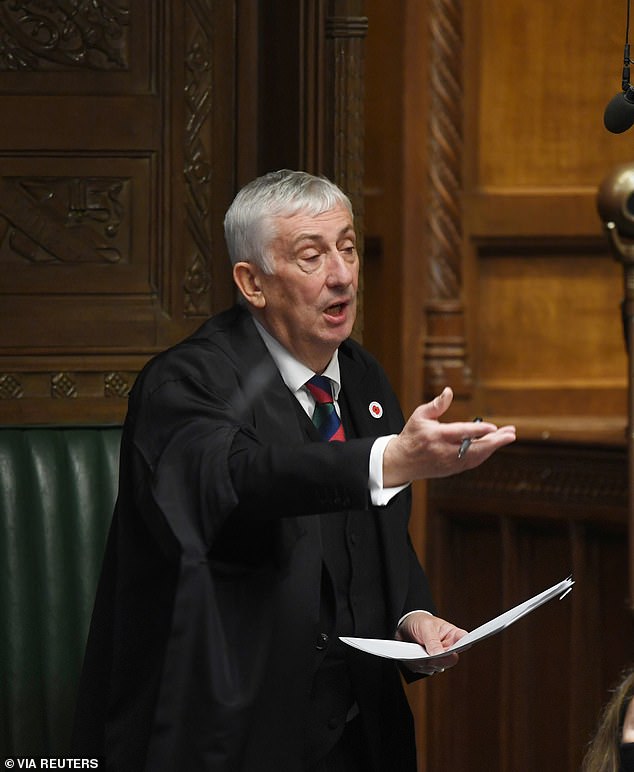 In tomorrow’s debate Labour, Liberal and Tory MPs are expected to vent their fury at Boris Johnson’s failed bid to use the verdict on Mr Paterson to demand reforms of the standards system.

In a sign of Tory anger at being ordered to vote to suspend the Paterson verdict only for Mr Johnson to abandon the plan last week, Yorkshire MP Philip Davies sent a blistering protest to Tory Whips. He wrote: ‘Please don’t ever ask me to vote for anything ever again. I voted yesterday (as you know under protest) for something to support the party in a tough situation, and get abuse from my constituents for it, to then find the party overturns the decision.’

Adding to the controversy, last night the Tory Party was accused of abusing the honours system by offering seats in the Lords to a select group of multi-millionaire donors who give more than £3 million to the party.

An investigation by the Sunday Times and the Open Democracy website reported that wealthy benefactors appear to be guaranteed a peerage if they take on the temporary role of party treasurer and increase their donations beyond £3 million. In the past 20 years, all 16 of the party’s main treasurers – apart from the most recent, who stood down two months ago after donating £3.8 million – were offered a seat in the Lords, they reported.

Last night a Government spokesman said: ‘Peerages reflect long-standing contributions to civic life and also a willingness to further contribute to public life as a legislator in the Second Chamber.

‘It is wrong to criticise individuals being honoured just because they have also chosen to support or donate to a political party.’