A mother-of-two died from sepsis five days after having a routine operation to have her gall bladder removed, an inquest heard.

A serious case review highlighted a string of failures after Tina Stone, 57, suddenly deteriorated in hospital.

Her heart-broken husband Adrian, of Sittingbourne, Kent, told the hearing: ‘There were so many failings from the beginnings, I can’t even count them.’ 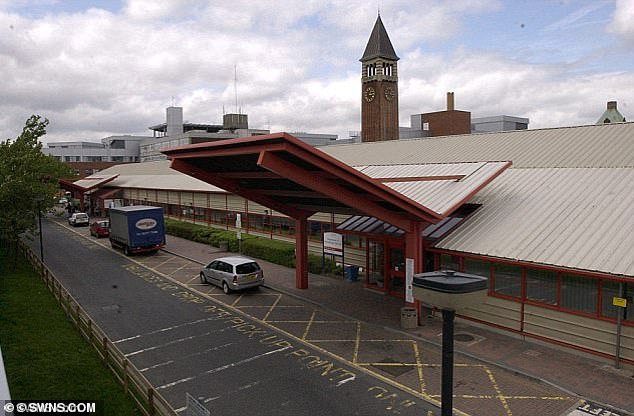 Mother-of-two, Tina Stone, 57, died from sepsis five days after having a routine operation at Medway Maritime Hospital (pictured) to have her gall bladder removed

An NHS report said shop assistant Mrs Stone should not have suffered nine months of worsening agony while on a waiting list until the op on February 22 this year.

Surgeons were not shown the results of a pre-op assessment held three days earlier which would have raised questions over whether the carry out the procedure.

She died after another gall stone was discovered in her bile duct following the op.

Dr Caris Grimes, author of the investigation report, described the failures and others as what ‘went wrong’.

They included Mrs Stone being admitted with gall bladder pain in May 2018 and staying on the waiting list while her pain worsened.

Dr Grimes told Canterbury Coroners Court: ‘If she had been seen earlier she wouldn’t have ended up in quite the severe pain she was in and she may have been able to have had a keyhole operation.’ 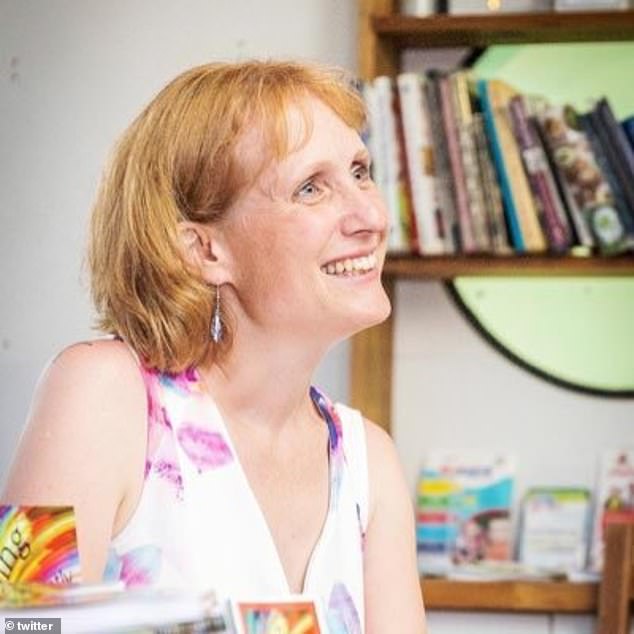 Dr Caris Grimes, authored the investigation report into Mrs Stone’s death. She said the mother should have been seen earlier

A post mortem revealed Mrs Stone died due to multi-organ failure as a result of biliary sepsis, after the operation at Medway Hospital in Kent.

The procedure was originally due to be done by key-hole surgery, but was switched to open surgery because of the size of a stone in her gall bladder.

Dr Divekar said Mrs Stone was transferred to ICU from the Ocelot Ward after becoming ‘very, very unwell’ two days after the op.

The team considered taking her back to the operating theatre in case there was a post-op biliary leak or sepsis.

Dr Divekar said a CT scan showed there was fluid – but not enough to be a leak, so it was not felt Mrs Stone needed further surgery but added: ‘But the fact was there, she was really unwell’.

Dr Krol took over from Dr Divekar in ICU and met Mrs Stone the next day.

She said: ‘She was critically unwell.

Dr Krol said she saw some fluid around the area of the operation on the CT scan, but was told it was consistent with what someone would have had following an operation.

It was decided to operate again on February 25 to clean up the fluidbile that had leaked inside her from the remnant and had not been collected by the drains.

She was also discovered to have another stone that had lodged in her common bile duct.

Mrs Stone initially showed signs of improvement but then suddenly deteriorated and died on February 27.

The NHS case review said the pre-op assessment had shown high levels of bilirubin in her blood.

Dr Grimes said the surgeons should have been aware of this, as such levels raise question marks about whether to go ahead and operate or have more tests.

No concerns had been raised as they had not seen the most recent results.

The inquest was adjourned to a date to be confirmed.