At least two people have died and flooding is expected to continue with more rain forecast and snowmelt expected. 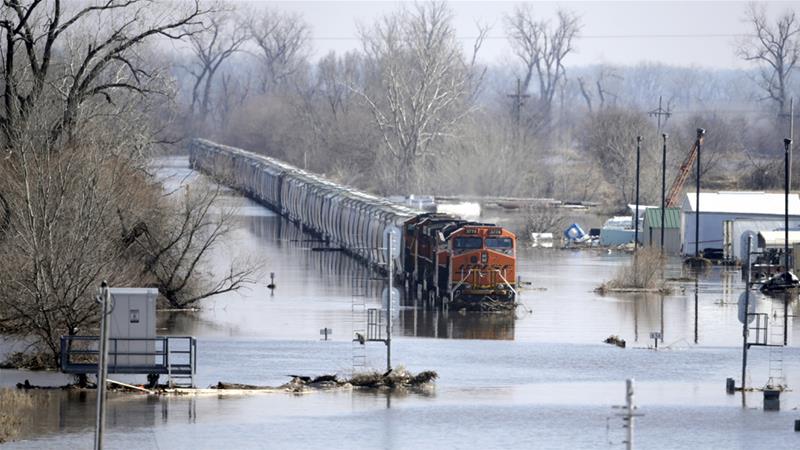 Record river flooding is now affecting six US states across the central Great Plains and the Midwest.

Last week’s major storm that crossed much of the central and eastern part of the country kicked off the flooding when it brought heavy rain along with warmer air, which triggered a widespread snowmelt.

As of Sunday, 40 locations have reported new record-high river levels across the states of Nebraska, South Dakota, Iowa, Illinois, Wisconsin and Minnesota.

Hundreds of people were forced to evacuate their homes as rivers have overflowed banks and several levees failed. 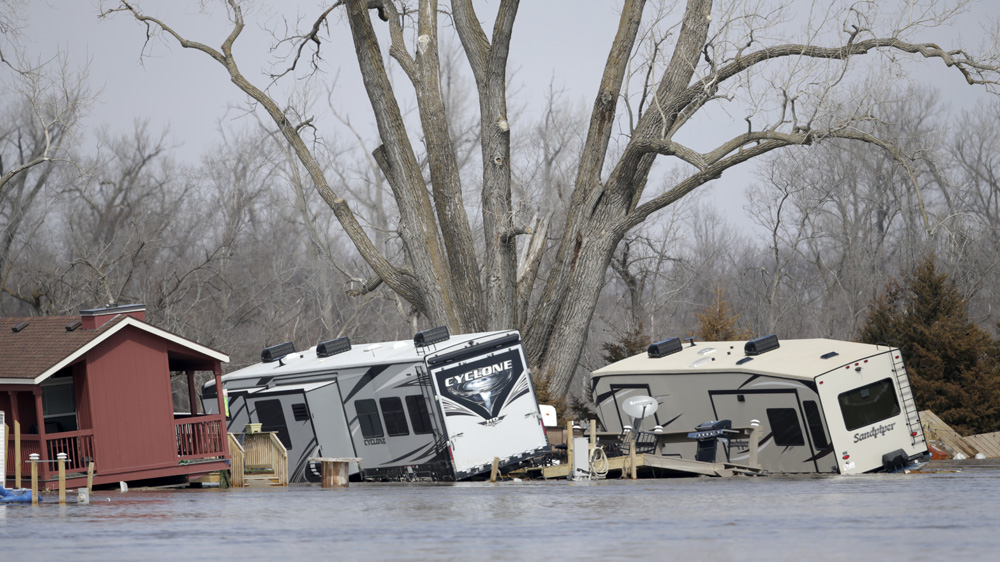 “Major to historic river flooding is expected to continue across parts of the Missouri and Mississippi River Basins due to rapid snowmelt the past few days,” the US National Weather Service said.

“Flood warnings and advisories remain in effect, mainly across eastern Nebraska and into parts of Iowa.”

In Nebraska, at least two people died due in the floods and another two are missing.

While some upstream rivers have begun to recede, rivers downstream are expected to rise further, with some reaching major- or record-flood stage later this week.

At its highest point, the Missouri River was expected to crest at around 14.5 metres, beating its 2011 record by more than 30cm.

Beginning Tuesday, there is rain forecast for the mid-Mississippi valley which could further aggravate the flooding situation. The rain is not expected to be heavy, but the soil is already saturated and rainwaters will drain into swollen rivers.

Later in the week, skies will clear, but warmer weather that will melt more of the snow across the northern Plains and Great Lakes, helping to keep rivers and stream elevated through next week.

As spring continues to unfold in the coming weeks, more flooding events like this could be seen across the region.

There is still over half a metre of snow on the ground across some of the northern tier states, which will take time to melt. This stored water along with more spring storms will likely keep much of the low-lying Plains and Midwest states flooded for many more weeks.