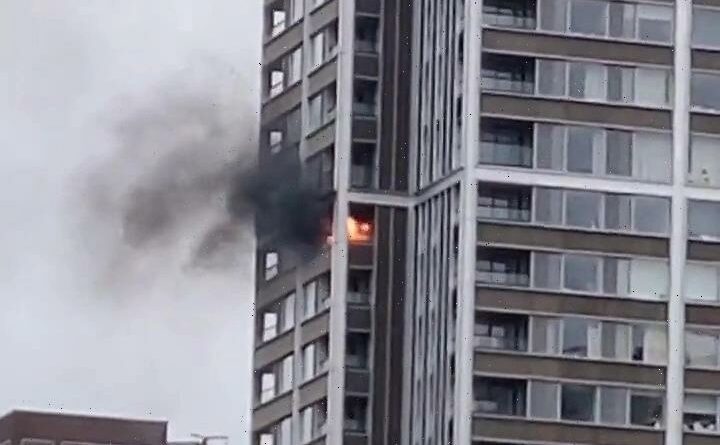 DOZENS of firefighters raced to tackle a huge blaze in a high rise block of flats after it broke out in South London.

Eight fire engines and around 60 firefighters have managed to get the fire on Deacon Street, near to Elephant and Castle under control. 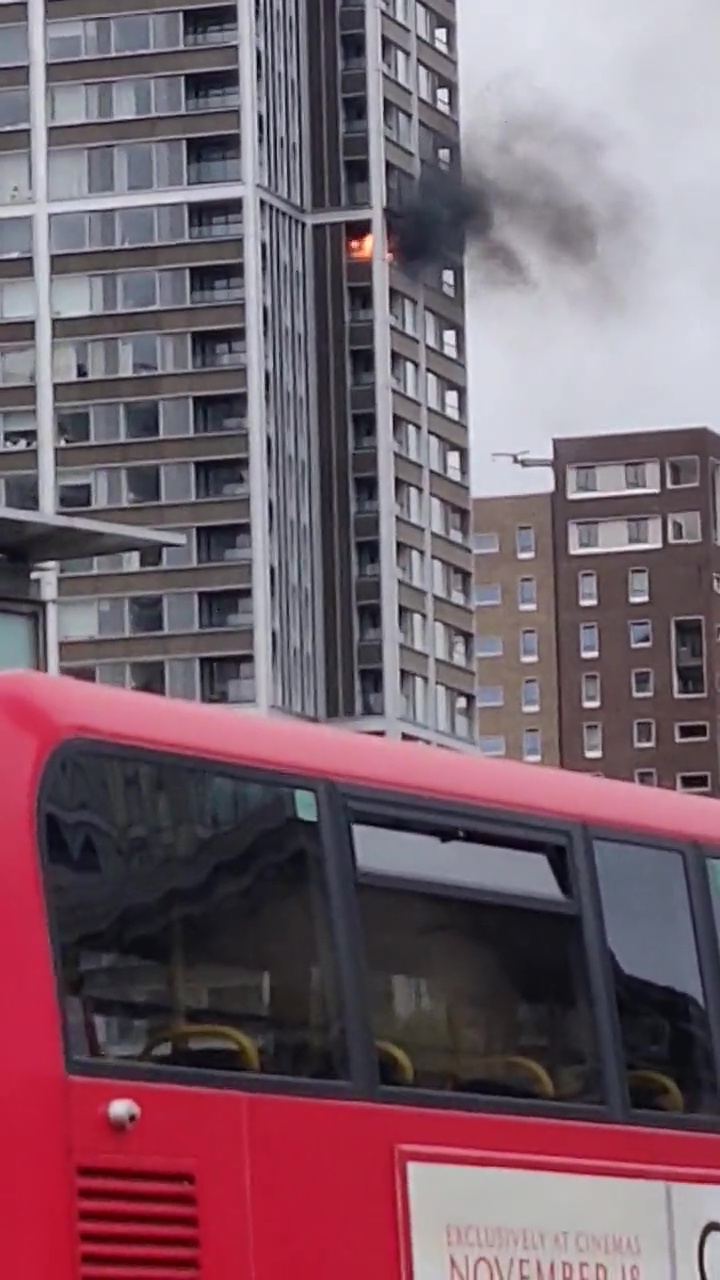 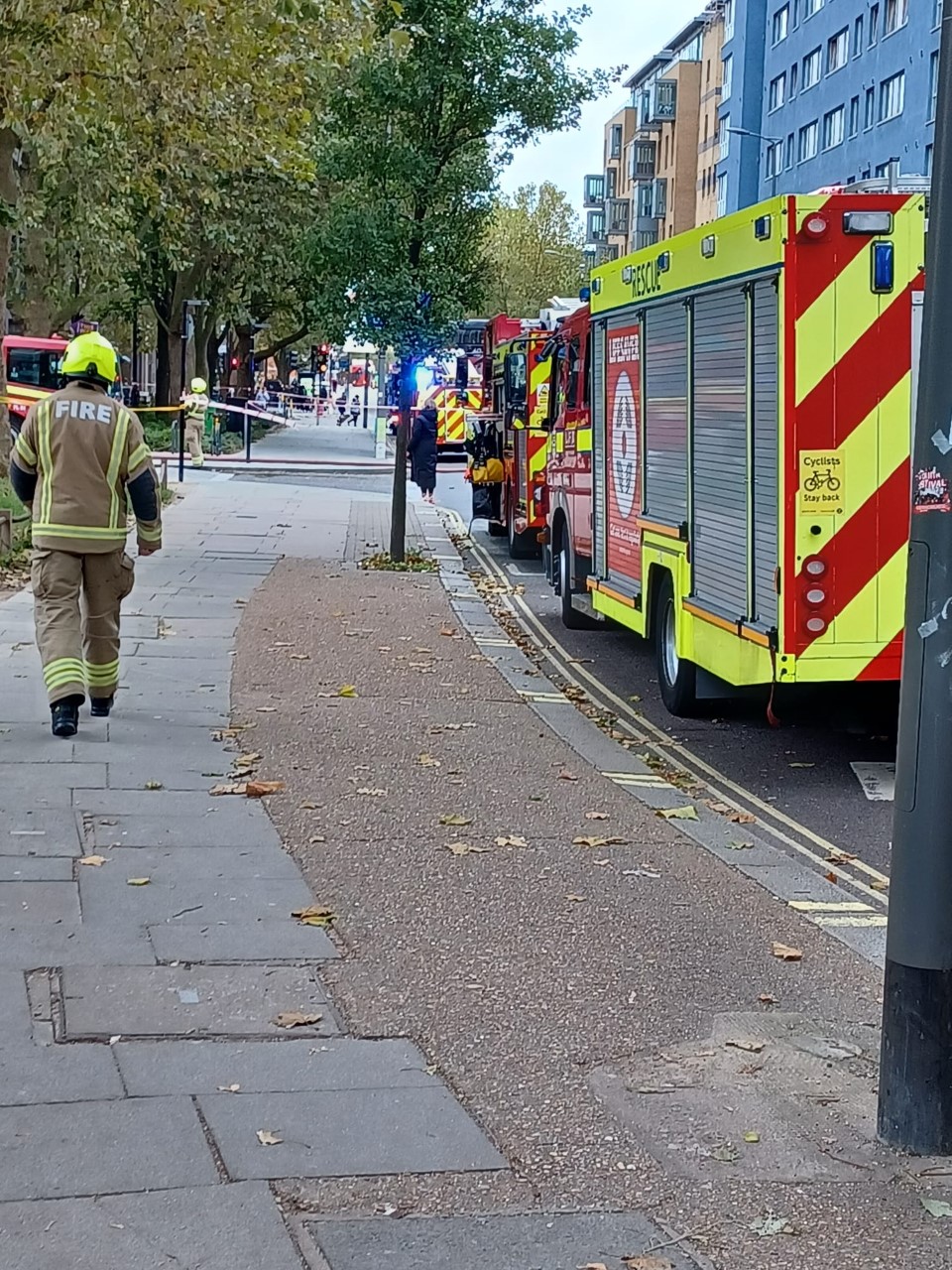 The flames broke out at just before 11am this morning, with fire crews confirming that a balcony at Hurlock Heights is alight on the 18th floor.

Currently the cause of the fire is not yet known, but black smoke could be seen billowing from a corner of the block of flats.

The blaze has broken out just yards from where a fire broke out at a car repair garage in June.

Flashes of fire and flames could also be seen through the windows of the property as firefighters fought the blaze.

London Fire Brigade confirmed that the fire is now under control, but three floors of residents were evacuated.

Station Commander Dave Hill, who is at the scene, said: "Firefighters are making steady progress at the scene of the fire in Elephant and Castle.

“A road closure is in place and there is heavy congestion.Crews evacuated residents on three floors of the building who were affected by the smoke.

“There are currently no reports of any injuries. The brigade’s drone team assisted by providing an aerial view of the incident.

“We encourage people to avoid the area.”

Emergency services have taped off Walworth Road as firefighters are seen working inside the block.

Valeria Monterosso, 22, who lives in the block of flats, said she was at her friend's home nearby when the blaze broke out.

She said: "I heard ambulances and went outside because I thought I should check on my dog, Marcello. I walked over and saw about 15 trucks and thought, 'oh my God'.

"I saw smoke coming out of it and was just concerned if everyone was OK. I've asked and they've (the emergency services) told me everyone is fine.

"My dog is still inside and I'm worried about him, but the police have told me it's going to be a few hours until they let us back in."

The blaze comes four years after the Grenfell fire which took the lives of 72 people and left hundreds without a home.

An investigation revealed that the fire started due to the cladding used which was highly flammable. 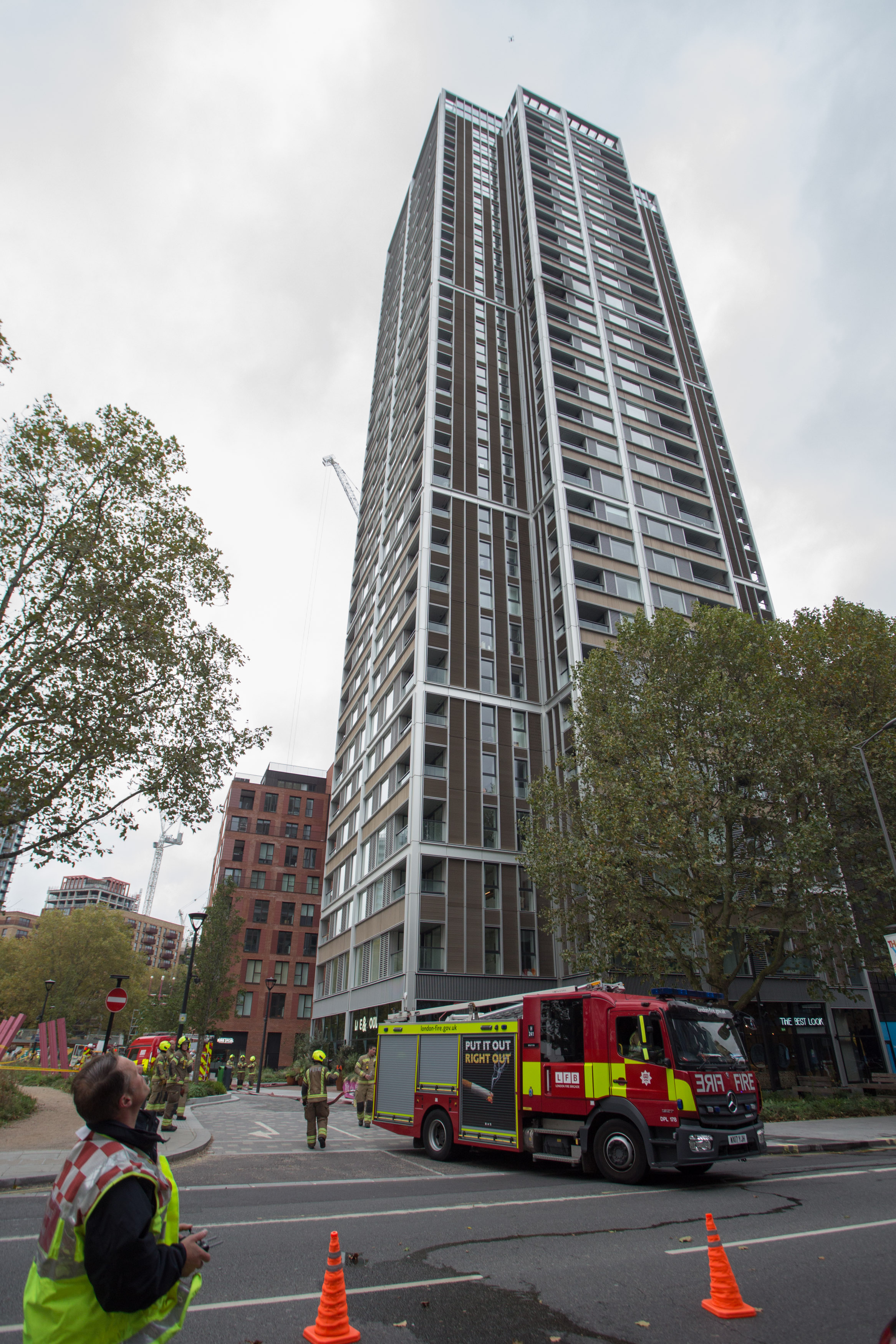 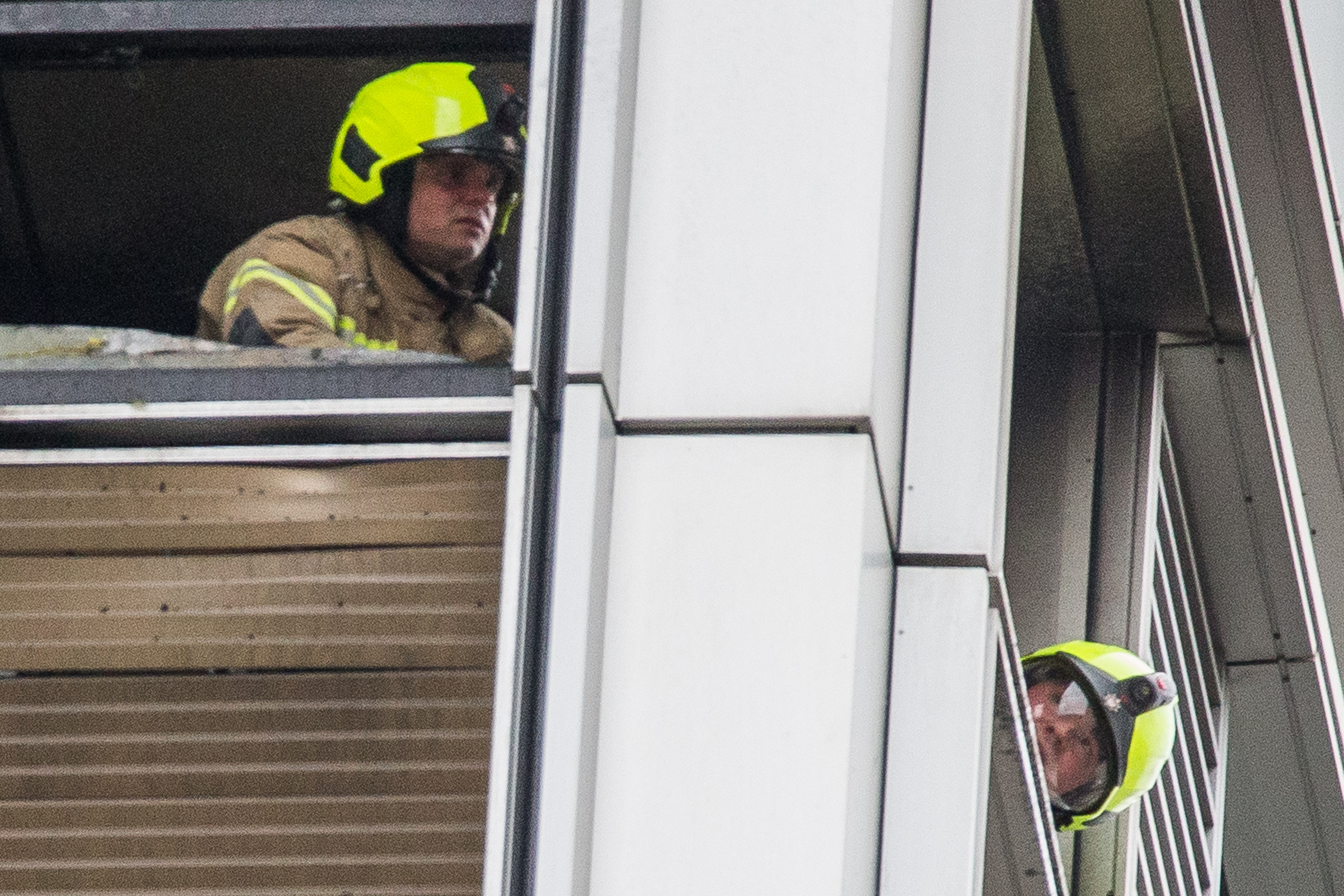 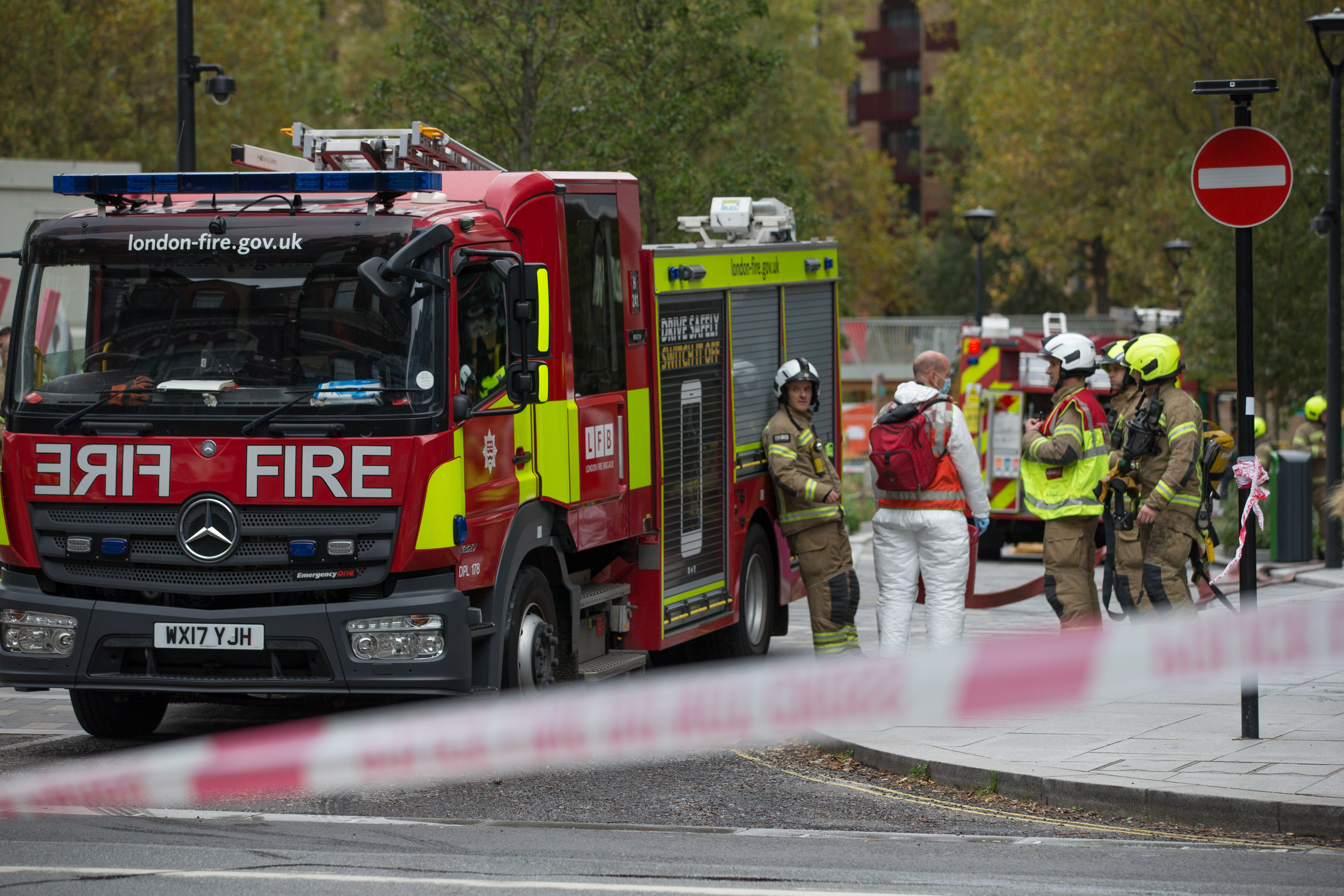