Skull of young man dating back 8,000 YEARS is found by two kayakers during drought in Minnesota River as Native Americans slam officials for posting ‘offensive’ picture of it on social media

A pair of kayakers stumbled across the skull of a young man in a drought-stricken portion of the Minnesota River last summer – and officials now say the skull is 8,000 years old.

Local authorities announced the find – made by two unidentified boaters in September, about 110 miles west of Minneapolis near Sacred Heart – last week.

Officials also added that the man died of a severe head wound.

Native American groups are now slamming those lawmen, however, for sharing pictures of the skull on social media, since it most certainly belongs to an ancestor of one of the local tribes in the area.

‘It was a complete shock to us that that bone was that old,’ Renville County Sheriff Scott Hable told Minnesota Public Radio of the discovery – one of the oldest human remains excavations in recent history – Wednesday.

‘I don’t think anybody was anticipating the news to come.’ 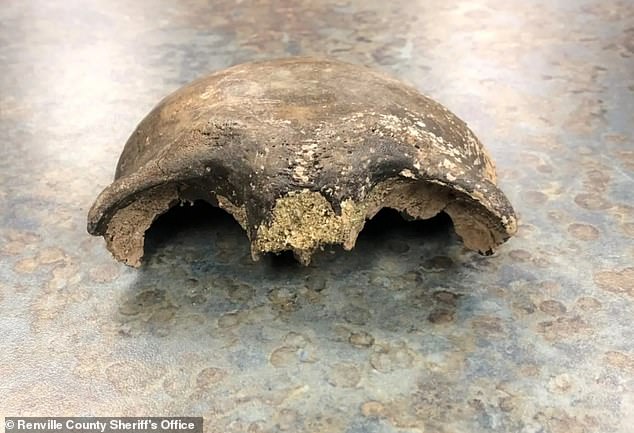 A pair of kayakers stumbled across the skull of a young man in a drought-stricken portion of the Minnesota River last summer – and officials now say the skull is 8,000 years old 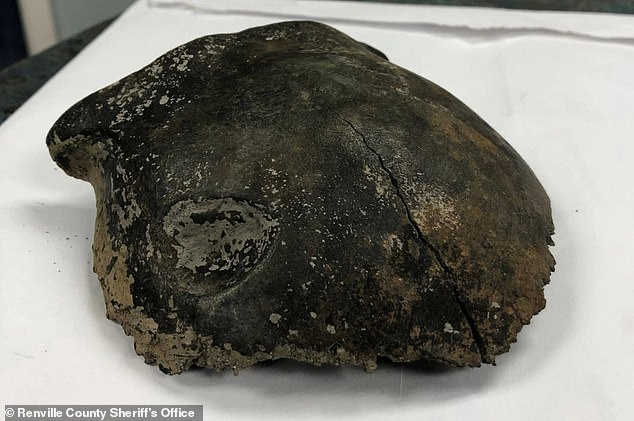 Feds who carbon dated the skull said the remains belonged to a young man who had lived between 5,500 and 6,000 B.C. Native Americans are slamming lawmen for sharing photos of the skull on social media, since it likely belongs to an ancestor of one of the local tribes

According to the sheriff, the two kayakers made the discovery in a portion of the river that had been dried up by a severe droughts seen in the state that year – which left usually submerged areas atypically exposed.

The brownish, unassuming fragment – found in a portion of the exposed riverbed – then caught the pair’s eye, and they reported the discovery to the sheriff.

‘Of course, in a kayak, they’re right there, and they happened to spot it,’ Hable said of the observant boaters. His office declined to release the pair’s names.

A forensic anthropologist from the bureau then used used carbon dating technology to determine the age and other identifying features of the artifact, which officials at that point suspected had historical significance.

After discerning its age, the anthropologist also found that a depression in the skull was ‘perhaps suggestive of the cause of death,’ police said Wednesday, adding that the skull showed signs of ‘blunt force trauma.’ It is still not clear how the man died. 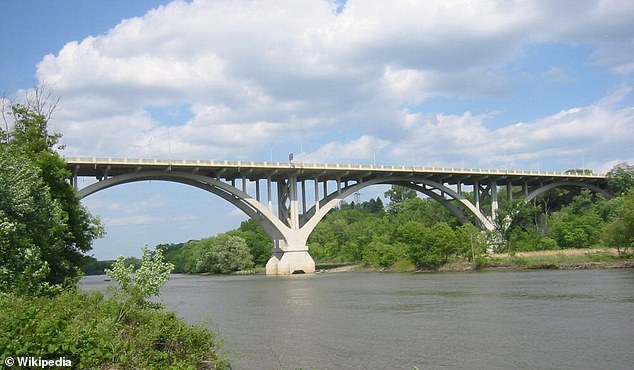 Local authorities announced the find – made by two unidentified boaters in September, about 110 miles west of Minneapolis near Sacred Heart – last week. The usually awash area had been drained by severe droughts seen in the region that summer

‘To say we were taken back is an understatement,’ Hable told The Washington Post of the revelation of the relic’s origins Thursday. ‘None of us were prepared for that.’

The sheriff added that the man – for whom an exact age range was not given – had likely traversed through parts of what is now Minnesota during the Archaic period, a time before subsistence farming when Native American hunter-gatherers trekked across the country.

An analysis by South Dakota’s Archaeology Laboratory at Augustana University found that the man lived on a diet of mostly fish, plants, deer, fish, turtles and freshwater mussels prevalent in the region.

Kathleen Blue, a professor of anthropology at Minnesota State University, said Wednesday the man likely for years resided in the region that is now Minnesota, subsisting on those foods rather than following mammals and bison that migrate for miles.

‘There’s probably not that many people at that time wandering around Minnesota 8,000 years ago, because, like I said, the glaciers have only retreated a few thousand years before that,’ Blue told The New York Times Wednesday. ‘That period, we don’t know much about it.’

The earliest known people in the area lived roughly 13,000 years ago, Austin Buhta, an archaeologist at Augustana University, told The Washington Post.

The man from the river, however, lived during a later period, when nomads roamed in small groups, both hunting and foraging.

‘As best as we can tell there was no farming at that time,’ Buhta told the paper. He added that some of those Archaic Americans hunted with small spears and wooden throwing weapons called ‘atlatls.’ 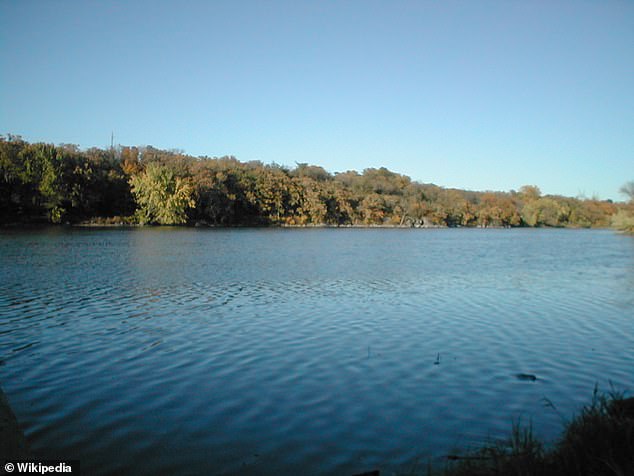 The man found in the river lived during a period when nomads roamed in small groups, hunting and foraging for food. Experts said the man – who was found with a severe head wound that likely led to his death -lived mostly on a diet of fish, deer, and plants

Researchers have had little success learning about the Archaic period – one of the earliest phases of culture – Buhta said, especially in comparison to later humans who buried their dead.

‘There just weren’t as many people on the landscape,’ he said, ‘and it’s older, so we just don’t find as much evidence.’

On Wednesday, Hable’s office eagerly shared the department’s and bureau’s findings with the public, sharing an image of the skull to the department’s Facebook – labeling the find ‘a little piece of history.’

They cited that in the post the office failed to label the individual a Native American and, and further expressed ire over the ‘little piece of history’ remark.

Dylan Goetsch, a cultural resources specialist with the Minnesota Indian Affairs Council, said in a statement Thursday that it was ‘unacceptable and offensive’ for tribes to learn of the skull through Facebook, citing how neither the council nor the state archaeologist were made aware of the discovery – as required by state law.

He also added that laws that govern the care and repatriation of Native remains have been in effect for more than three decades, and that the council and state archaeologist regularly work with other law officials when remains are discovered.

The backlash drew a quick response from Hable’s department, which immediately removed the post and has since agreed to hand over the remains to the Upper Sioux Community – comprised of several hundred people and more than a thousand acres of land home to the Dakota Indigenous people.

‘We didn’t mean for it to be offensive whatsoever,’ Hable said.

‘Because there’s a chance that the bones belong to somebody with Native American heritage, we’re just going to honor their request.’