President Donald Trump said on Wednesday the shutdown will last ‘as long as it takes’ as the popular Smithsonian museums and National Zoo closed due to lack of funding.

‘I think the people of the country think I’m right,’ Trump said on day 12 of the shutdown during a Cabinet meeting, adding it will last ‘as long as it takes.’

The ripple effects are the partial shutdown are spreading out. The Smithsonian Museums – all 19 of them – and National Zoo have been closed. 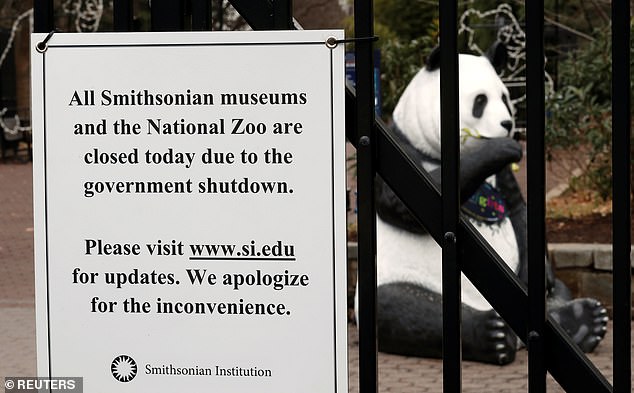 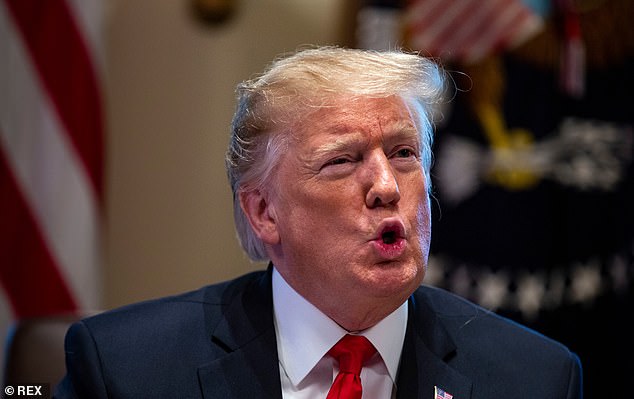 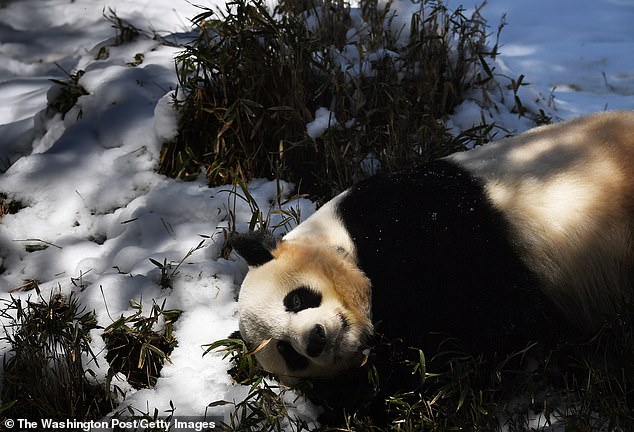 The National Zoo’s popular panda cam has been turned off

They are popular tourist destinations – about 82,000 people per day visit the museums and the zoo with its popular panda exhibit.

Additionally the panda cam has been turned off during the shutdown, cutting off its widely-viewed livestream.

Zoo animals are being fed during the shutdown.

‘A shutdown will not affect the Zoo’s commitment to the safety of staff and the standard of excellence in animal care,’ the zoo said in a statement.

Smithsonian exhibits are free to visit and officials managed to stretch funding remaining from last year into keeping the institutions open after funding expired on Dec. 21.

But, on Wednesday, they were unable to keep the doors open.

Trump’s firm stance on the shut down came ahead of his Wednesday afternoon meeting with Congressional leaders, which includes Democratic Leaders Chuck Schumer and Nancy Pelosi.

In his remarks during his Cabinet meeting, the president refused to say whether he would sign a government funding bill if he received less than his $5 billion request to fund his border wall. 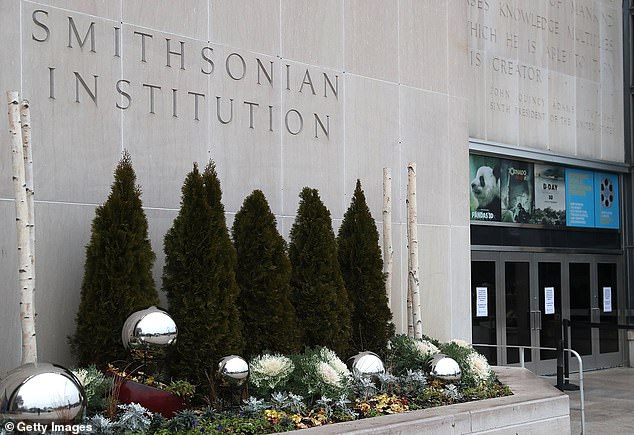 All 19 Smithsonian museums are closed 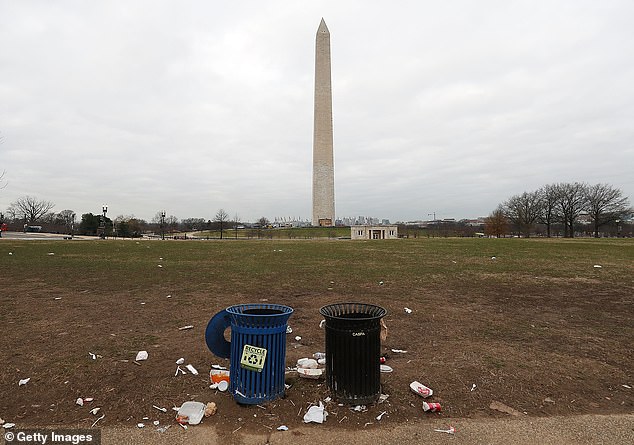 Trash has been piling up during the shut down

‘Could we do it for a little bit less? It’s so insignificant compared to what we’re talking about. You know, I’ve heard numbers as high as $275 billion we lose on illegal immigration,’ Trump said. ‘The $5 billion approved by the House is such a small amount compared to the level of the problem.’

There had been reports the White House had come down $2.5 billion and would accept legislation with that number.

But Trump shot that down.

Democrats are holding fast to their own position – the $1.3 billion they’ve allocated.

And House Democrats are hitting back with a two-part plan that would fund the Department of Homeland Security until Feb. 8 and fund all other closed departments – such as Justice, Interior, Transportation, Commerce and Agriculture – for the rest of the fiscal year through Sept. 30.

They will bring those bills up for a vote on Thursday when Democrats take control of the House and hope passage in the lower chamber will pressure the Senate to follow suit.

An estimated 380,000 federal employees in those departments have been furloughed and another 420,000 will have to work without pay. The clock is ticking to Jan. 11 – the first pay period for those workers that will encompass the entire time period of the shutdown.

The Democrats’ proposal would allow the debate over wall funding to continue without tying the rest of the government to it. Wall money is appropriated through the Department of Homeland Security.

The six bills to fund the other departments have bipartisan support in both chambers but have been held up over the dispute over funding Trump’s wall.

The Smithsonian is funded under the Department of the Interior, the same as the National Park Service.