New high score! Snake forms a SQUARE as slithers up a brick wall perfectly tracking the mortar lines just like in the classic Nokia phone game

This slithering scene looks like something from the classic mobile phone game ‘Snake’, after a strange serpent climbed a homeowner’s wall, forming bizarre square shapes in the process.

Before ‘Candy Crush’ and ‘Angry Birds’, it was the Nokia-native game ‘Snake’ that had mobile phone users glued to their screens.

But this American homeowner was given an unexpected blast from the past when he came home to see a 3D recreation of it on his wall.

Arriving back home in Keenesaw, Georgia, 73-year-old retiree Mr Christie was alarmed to see a large rat snake traverse across the patio in front of him.

But he was even more alarmed when it began climbing the wall. 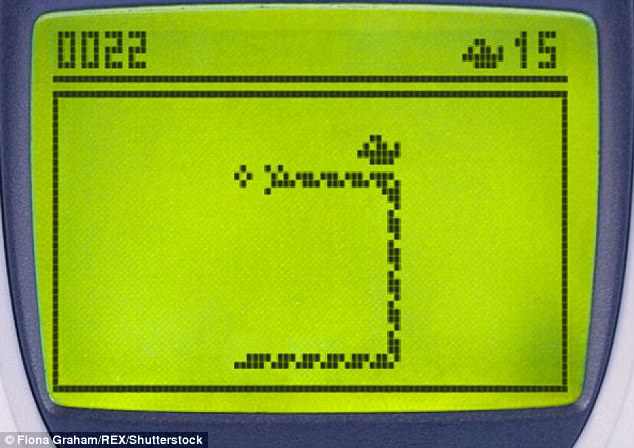 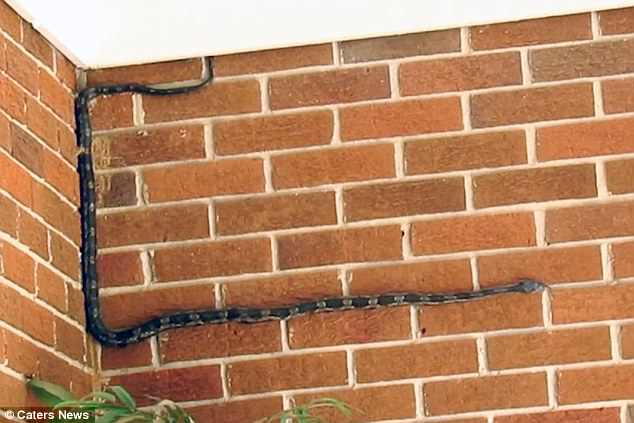 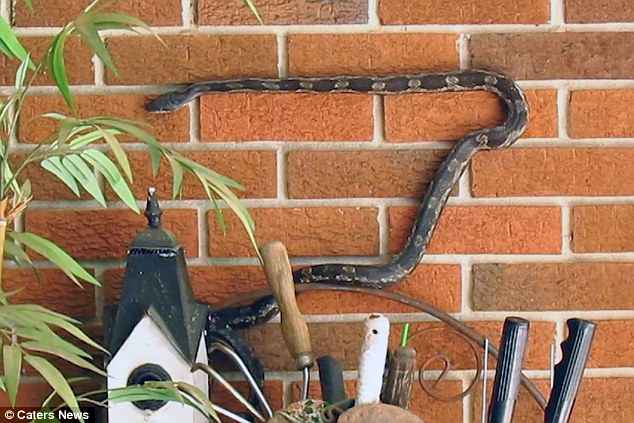 Watching on in shock as the non-venomous snake began climbing in straight lines.

It did this wile holding the lower half of its body perpendicular below – much like its beloved digital counterpart.

The fork-tongued trespasser soon began forming squares on the brickwork – just like its eight-bit mobile counterpart.