A quick-moving storm struck the Northeast late Friday, with snow falling from Maryland to Maine. Snowfall rates peaked at more than an inch an hour overnight, and the storm will continue delivering snow today, with some areas from New Jersey to Massachusetts seeing 2 to 5 inches overall.

The snow will end later Saturday morning as the region starts to prepare for another possible storm Sunday night into early Monday. 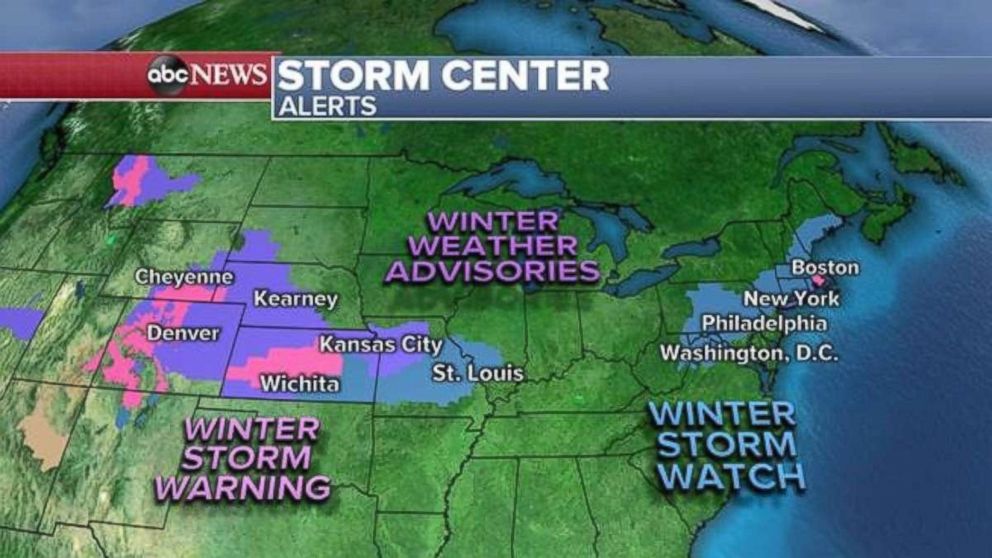 A new major storm is developing and will move across the U.S. through the weekend. It likely will deliver significant snowfall in the Plains and Northeast and severe weather in the South.

New winter weather alerts have been issued this morning for parts of the Northeast, including along the metro areas that dot Interstate 95. 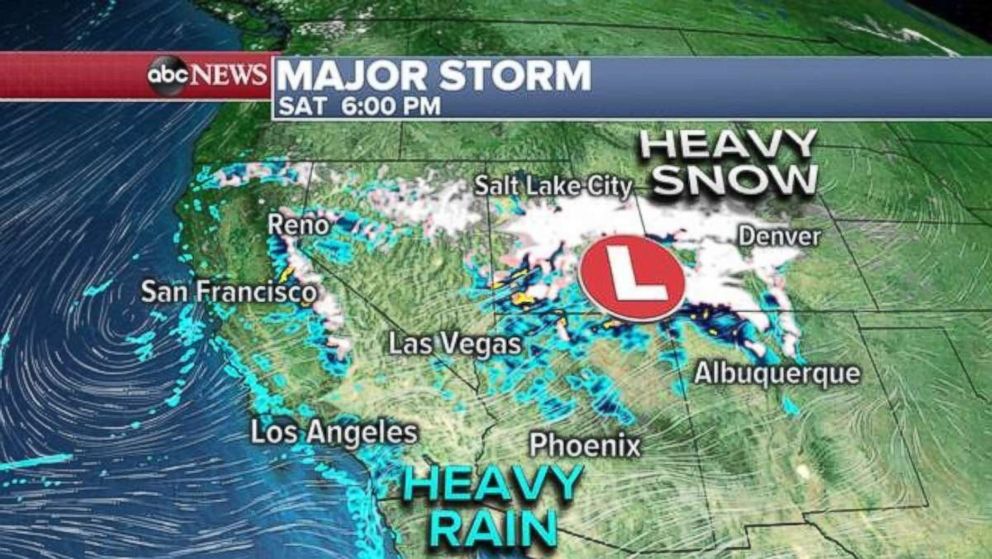 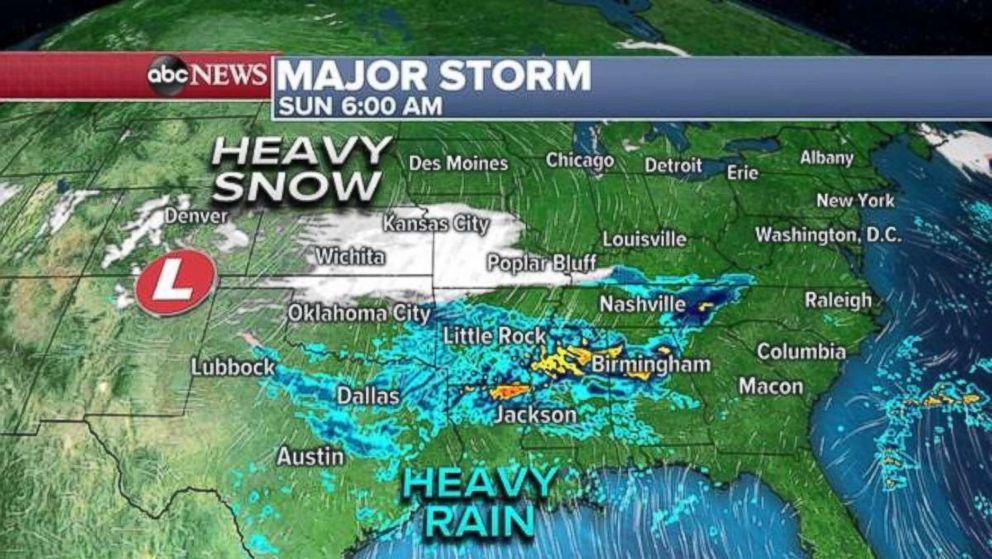 The new major storm is delivering more rain to California, parts of which are still recovering from recent flooding. The storm will quickly reach the western mountains later today. Heavy snow from the Sierra Nevada to the Rockies is expected.

The storm by tomorrow morning will reorganize in the High Plains, with snow forecast for parts of Oklahoma, Kansas and Missouri. Heavy rain will move in from Texas to North Carolina. 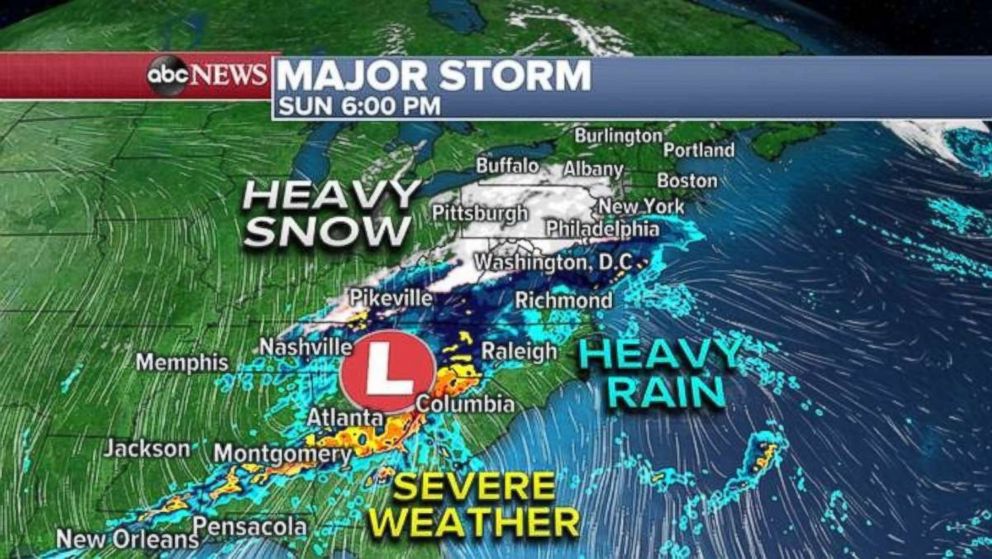 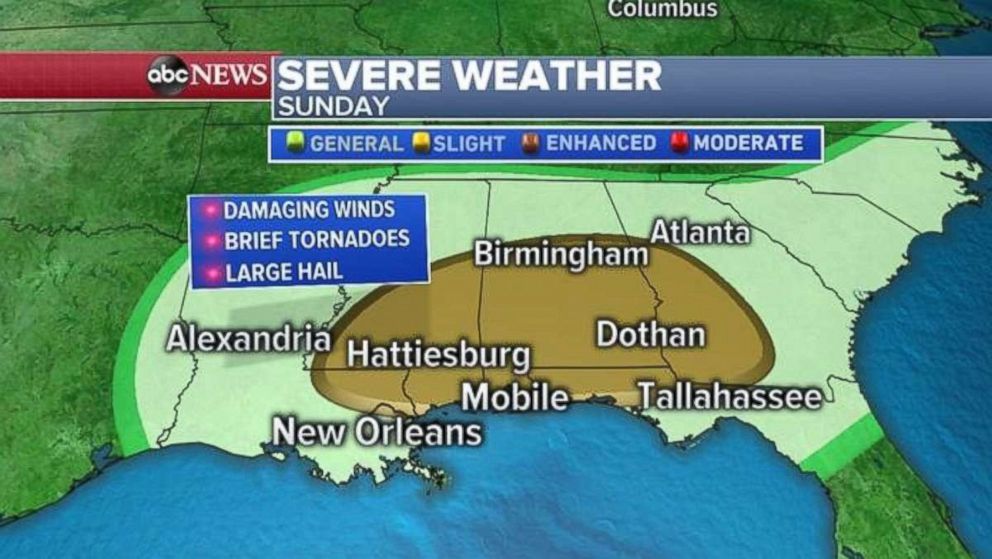 In addition to affecting the East Coast on Sunday, the new storm likely will deliver severe weather to the South, where damaging winds, brief tornadoes and large hail are the biggest threats. Rainfall rates higher than 1 inch per hour could lead to flash flooding, especially in areas that already have seen above-average rainfall totals in recent weeks.

More snow will move into the Northeast on Sunday evening, heading from the Appalachians up through the I-95 corridor.

As the storm intensifies and moves into the Atlantic Ocean, the snow shield will intensify and spread wider over the Northeast. Most forecasting guidance shows the Northeast will be cold enough to support snow for the majority of the storm.

However, if the storm’s path changes, it could produce mixed conditions into major Northeast cities early Monday, reducing snowfall totals. Taking all of that into consideration, it looks like heavy snow, with snowfall rates higher than 1 inch per hour will be likely Sunday and into early Monday across the Northeast. These conditions, especially in New England, are likely to last into the Monday-morning commute.

Snowfall totals in the Plains will be 3 to 6 inches, while suburbs of major Northeast cities stretching up the I-95 up to Boston could also see 6 inches. 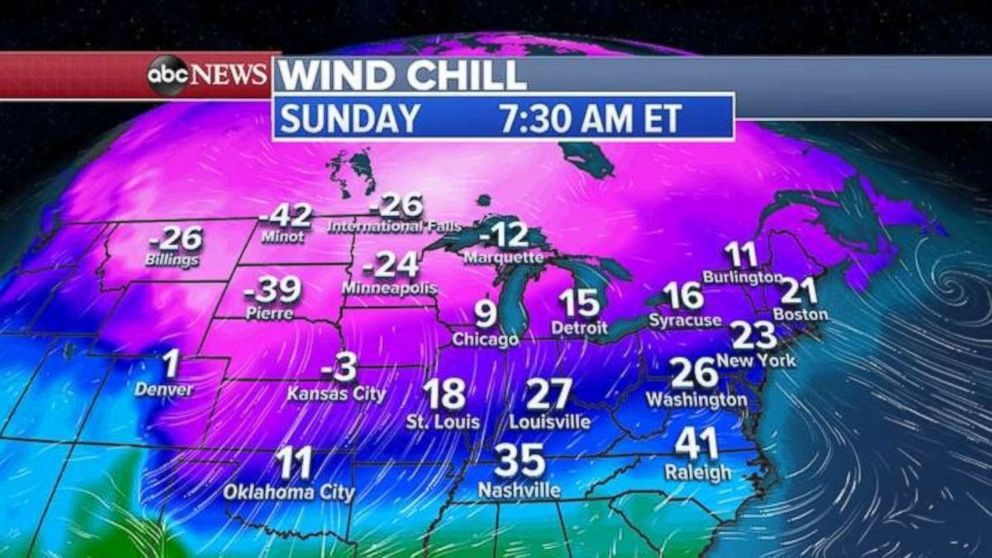 Following the storm will be a blast of Arctic air, with wind chills plummeting in the central U.S. as low as minus 40 on Sunday morning. By Monday they’ll be from minus 10 to minus 20 from Kansas to Chicago and in the 20s in the Northeast. 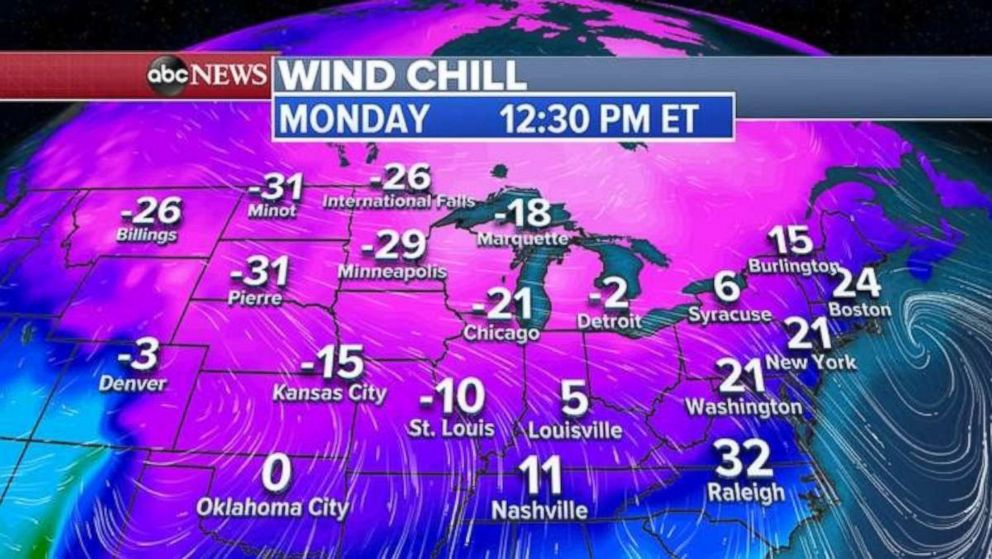