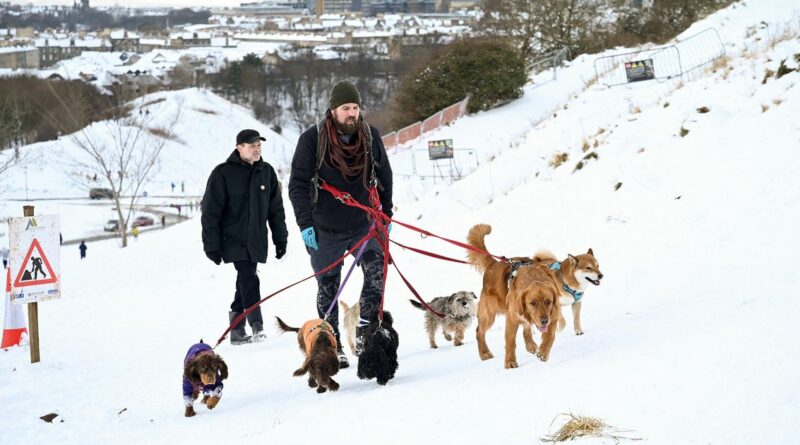 More snow is on the way in a matter of days as November rolls around just as hopes for Brits to enjoy a 'White Christmas' surge.

The snow forecast reveals lucky areas in the UK may see the white stuff fall for up to three days after the first week of November.

According to WXCharts, Monday, November 8 will see up to half a centimetre of snowfall in the early hours as a cold weather front swoops in from overnight.

Those in Fort William and Portree and south of Stornoway in Scotland are likely to see the flurries in a matter of days.

The area of predicted snowfall increase as the day continues, with more expected to arrive in Fort William and east of Portree the following day – Tuesday, November 9.

Tuesday is forecast to see a larger amount of snowfall, which could be up to 2cm, according to the weather charts.

Alongside the potential snow, a large band of rain will move in and sweep across the country and could affect the chances of it settling.

It comes as bookmakers are predicting with cities are likely to see a 'White Christmas' this year, as the temperature takes a bitterly cold turn.

William Hill opened its book on the UK seeing a festive season resembling Hollywood movies and named two places that have the highest odds.

Edinburgh and Newcastle, both in the north of the UK, are top on the list and even Leeds Bradford, Briain's highest airport is down for 6-1 to experience snowfall on Christmas Day itself.

Are you wishing for a White Christmas? Let us know in the comments below!

Some lucky Brits saw a sprinkling of snow last year but for most, it was a typically cold and overcast day, and the last recorded snowfall for the big day itself was back in 2017.

The last widespread White Christmas was over a decade ago in 2010.

The Met Office is able to forecast whether we're likely to get snow up to five days beforehand for the most accurate reading.

On average, 3.5 days in December see snowfall each year.

As it stands, bookmakers list Edinburgh and Newcastle Airports as 4-1 for snow flurries, followed by Leeds Bradford Airport, before Birmingham, London City Airport and Dublin follow with 6-1.