The SNP’s newly elected deputy leader Keith Brown used his victory speech to urge the party faithful to get ready for a second independence referendum.

He took to the stage to warn members that the party is on the brink for launching out an assault to push for another vote.

And he warned those inside and outside the party that the time had come to get ready for another contest.

Meanwhile, Nicola Sturgeon also tried to turn the screw on Theresa May’s Government at the start of the SNP’s spring conference in Aberdeen.

She said that if the Government continued to refuse to change the Brexit Bill – which is returning to the Commons next week – then it showed they ‘cannot be trusted with devolution’. 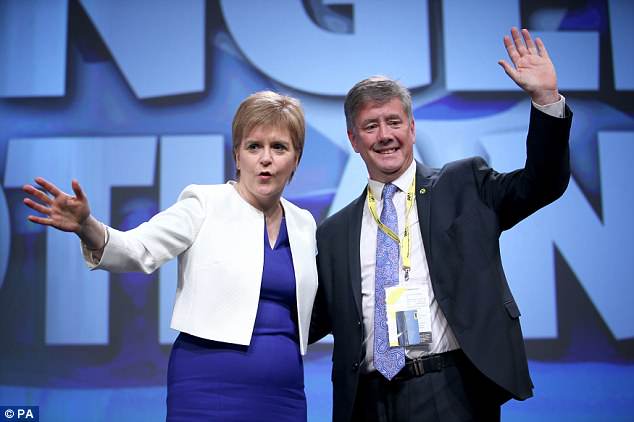 He told SNP members: ‘I am absolutely confident the person you have just elected me to deputise for Nicola Sturgeon will steer us towards that decision.

‘So while we wait for clarity on Brexit – and I don’t think anybody could argue we have anything like clarity on Brexit even though we’re only a few short months away from the deal – the challenge is for all of us in the party and the wider Yes movement across Scotland to get ready.’

As part of efforts to build a ‘credible plan for independence’ Mr Brown vowed to speak to trade unions, business leaders and others from across Scotland.

He also used his speech to announce grants of up to £4,000 for companies in Scotland to help them build export opportunities.

Scotland voted in 2014 to stay part of the United Kingdom in a referendum described at the time as a once in a generation vote.

But the SNP have said that Brexit gives them a fresh reason to rerun the contest and establish independence.

Critics have warned Ms Sturgeon that now is not the time to plunge Scotland into fresh political turmoil by holding another vote.

Mr Brown, who was the frontrunner throughout the campaign, defeated grassroots activist Julie Hepburn and councillor Christopher McEleny.

The contest had been sparked when Angus Robertson resigned the post after losing his seat at the House of Commons in last year’s snap General Election.

Meanwhile, Ms Sturgeon also tried to ratchet up the pressure on No10 by suggesting they cannot be trusted.

The Scottish First Minister said it would be ‘deeply regrettable’ if the Brexit Bill is passed by MPs next week without changes being made to ensure that devolved powers go to Edinburgh rather than Westminster. 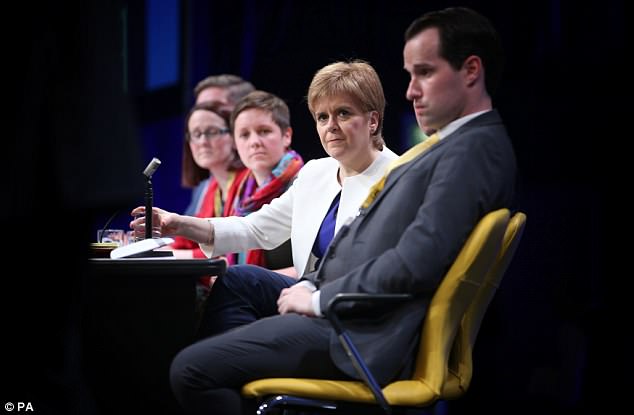 She told BBC Radio Scotland’s Good Morning Scotland programme: ‘For almost 20 years since the Scottish Parliament was established we’ve had a very important convention which has been respected by all sides which says the Westminster parliament does not legislate in areas of devolved responsibility without the consent of the Scottish Parliament.

‘It would be a very significant step and a very regrettable step if the Westminster government decided to rip up that convention and I hope they don’t do it.

‘It will be an unprecedented step.’

She added: ‘I don’t know where it takes us if they are prepared to rip up this convention.

‘It takes us into uncharted territory and I think it will be a seriously retrograde step in terms of the relationships between the Scottish Parliament, Government and Westminster and the UK Government so I hope they don’t do that.

‘But decision time is looming for the Conservative government – they can respect the Scottish Parliament or they can do what a lot of people in Scotland have long suspected, prove that they can’t be trusted with devolution.’