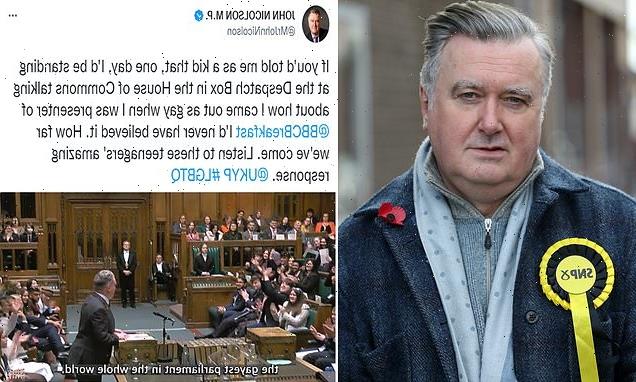 ‘It created absolute horror’: Ex BBC Breakfast host and SNP MP John Nicolson is applauded by Youth Parliament at Despatch Box as he tells of moment he became first ever BBC One presenter to come out as gay 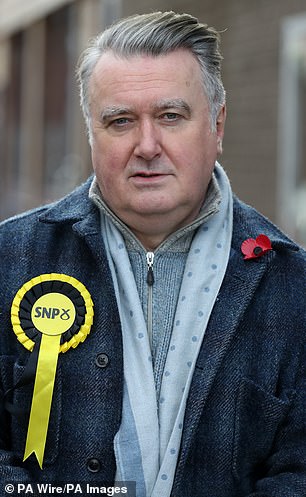 An SNP MP was enthusiastically applauded by members of the Youth Parliament today when he spoke of being the first ever BBC One presenter to come out as gay.

Speaking from the Despatch Box, John Nicolson – a former host of BBC Breakfast and Watchdog – was met with laughter and a huge round of applause when he said that thanks to him and his SNP colleagues the House of Commons is now ‘the gayest Parliament in the whole world’.

He told the Members of Youth Parliament (MYPs): ‘I was the first ever BBC One presenter to come out and say that I was gay which caused absolute horror and was the front page news in all the tabloids.

‘And now I sit in a Parliament which is… well my benches, the SNP benches are so gay, so LGBT, that we’ve now made Westminster the gayest Parliament in the whole world.’

The SNP MP for Ochil and South Perthshire later spoke of how the reaction from the roughly 250 MYPs was ‘incredible’ and ‘really uplifting’.

The 11 to 18-year-olds- who are elected every two years by other young people in their local area – were taking part in their 11th annual debate in the House of Commons chamber. 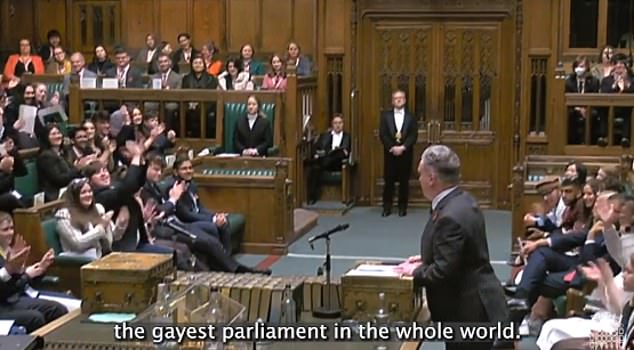 Mr Nicolson said: ‘If you’d told me as a kid that, one day, I’d be standing at the Despatch Box in the House of Commons talking about how I came out as gay when I was presenter of BBC Breakfast I’d never have believed it. How far we’ve come.

Mr Nicolson also spoke of how impressed he was of the quality of speeches at the annual Commons Chamber Debate.

He added: ‘Listening to Members of the Youth Parliament discuss #MentalHealthAwareness and #TransRightsAreHumanRights I was struck by how much kinder their debates were than the ones I normally listen to in the Commons. Kindness in politics matters.’ 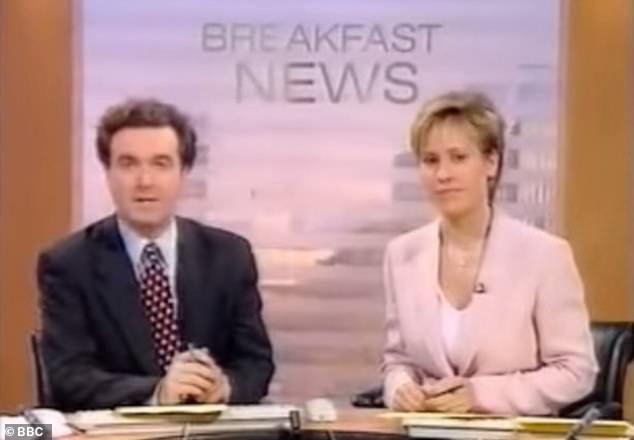 The former newsreader has previously said that the BBC was ‘aghast’ following his decision to come out publicly in 1999 and claimed that the corporation’s official stance on its gay stars was that they were ‘just waiting for the right woman to come along’.

Mr Nicolson was a TV presenter on some of the BBC’s most high profile shows, including On The Record, Panorama, Newsnight, Watchdog and BBC News.

He was elected as East Dunbartonshire MP for the SNP in 2015 and has since been made the SNP Shadow Secretary of State for Digital, Culture, Media and Sport under Ian Blackford.

Nearly a quarter of the SNP MPs elected in the 2019 general election identify as LGBT+, according to PinkNews, with a total of 45 MPs across the House of Commons.