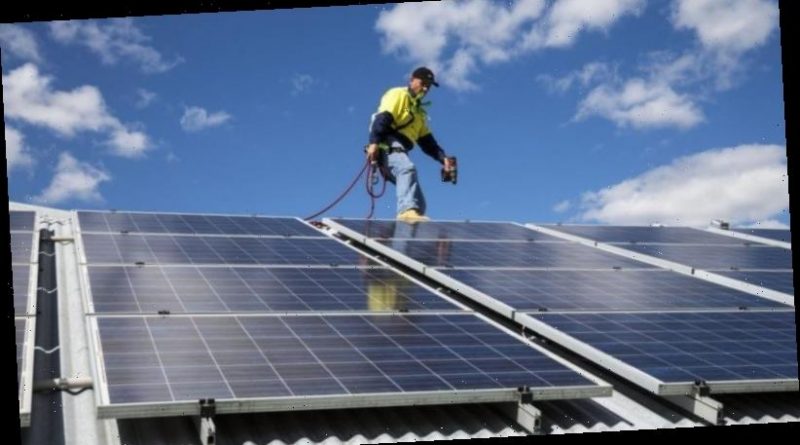 Solar power continues to shine despite the coronavirus downturn, with every state and territory except Tasmania breaking records for installed capacity of large-scale and rooftop solar last year.

Australia’s solar power capacity grew 33 per cent to 20 gigawatts, from 15 gigawatts in 2019, according to solar consultant SunWiz. 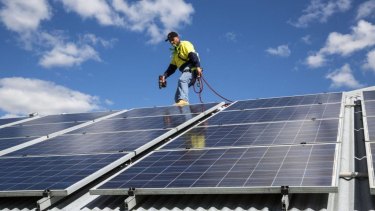 Booming rooftop solar installations continued in 2020 despite the disruption from the coronavirus pandemic. Credit:Glenn Hunt

SunWiz’s figures are based on analysis of the federal government’s Renewable Energy Certificate registry.

Australia has the highest per capita capacity of solar power in the world and rooftop solar capacity has exceeded 30 per cent growth for the past four years.

The federal Energy Department forecasts the capacity of rooftop solar alone will grow to 32 gigawatts by 2030.

Australia has 25 gigawatts of coal power capacity, which the federal government expects will shrink to 19 gigawatts over the next decade. Coal plants are required to specify their anticipated end of life and about 60 per cent of coal-fired capacity is set for closure over the next 20 years.

However, the rise of rooftop solar is so steep that demand from the electricity grid in major cities is wiped out during the day.

The network needs to have in reserve sufficient dispatchable power from energy sources such as gas, hydro and batteries to balance out periods when there is a natural lull in solar and wind generation.

There’s a growing challenge for network operators who have to balance the rise in renewables with baseload output from coal and gas plants, and maintain the grid’s reliability and stability.

Currently, energy generators and network operators have only been paid for supplying power to customers.

State and federal governments are working on market design reforms, spearheaded by the Commonwealth’s Energy Security Board, that create payments for storage services, system strength and frequency control to balance the grid.

Mr Johnston said the growth in solar installations occurred despite a slowdown in the supply of photo-voltaic panels from China, which was disrupted early last year by coronavirus restrictions.

“The pandemic had an overall positive impact for the industry as people staying home more turned to solar to help reduce their electricity bills,” he said.

The Clean Energy Regulator general manager Mark Williams said last year the increased power use due to working from home during the lockdown made the economics of home installation more attractive.

“In most capital cities, the payback for a 6.5 kilowatt system is about four years, but with working from home that’s about three years,” Mr Williams said. “That’s because you can better match your daytime power production with your daytime power demand when you work from home.”