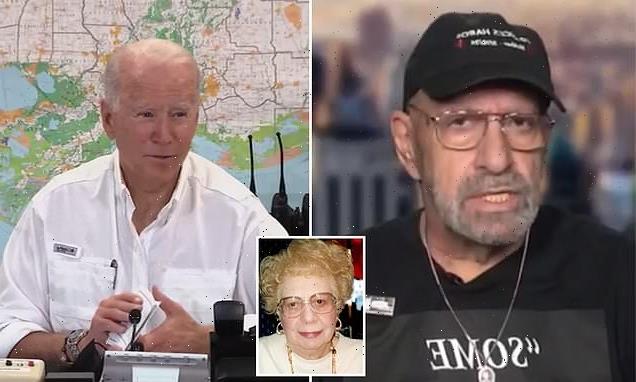 ‘He is the killer in chief’: Son of 9/11 victim tells Biden to stay away from Ground Zero memorials after the deaths of 13 Marines in Afghanistan

The son of  a 79-year-old woman killed in 9/11 has told Joe Biden to stay away from 20-year memorial events at Ground Zero because of the recent deaths of 13 Marines in Afghanistan.

Biden is scheduled to visit Ground Zero, the Pentagon and the site where United Airlines flight 93 crashed into the ground in Pennsylvania after the heroic passengers on board overran the hijackers.

But many of the families of those killed do not want Biden there, after his refusal to declassify files relating to Saudi Arabia’s potential involvement in the attacks for months. He has now ordered that the files be declassified.

Nic Haros Jr’s mother Frances was killed in the attack on the World Trade Center in 2001. 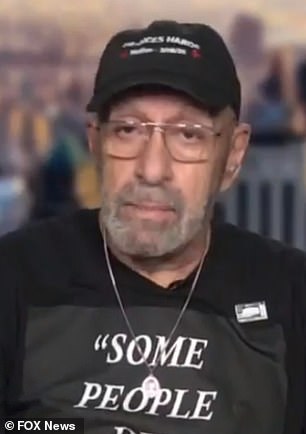 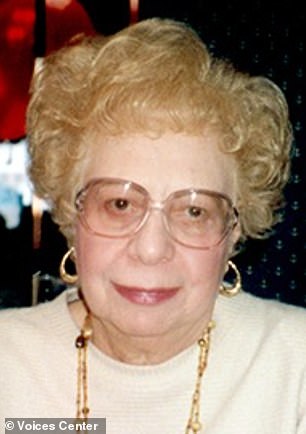 Nic Haros Jr’s mother, Frances, died in the attacks in September 2001. She was working as a receptionist on the 89th floor of the South Tower when the planes hit. He told Fox News he does not want Biden to attend the Ground Zero memorial on Saturday 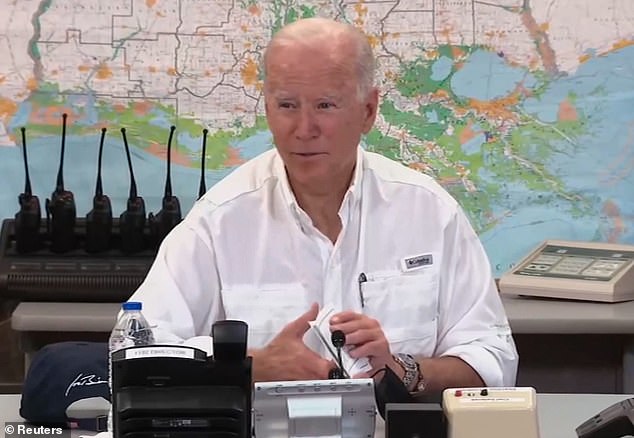 President Biden, shown in Louisiana this weekend, is scheduled to attend memorial events at all three 9/11 attack sites

On Monday,  five days before the 20th anniversary of the attacks, he appeared on Fox News to issue a warning to Biden, who he called the ‘killer in chief’.

He, like many, are furious about the deaths of 13 Marines in Kabul on August 26 and believes Biden is to blame because he orchestrated the chaotic withdrawal from Afghanistan that led to it.

‘I am demanding that President Biden do not show his face at Ground Zero on 9/11.

‘It is now holy ground and I really don’t think he has a place there.

‘It’s shameful for him, I think, to use the dead bodies as a political prop for his so-called victory lap.

‘He is insensitive and he shows no compassion to the families. No Joe, no victory, we are now in the Afghanistan War 2.0. Those resurrected victims kept America safe from harm all those years.

‘Biden must not dishonor their grace and patriotism. He has none. Interesting because on Saturday Judge Jeanine called the president a liar-in-chief. Today I call out Biden as the killer-in-chief.

‘It’s not just 13 killed or the thousands of Americans and Afghanistan supporters left to die.

‘I believe he is complicit in a coming genocide of Americans and Afghans,’ he said.

Haros’ mother Frances worked on the 89th floor of the South Tower as a receptionist in  an investment banking firm.  She was 76-year-old when she died. 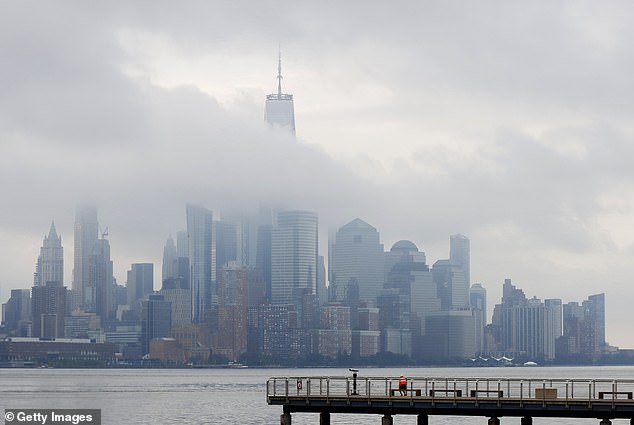 One World Trade Center on September 6. Biden is scheduled to visit Ground Zero on Saturday

Her son is one of thousands of American families who were impacted by 9/11 who have asked Biden not to attend the event.

In August, 1,800 wrote an open letter to Biden telling him not to come to the event unless he declassified files about Saudi Arabia’s potential involvement in the attacks.

He has now ordered the declassification of those files.

Brett Eagleson, who lost his father Bruce in the Twin Towers attacks, and has been an advocate for the families, indicated they would stay skeptical until the documents are released.

‘We think President Biden deserves credit where credit is due. He’s the first president to publicly embrace and acknowledge the 9/11 community’s struggle.

‘We are cautiously optimistic that we will get the documents we need, however our guard is still up,’ Eagleson told DailyMail.com earlier this year.

‘The Biden administration is asking that we trust that they will do the right thing. We are hopeful that come 9/11 we will see meaningful document production.

‘If that is not the case, the families will be enraged,’ Eagleson added.