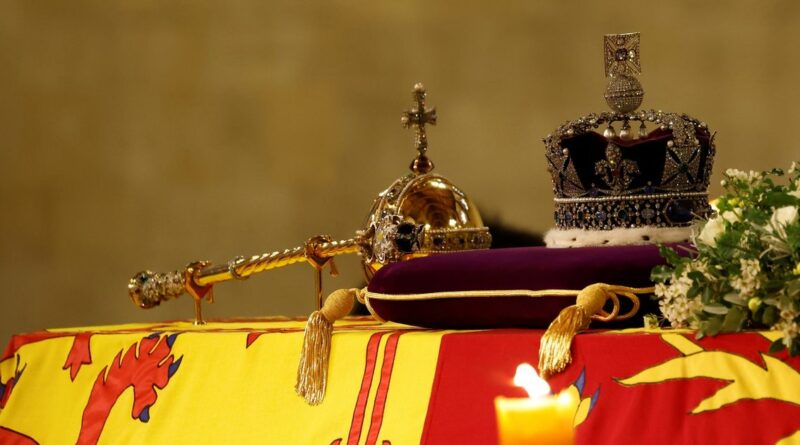 South Africa is demanding the return of the world’s largest known clear-cut diamond from the Queen’s crown jewels.

Since the death of the Queen last week there has been growing calls in South Africa for the diamond, known as the Great Star of Africa, or Cullinan l, to be returned as they believe it is theirs.

The massive diamond is held on the end of a sceptre that belonged to the Queen and is part of a larger diamond which was gifted to the Royal Family after it was mined in South Africa in 1905 – when the country was under British rule.

News of the Queen’s death has hit the headlines around the world with many people rushing to pay their respects and express their sadness.

Yet in some countries it has also led to discussions about the role of the monarchy and the part it has played in Britain’s colonial past.

In South Africa there has been plenty of debate in the media about who owns the Great Star of Africa as well as other precious stones mined in the country.

More extreme were the views of African Transformation Movement (ATM) MP Vuyo Zungula who believes South Africa should sever its Commonwealth ties and have a new constitution.

“SA should now leave the Commonwealth, demand reparations for all the harm done by Britain, draft a new constitution based on the will of the people of SA not the British Magna Carta, and demand the return of all the gold, diamonds stolen by Britain,” he is reported to have said in timeslive.co.za.

Similarly former ANC KwaZulu-Natal provincial secretary Thanduxolo Sabelo said: “The minerals of our country and other countries continue to benefit Britain at the expense of our people.

"We remain in deep, shameful poverty, we remain with mass unemployment and rising levels of crime due to the oppression and devastation caused by her and her forefathers."

He added: "The Cullinan Diamond must be returned to SA with immediate effect."

More than 6,000 people have signed a petition calling for the Great Star of Africa to be returned and put in a South African museum.

South Africa's President Cyril Ramaphosa offered his condolences following the death of the Queen but many have said instead he should have called for the diamond to be returned.