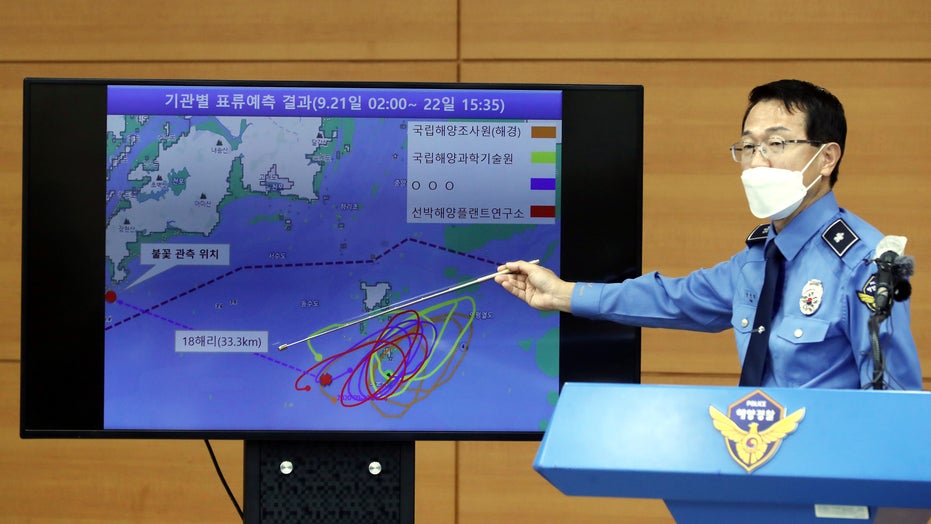 South Korea said Tuesday that a government official slain by North Korean sailors wanted to defect, concluding that the man, who had gambling debts, swam against unfavorable currents with the help of a life jacket and a floatation device and conveyed his intention of resettling in North Korea.

It’s unclear whether the announcement will soothe mounting questions about the man’s death last week. The official's brother dismissed the assessment as “fiction,” accusing the government of framing his brother with an ungrounded defection attempt after failing to rescue him.

Senior coast guard officer Yoon Seong-hyun said at a televised briefing Tuesday that there was a “very low possibility” that the man could have fallen from a ship or tried to kill himself because he was putting on a life jacket when he was found in North Korean waters. 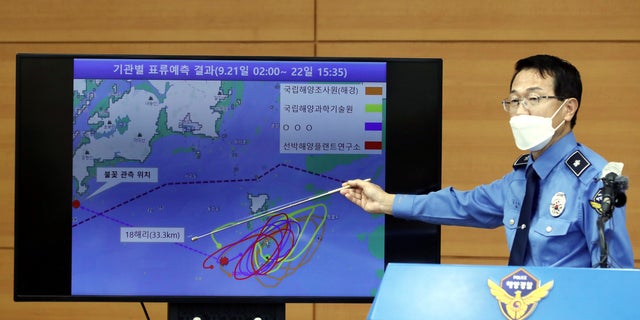 Yoon Seong-hyun, head of the Korea Coast Guard’s investigation bureau, speaks during a briefing at the agency in Incheon, South Korea, Tuesday, Sept. 29, 2020. South Korea said Tuesday that a government official slain by North Korean sailors wanted to defect, concluding that the man, who had gambling debts, swam against unfavorable currents with the help of a life jacket and a floatation device and conveyed his intention of resettling in North Korea. (Yun Hyun-tae/Yonhap via AP)

Yoon said tidal currents at the time would also make it extremely difficult for him to drift into North Korean waters naturally.

He also said the man conveyed his wish to defect before his death. He cited intelligence showing North Korea knew the man’s name, age, height and hometown as an evidence of his communication with the North.

Yoon didn’t elaborate. But some experts said he likely was referring to South Korea’s interception of communications among North Korean officials about the man.

Coast guard officials have previously said the 47-year-old official was a father of two with some debts. Yoon said the debts totaled about 330 million won ($282,240), 80% of which were from gambling.

The official had been aboard a government inspection ship before he disappeared on Sept. 21 and was killed by North Korean troops the following day.

The coast guard said its assessment was based on an analysis of tidal currents in the area, a visit to a government boat the official had been aboard before his disappearance, investigation of his financial transactions and a meeting with South Korean Defense Ministry officials.

The man’s elder brother, Lee Rae-jin, told reporters later Tuesday that his brother was proud of his job as a public servant and never told him about a desire to defect.

“The government is hastily framing my brother with a North Korea defection,” Lee said. He accused the government of losing “golden time” and making little effort to salvage his brother.

Lee said he “desperately” wants to retrieve his brother’s body and asked for cooperation from North Korean leader Kim Jong Un. Still, he said, “I’d like to ask Kim Jong Un why he killed my brother.”

Lee has said his brother likely fell into the sea by accident.

A South Korean defecting to North Korea is highly unusual, though more than 33,000 North Koreans have fled to South Korea for political and economic reasons in the past 20 years.

South Korea has accused North Korea of having fatally shot him and burning his body. North Korea acknowledged that its troops killed him because he refused to answer to questions and attempted to flee. But North Korea said its troops only burned the man’s floatation device.

Kim has offered a rare apology over the man’s death, but his government hasn’t confirmed the man was trying to defect.

The man’s shooting has triggered a huge political firestorm in South Korea, with conservatives launching fierce political attacks on liberal President Moon Jae-in, who espouses greater ties with the North.