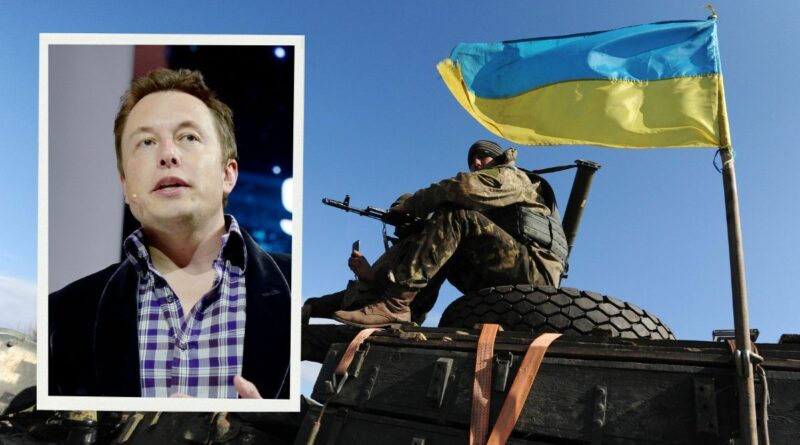 Documents obtained by CNN have revealed that SpaceX has said it can no longer afford to donate free internet to Ukraine unless the US Government help funds the programme. The director of government at Space X wrote to the Pentagon in September: “We are not in a position to further donate terminals to Ukraine, or fund the existing terminals for an indefinite period of time.”

Space X estimated that Starlink internet would cost the company more than $120million (£107million) for the rest of 2022 and may close to around $400million (£358million) to fund for the next 12 months.

In a separate letter reported by CNN, a SpaceX external consultant said to the Pentagon: “SpaceX faces terribly difficult decisions here. I do not think they have the financial ability to provide any additional terminals or service.”

Elon Musk mentioned the high cost of maintaining the programme on Twitter on Thursday, as he wrote: “In addition to terminals, we have to create, launch, maintain and replenish satellites and ground stations and pay telcos for access to internet via gateways.

“We’ve also had to defend against cyberattacks and jamming, which are getting harder. Burn is approaching ~$20m/month.”

The decision was revealed after the SpaceX CEO caused controversy on Twitter earlier this month when he suggested his own “peace” plan to solve the Russian and Ukrainian war.

The tech billionaire asked his followers on Twitter to vote on his suggestion that nations supervise an election in the Ukrainian regions that were recently annexed by Russia on which country they should be a part of.

He also suggested that Crimea, which was annexed by Russia in 2014, be formally given to Russia.

Mr Musk responded to Ukraine’s leader underneath the poll and said: “I still very much support Ukraine, but am convinced that massive escalation of the war will cause great harm to Ukraine and possibly the world.”

Andrij Melnyk, the Ukrainian ambassador to Germany wrote on Twitter: “F**k off is my very diplomatic reply to you.

“The only outcome is that now no Ukrainian will EVER buy your f…ing Tesla crap. So good luck to you.”

Mr Musk appeared to confirm Starlink’s withdrawal from Ukraine on Thursday when he responded to the ambassador’s Tweet by saying: “We’re just following his recommendation.”

Mykhailo Podolyak, the Ukrainian presidential advisor, has said that Ukraine will try to find a way to keep Starlink working, as he wrote on Twitter: “Let’s be honest. Like it or not, @elonmusk helped us survive the most critical moments of war,”

“Business has the right to its own strategies. Ukraine will find a solution to keep Starlink working. We expect that the company will provide stable connection till the end of negotiations.”

Earlier this year, Mr Musk was praised for helping Ukraine stay connected to the internet after the connection was disrupted or shut down by the war.

However, it has been reported that Ukraine’s military has been having issues with Starlink internet coverage.

Last week, the Financial Times said a “catastrophic” loss of communication happened as the Ukrainian military was fighting in Russian-occupied territory.

One source spoke to CNN and said the entire Ukrainian frontline had been affected.

They claimed: “That has affected every effort of the Ukrainians to push past that front, Starlink is the main way units on the battlefield have to communicate.”

This week, Mr Musk denied that he has recently communicated directly with Russian President Vladimir Putin

Ian Bremmer, president of the political risk consultancy group Eurasia, said: “Elon Musk told me he had spoken with Putin and the Kremlin directly about Ukraine. He also told me what the Kremlin’s red lines were.”

He later tweeted: “I have spoken to Putin only once and that was about 18 months ago. The subject matter was space.”