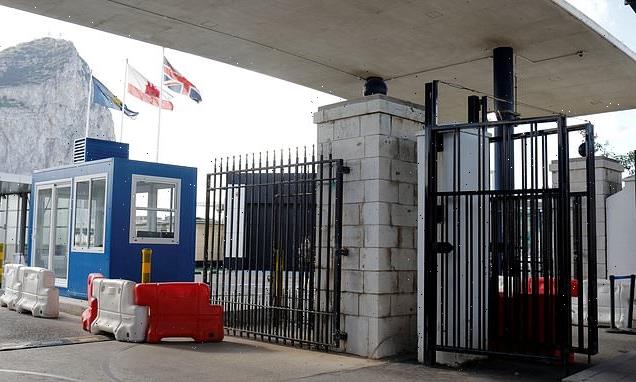 Spain has launched its latest sneaky bid to claim greater control of Gibraltar by suggesting its border with the Rock is removed.

Madrid and Brussels approached the British government with the plans which they say have been sparked by apparent Brexit complications which limit freedom of movement.

Foreign minister Jose Manuel Albares wants to completely remove the hard border fence between Gibraltar and Spain, and then take control of the enclave’s external borders, despite the enclave belonging to Britain, much to Madrid’s chagrin.

He said in a ministry statement: ‘The text presented to the United Kingdom is a comprehensive proposal that includes provisions on mobility with the aim of removing the border fence and guaranteeing freedom of movement.’ 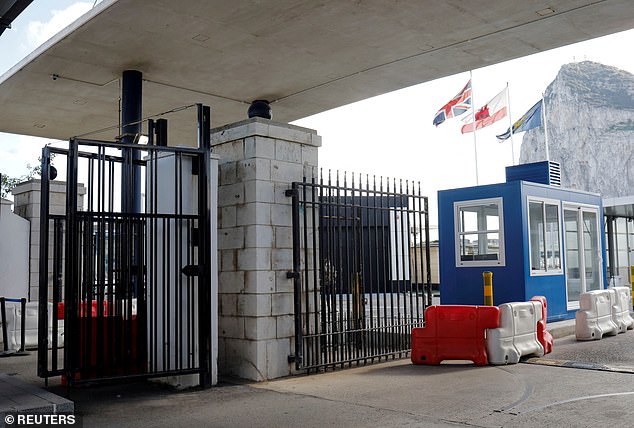 As Spain is a representative of Europe’s passport-free Schengen zone, the country would then take control of the territory’s borders.

The Schengen Area allows people to move freely across the internal borders of 26 member states, four of which are not part of the EU.

There was no immediate response from London.

A tiny British enclave at Spain’s southern tip, Gibraltar’s economy provides a lifeline for some 15,000 people who cross in and out to work every day.

Most are Spanish and live in the impoverished neighbouring city of La Linea.

Although Brexit threw Gibraltar’s future into question over fears of a new ‘hard border’ with the EU, negotiators reached a landmark deal for it to benefit from the rules of the Schengen zone just hours before Britain’s departure on January 1, 2021.

Details of the agreement have yet to be settled. 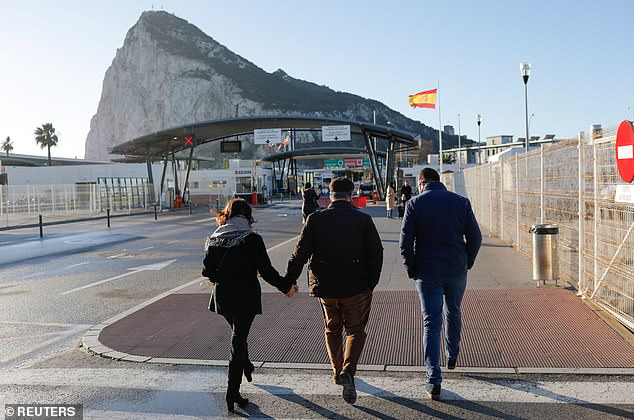 A Spanish family crosses the border from Spain to Gibraltar in front of the Rock on January 1, 2021, in the wake of the post-Brexit deal

With a land area of just 2.6 square miles, Gibraltar is entirely dependent on imports to supply its 34,000 residents and the deal was crucial to avoid slowing cross-border goods trade with new customs procedures.

Albares said the proposal would mean Madrid ‘taking on a monitoring and protection role on behalf of the EU with regards to the internal market with the removal of the customs border control’ between Spain and Gibraltar.

The deal would ‘guarantee the free movement of goods between the EU and Gibraltar’ while guaranteeing respect for fair competition, meaning businesses in the enclave would ‘compete under similar conditions to those of other EU operators, notably those in the surrounding area’.

Although Spain ceded Gibraltar to Britain in 1713, Madrid has long wanted it back in a thorny dispute that has for decades involved pressure on the frontier.