Paris: French President Emmanuel Macron has met with a migrant from Mali lauded as a hero for scaling an apartment building to save a young child dangling from a balcony.

Macron said 22-year-old Mamoudou Gassama would be rewarded for his "exceptional act" with papers to legalise his stay, citizenship if he wants it and a job as a firefighter. 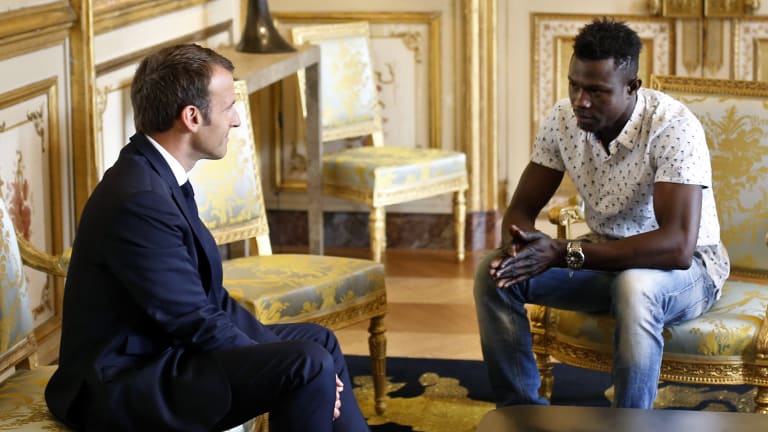 "Bravo," Macron said to Gassama during a one-on-one meeting in a gilded room of the presidential Elysee Palace that ended with the awarding of a medal from the prefecture for "courage and devotion."

Gassama's feat went viral on social media, where he has been dubbed "Spiderman" for climbing up five floors, from balcony to balcony, and whisking a four-year-old boy to safety on Saturday night as a crowd screamed at the foot of the building in Paris' northern 18th district.

The young man said he has papers to legally stay in Italy, where he arrived in Europe after crossing the Mediterranean after a long, rough stay in Libya. But he wants to join his older brother, who has lived in France for decades.

Gassama recounted his experience when he and friends saw a young child hanging from a fifth-floor balcony. 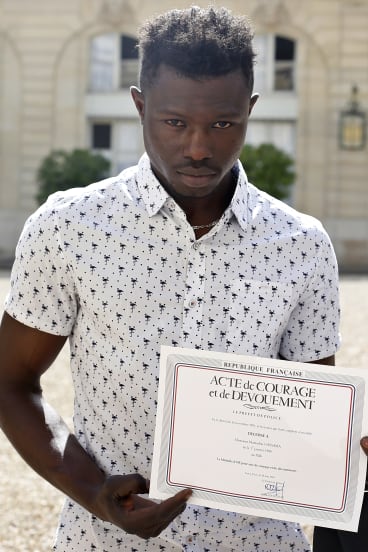 Gassama with a certificate of courage and dedication.

"Because this is an exceptional act … we are obviously, today, going to regularise all your papers," Macron told him, "and if you wish we will start nationalisation procedures so you can become French."

The French President, who is toughening the nation's approach to immigration, stressed that not all who make the treacherous journey to Europe can be welcomed, but Gassama's actions were admirable.

"You saved a child. Without you, no one knows what would have become of him," the President said. "You need courage and the capability to do that."

Working as a firefighter corresponds with his skills, Macron said, and opened the door for him to join.

The French media reported that the father of the small child was detained for alleged parental neglect.