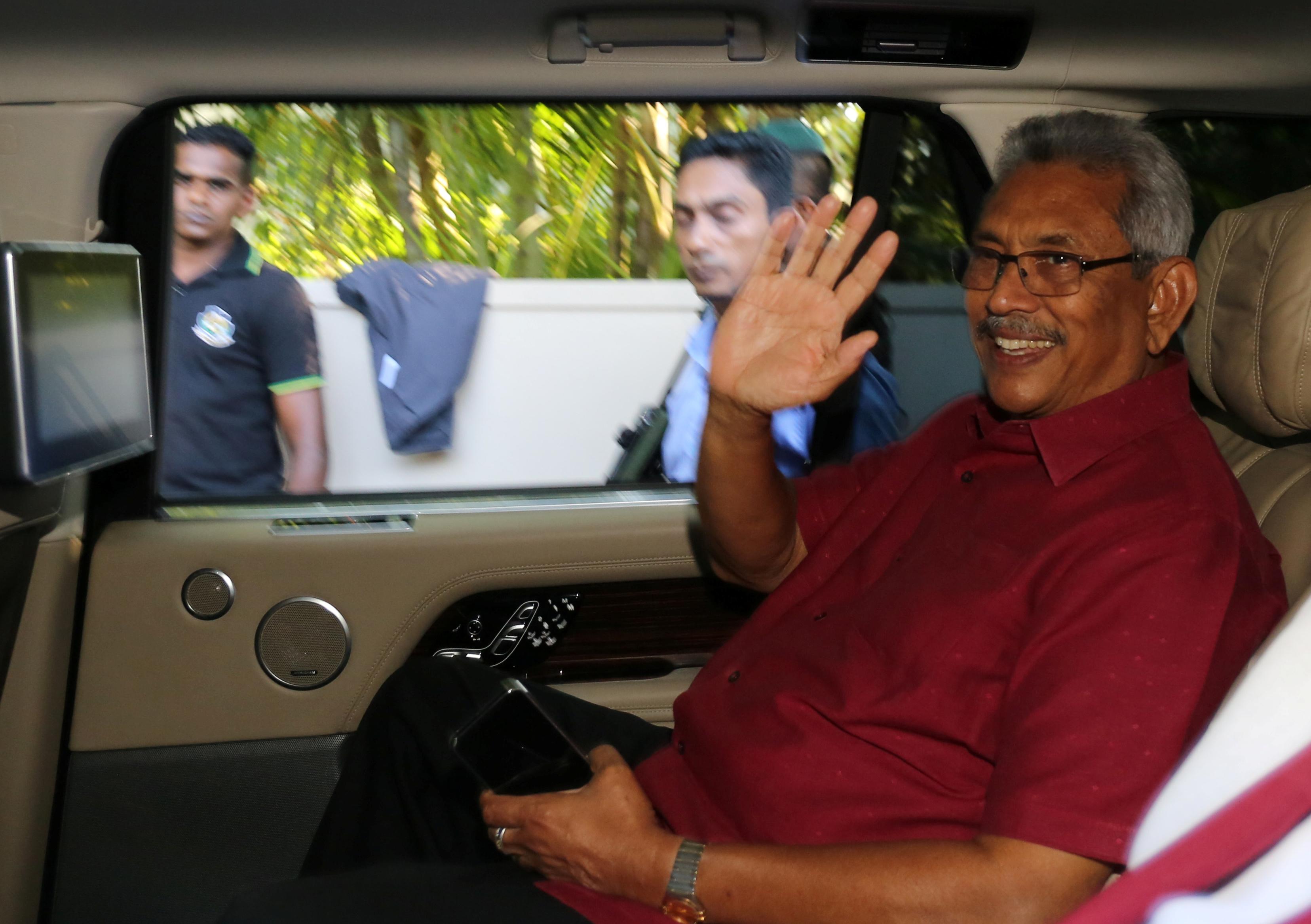 Rajapaksa, who will be sworn into office in an ancient Buddhist temple on Monday, is the latest nationalist leader to sweep to election victory, tapping into the anger and fears of majority communities.

In his first comments after defeating Sajith Premadasa, a housing minister in the current government, Rajapaksa struck a conciliatory note, suggesting he would be leader of all Sri Lankans, regardless of their ethnic and religious identities.

“As we usher in a new journey for Sri Lanka, we must remember that all Sri Lankans are part of this journey. Let us rejoice peacefully, with dignity and discipline in the same manner in which we campaigned,” Rajapaksa said in a tweet.

The election commission said Rajapaksa won 52.25% of the votes in Saturday’s election, while Premadasa got 41.99%, giving Rajapaksa a far bigger lead than predicted by politicians and analysts.

Millions voted to elect a new president to lead the country out of its deepest economic slump in over 15 years, dragged down by its tourism sector following the bombings on April 21 which killed more than 250 people.

Rajapaksa, 70, oversaw the military defeat of Tamil separatists under his brother and then president Mahinda Rajapaksa 10 years ago. He has promised strong leadership to secure the island of 22 million people, the majority of whom are Sinhalese Buddhists.

Rajapaksa and his brothers, who are expected to get key positions, are seen as closer to China than Premadasa. China has invested billions of dollars building ports, expressways and power stations in the strategic Indian Ocean island nation.

But these projects have also led to high debt levels for Sri Lanka.

Finance minister Mangala Samaraweera and two other ministers resigned on Sunday after the defeat of the ruling party’s candidate in the election.

Tamil political parties are strongly opposed to Rajapaksa, who has faced allegations of widespread human rights violations of civilians in the final stages of the war against the separatists in 2009.

Rajapaksa and his brother deny the allegations.

Muslims, the other large minority group, say they too have faced hostility since the April attacks on hotels and churches in which more than 250 people were killed. Islamic State claimed responsibility.

“His victory shows a division, and this could create more issues specially for other ethnic groups. I don’t know how he will tackle Muslims and Tamils,” said Victor Ivan, a political columnist.

Indian Prime Minister Narendra Modi said in a tweet he looked forward to working with Rajapaksa. Sri Lanka, sitting near shipping lanes in the Indian Ocean, has become an arena of contest between regional heavyweights India and China.

Beijing stepped in for post-war reconstruction after the West and India shunned the Rajapaksas because of the allegations of rights violations at the end of the civil war.

Now that the family was returning to power, China will likely be the gainer, said an analyst. 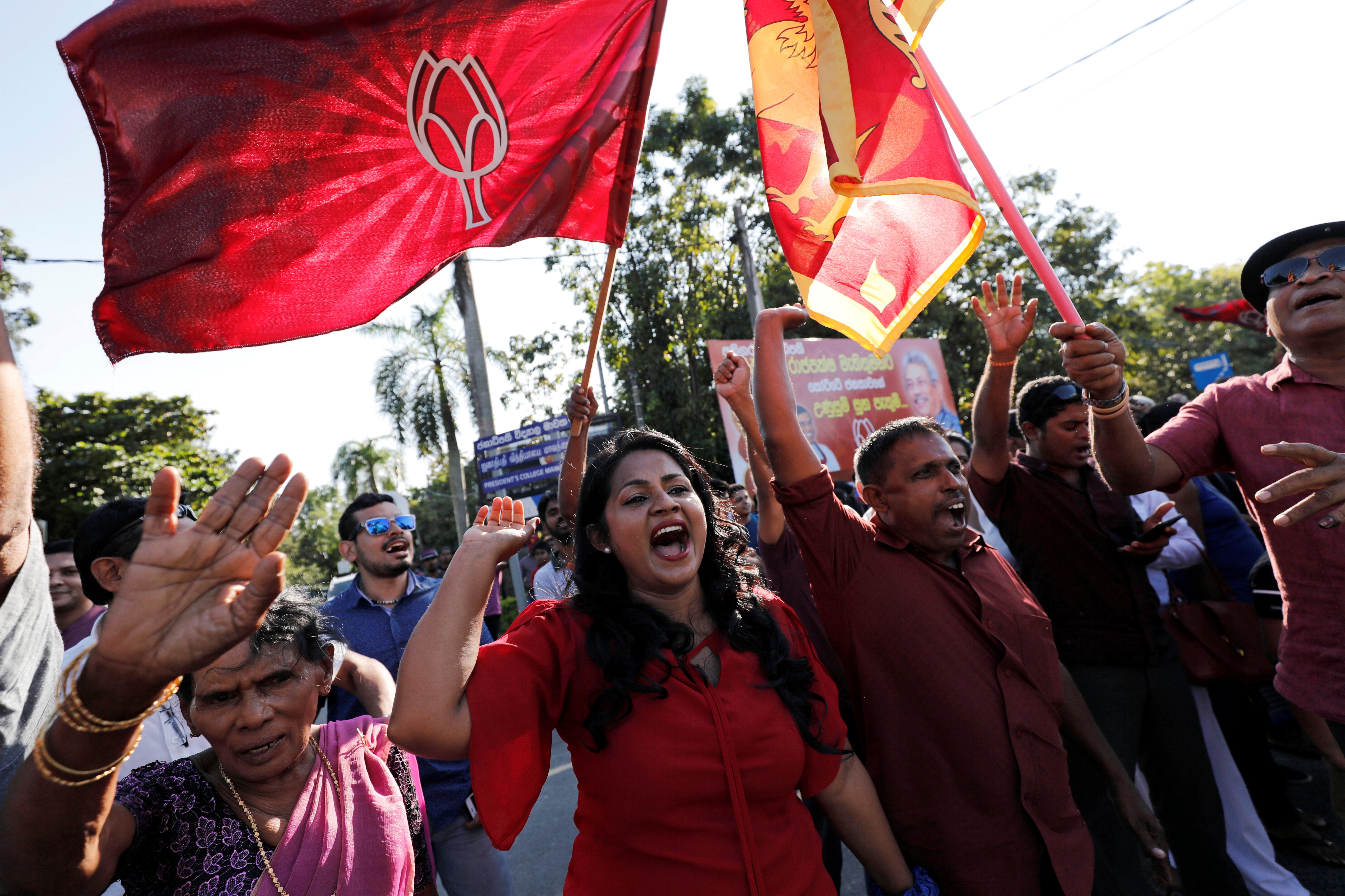 “We’re likely to see a pivot toward China once again. China is likely very happy that Gota has won,” said Akhil Bery of the Eurasia group.

During the campaign, Rajapaksa promised to cut the 15% value added tax by nearly half and abolish some other taxes, as a way to reignite consumption and growth.

These cuts could lead to a loss of more than 600 billion rupees ($3.31 billion) in tax revenues, finance ministry officials say, adding to the pressure on public finances at a time when the country is under a $1.5 billion, four-year IMF loan program.