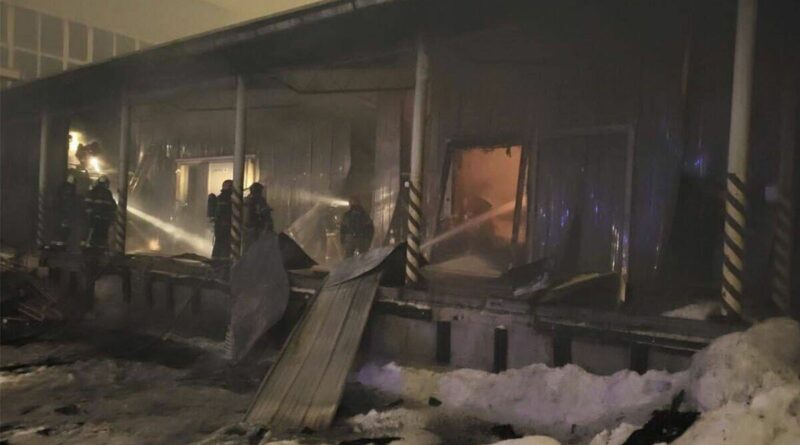 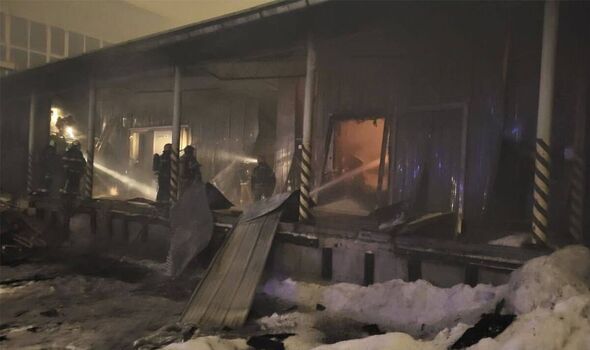 A massive warehouse in St. Petersburg, Russia has reportedly turned to ashes after an overnight fire due to “unknown causes”. A total of 400m2 of the facility was reported to be destroyed by the fire, according to Ukraine expert NoelReports. The blaze follows accounts of another fire this morning that burned through the roof of a shop in a village in the Krasnoyarsk region of Russia.

Both fires come after several mystery fires around Russia, particularly in St Petersburg, were reported in the last several months.

Last week, another large fire broke out at a tractor factory also around 400 square metres in St Petersbeg, leaving two dead, according to the New Voice of Ukraine.

The incident, which occurred at the “Belarus MTZ” factory also had unknown causes.

And in October, a warehouse went up in flames near St Petersburg and prompted a large operation to extinguish the fire.

A group of 160 firefighters and 45 units of special equipment helped to tackle the blaze which affected an area of roughly 12,000 square metres in a village named Metallostroy, the Russian news agency TASS reported.

We’ll be bringing you the very latest updates, pictures and video on this breaking news story.

For the latest news and breaking news visit: express.co.uk/news

Stay up to date with all the big headlines, pictures, analysis, opinion and video on the stories that matter to you.

Follow our social media accounts here on facebook.com/DailyExpress and @daily_express