Staff at the hotel where Meghan Markle and her mother are staying before the royal wedding have allegedly been banned from waving them off tomorrow.

Meghan is staying with her mother Doria Ragland at Cliveden House Hotel in Taplow, Buckinghamshire, before marrying Prince Harry at Windsor Castle the next day.

But workers at the Grade I-listed stately home have been told they cannot bid farewell to the mother and daughter when they leave tomorrow, it is claimed. 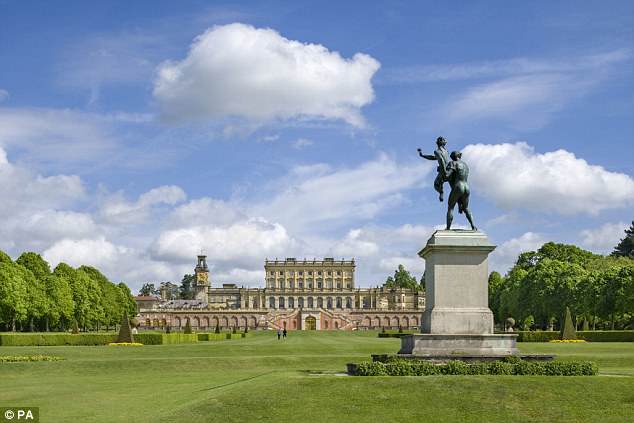 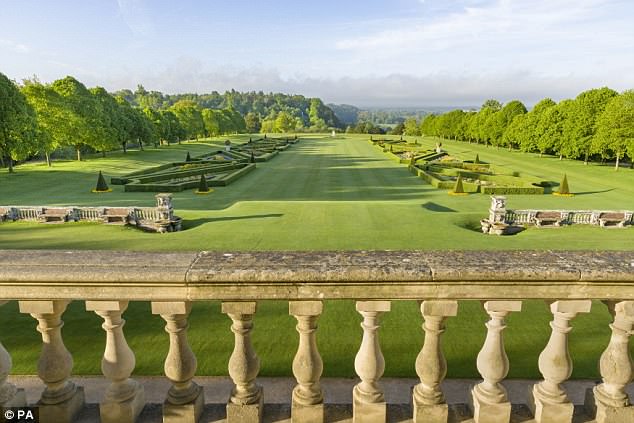 A source told The Sun reporters Dan Sales and Nick Pisa: ‘The wedding of Harry and Megan is said to be a wedding for the people.

‘Megan is staying at Cliveden in the countryside which is a very nice choice. So we thought it might be great to cheer her on her way, and stand at the side of the road.

‘It seems even the staff at Cliveden will not be allowed to wave her off. As for the riff raff public, we can’t even stand on the side of the road.’

The star attraction at Cliveden is the three-bedroom Spring Cottage, which costs from £2,055 per night and features a ‘country kitchen’, two lounges and an office.

The hotel claims it offers ‘the utmost in privacy and escapism’ and is ‘perfect for families, small groups or couples seeking an indulgent and romantic hideaway’. 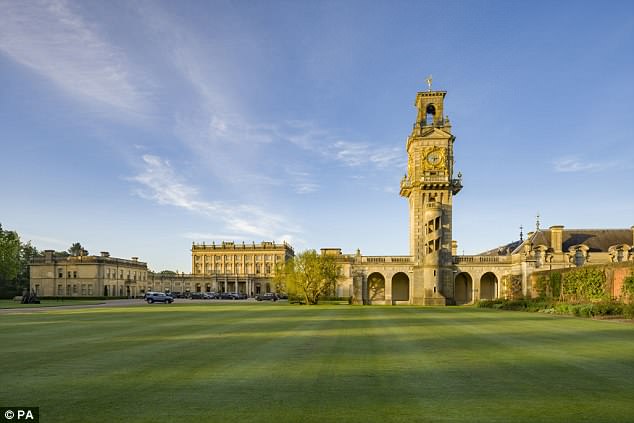 Workers at the home cannot bid farewell to the mother and daughter tomorrow, it is claimed 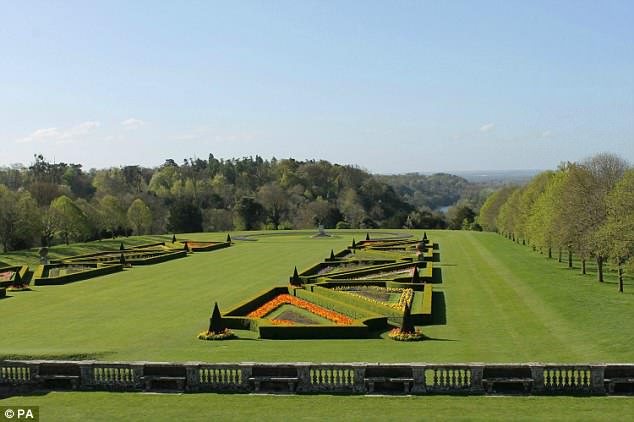 The hotel in Buckinghamshire features 34 bedroom, nine suites and a £2,055-a-night cottage

It is set on the banks of the River Thames and includes its own private boat launch mooring. Cliveden House also features 34 bedroom and nine suites. 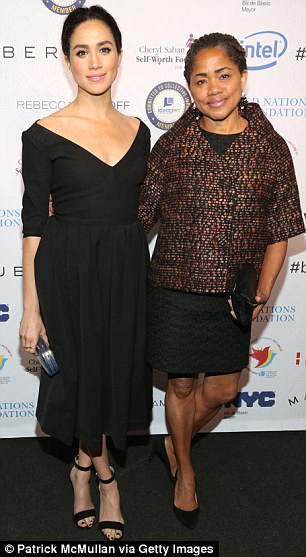 If the 36-year-old bride needs to settle any pre-wedding nerves, she may take a stroll through the tranquil water garden, or for a distraction can embark on the Cliveden Maze.

There is also a fitness trail, tennis courts and heated swimming pools. Football Steven Gerrard married Alex Curran at the hotel in 2007.

Cliveden House boasts of hosting ‘debaucherous parties and scandalous affairs’, and it played an integral role in the Profumo affair.

Then-Secretary of State for War John Profumo first spotted Christine Keeler, 19, skinny dipping in an outdoor pool at the hotel in 1961. They went on to have an affair which enthralled and scandalised the nation in 1963.

Profumo was forced to quit his job following lurid disclosures of high-society sex parties and claims he had shared his mistress with a Soviet defence attache.

Spokesman for Kensington Palace and Cliveden House both declined to comment on today’s claims, with the latter saying: ‘We do not comment on our guests or staff.’