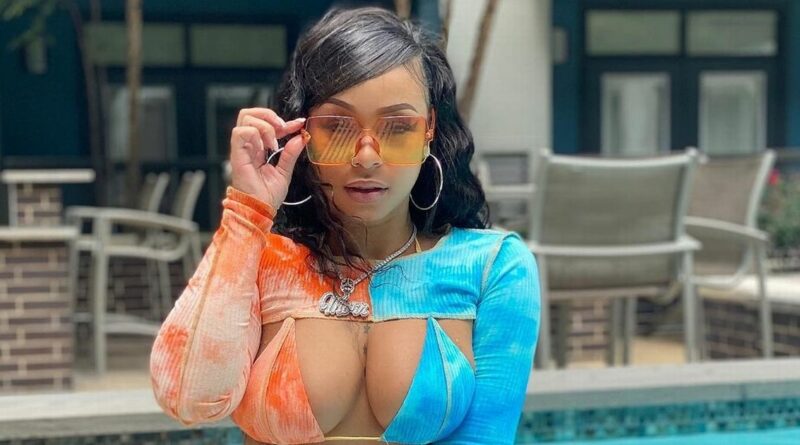 The dad of an OnlyFans model and Instagram star found her strangled to death at the bottom of the stairs of her apartment – which had been covered with disturbing messages by her killer.

Mercedes Morr, 33, was discovered by her dad, Mark Gagnier, who said he went to his daughter's house in Houston, Texas, US, on Sunday, August 29, after growing worried because he hadn't heard from her.

He kicked in the door to find her lifeless body lying at the bottom of the stairs.

She had been murdered by Kevin Alexander Accorto, 34, a Florida man who her family says had been stalking her online and who her family believe had remained in the flat for several days after the brutal killing.

Morr, whose real name was Jenae Gagnier, had hundreds of followers on her Instagram, Facebook, Snapchat and OnlyFans accounts, police have said following her tragic death.

Mark says that after forcing his way into the apartment by kicking the door down, Accorto plunged a knife in his neck – who then went upstairs to find him lying on the ground, bleeding. He died seconds later.

The grief-stricken dad said Jenae's home was destroyed, with blood everywhere and messages written in lipstick on the wall.

The messages included the disturbing phrases "I should have stayed in Florida", "I wish I never loved her" and "I was used".

Mark also alleged that it looked as though Accorto had been in the home for "two or three days", writing all over the walls.

"I didn't know what he did. He was twitching, he was gurgling.

"I could look in the room, there's writing all over the walls.

"He was there for like two days, writing on the walls. There's blood all over the apartment.

"Supposedly, when I kicked in the door, he ended his life. For me to see that, I kind of just was in shock. I just stood there."

He added that he is yet to find out how Accorto found his daughter, who he said was private and quiet at home and vigilant with security, despite her public online profile.

"I just know that he's not somebody that my daughter doesn't associate with.

"We keep her private, not even her real friends really knew her name. I've moved my daughter three times because of my insecurities.

"She didn't have friends by her house."

Her father added that he was constantly worried about how many followers his daughter had, and whether any wanted to harm her.

He added: "It scared the hell out of me. Jenae you have all these followers, some follow you because they love you, some are crazy and some are obsessed.

"That's why I guarded my daughter. Her friends thought her name was Mercedes… they didn't know where she lived.

Her mother said: "She didn't know this guy. He was a random person. He killed her and he killed himself."

In an Instagram post following Jenae's death, the star's sister London claimed that Accorto had been stalking her sibling.

She shot down rumours Mercedes had been "robbed" and said: "It was just a stalker from outta state who'd BEEN stalking her."