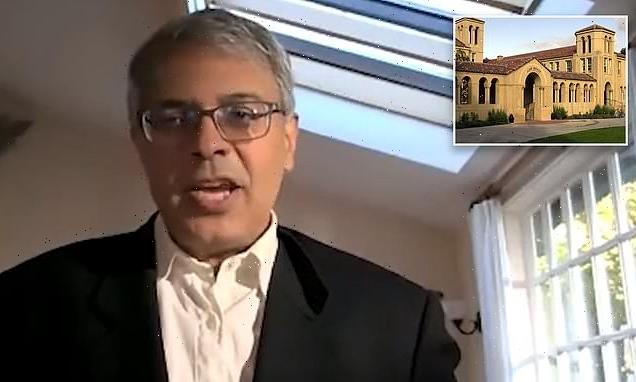 ‘It’s a social credit system’: Stanford professor revealed to be blacklisted by Twitter for opposing COVID lockdowns says it’s like McCarthyism of 1950s because woke execs thought his ideas were ‘dangerous’

A Stanford professor says he was blacklisted by Twitter for opposing the COVID-19 lockdowns because some thought his ideas were too dangerous.

Dr. Jay Bhattacharya appeared on the Ricochet podcast with conservative host James Lileks on Friday to discuss his inability to be verified on Twitter since it was revealed last week that the social media giant shadowbanned him to prevent his ideas from spreading.

Bhattacharya is a tenured professor at Stanford, who previously co-authored a letter in 2020, the Great Barrington Declaration, which declared the lockdowns were damaging.

‘It turns out James that I’m on a blacklist which I thought the United States kind of put behind us in like the 1950s but I guess that’s the modern way now,’ Bhattacharya said. ‘What happens with this kind of mechanism of social control is to tell the world that this idea is too dangerous to discuss. This person is too dangerous to think about.’ 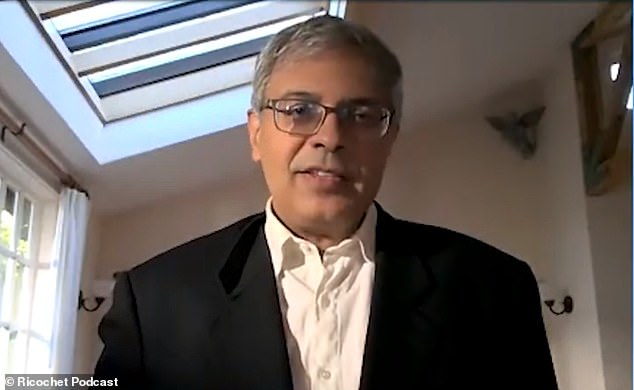 Dr. Jay Bhattacharya on the Ricochet podcast to discuss how Twitter attempted to block his controversial thoughts about the COVID-19 pandemic 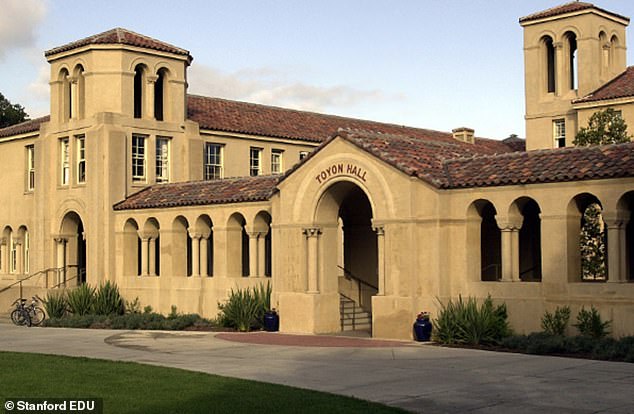 Bhattacharya is a tenured professor at Stanford University, who previously co-authored a letter in 2020, which declared the lockdowns as damaging

The Stanford professor joined Twitter in 2021, a year after he wrote the controversial letter.

After appearing on various news channels to share his views on the pandemic and ramping up a following of about 290,000, it appeared as if the social media giant didn’t want to give him the blue checkmark.

‘I had some success, but I applied three times to become verified and they turned me down,’ Bhattacharya said.

Journalist Bari Weiss confirmed on Thursday that the professor was on Twitter’s blacklist, along with other public figures that questioned the severity of the COVID-19 lockdowns.

At the time, Specialist teams were put to work dealing with 200 cases a day.

Conservative commentators, including Dan Bongino and Charlie Kirk, were also deliberately put on a ‘search blacklist’ in Bongino’s case or tabbed ‘do not amplify,’ in the case of Kirk

‘It’s basically a social credit system, right? It’s a system designed to… tell people look I’m bad [and] I have dangerous ideas, don’t listen to me,’ Bhattacharya continued. ‘I think that’s really the purpose of something like that like it’s not possible for the internet to squelch ideas if they happen.’ 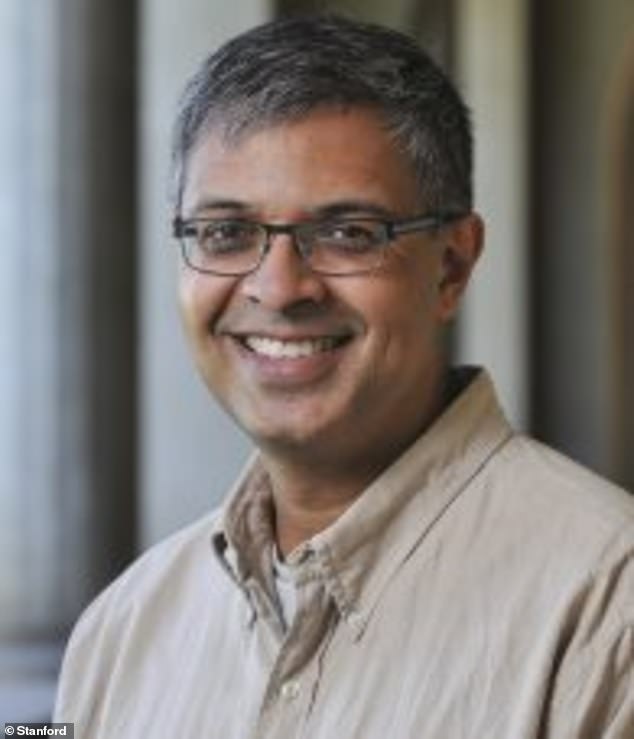 In a recent report, it was revealed that the professor was one of many who were shadow banned by the company

Elon Musk confirmed that conservatives were banned from Twitter despite not violating any policies.

The latest installment of the Twitter Files showed the scale of censorship and ‘visibility filtering’ on the social media platform.

Musk, who bought Twitter in October for $44 billion, vowed to end the practice of ‘shadow banning’ – secretly downgrading a person’s tweets or trending themes to minimize their reach.

Musk, 51, singled out Yoel Roth, the global head of trust and safety, who wrote in internal messages that he wanted more creative ways of censoring and muffling specific accounts and content. 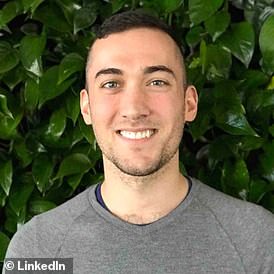 Yoel Roth was the global head of trust and safety at Twitter. Musk on Thursday highlighted a 2017 tweet in which Roth referred to the Trump White House as being full of ‘actual Nazis

Weiss made the revelations on Twitter last week in the second tranche of what has been termed The Twitter Files.

She reported that Twitter used what was termed ‘visibility filtering’ to downplay accounts they objected to, and had teams of people working to reduce the traction gained by individuals or their tweets.

One senior Twitter insider called it ‘a very powerful tool.’

The teams working to minimize certain accounts or topics were backed up by a top-level ‘Site Integrity Policy, Policy Escalation Support’ team – where the CEO and top legal advisors would decide sensitive cases of censorship. Jack Dorsey and his successor as CEO, Parag Agrawal, were on the team.

Top officials such as Yoel Roth, the global head of trust and safety, wrote in internal messages that he wanted more creative ways of censoring and muffling specific accounts and content.

Elon Musk, who bought Twitter in October for $44 billion, was gleeful about the revelations regarding the company he now owns – retweeting Weiss’ thread, with a popcorn emoji.

As @bariweiss clearly describes, the rules were enforced against the right, but not against the left,’ he said, adding that the company was ‘working on a software update that will show your true account status, so you know clearly if you’ve been shadowbanned, the reason why and how to appeal.’

Within Twitter, the practice was termed ‘visibility filtering’, Weiss reported.

‘Think about visibility filtering as being a way for us to suppress what people see to different levels. It’s a very powerful tool,’ one senior Twitter employee told her.

Twitter would block searches of individual users, make a specific tweet less easy to find, block posts from the ‘trending’ page, and remove them from hashtag searches.

Weiss said that the matter was dealt with by Twitter’s Strategic Response Team – Global Escalation Team, known as SRT-GET – a group that handled 200 cases a day. 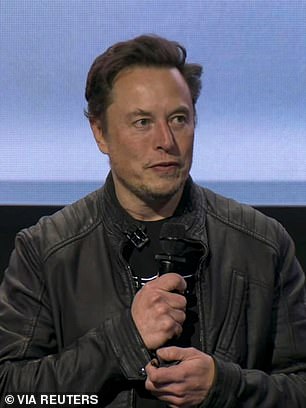 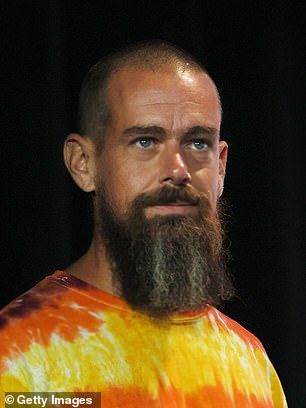 Elon Musk, 51, has vowed that ‘everything we find will be released’ as Twitter. He took over the company that was founded by Jack Dorsey 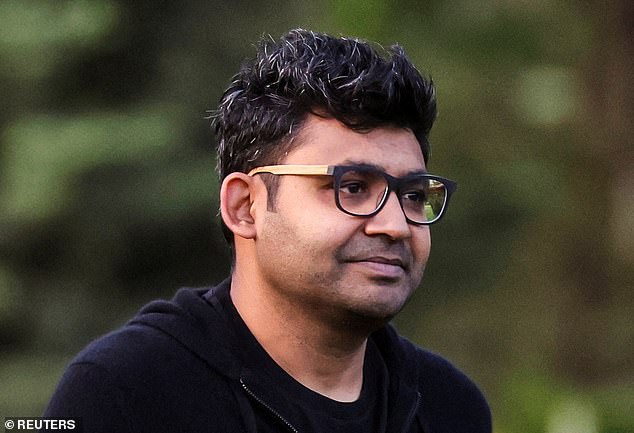 CEO Parag Agrawal was fired by Musk as soon as he took control of the company. It now emerges they were involved in ‘shadow bans’ of accounts

Dorsey and his replacement as CEO, Parag Agrawal, sat on the group, as did Gadde and Yoel Roth, the global head of trust and safety.

Roth messaged colleagues on Slack to say that ‘spam enforcements’ had been used as a way of circumventing the safety team ‘under-enforcing their policies’.

The group would need to intervene if any action was taken to limit the popular account @LibsofTiktok – whose account was tabbed internally: ‘Do Not Take Action on User Without Consulting With SIP-PES.’

Weiss said that the account was suspended six times in 2022, and the author, Chaya Raichik, was blocked from her account for at least a week each time.