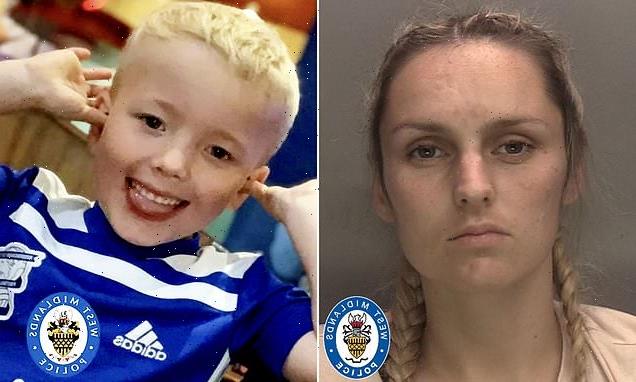 The stepmother who murdered six-year-old Arthur Labinjo-Hughes has been placed in isolation in jail for her own protection after becoming a target for fellow prisoners.

Emma Tustin, 32, is serving a 29-year prison sentence at HMP Peterborough after being convicted of Arthur’s murder at her home in Solihull, west Midlands, on December 3.

The evil stepmother killed the young boy by repeatedly slamming his head on a hard surface after she and his father Thomas Hughes, 29, force-fed him food laden with salt.

However, she has now been given vulnerable prisoner status, meaning she has no contact with other prisoners. Tustin also now eats, exercises and washes with only prison officers for company. 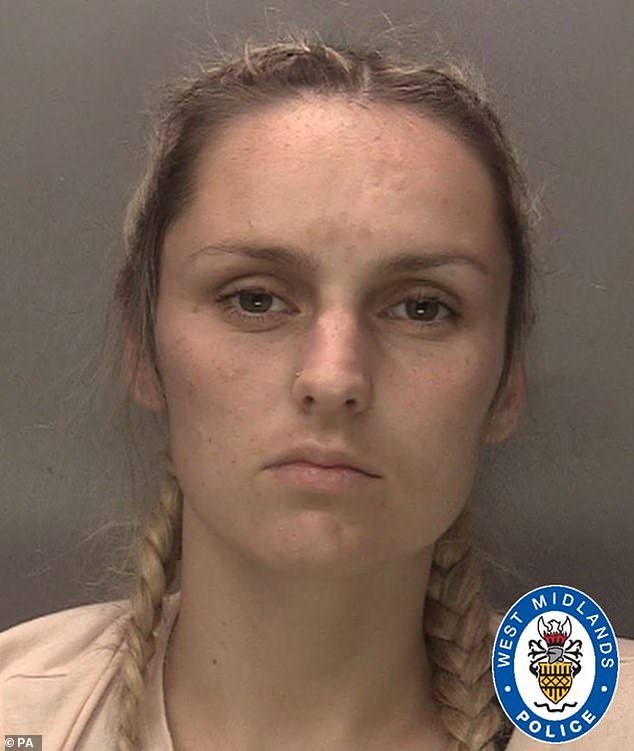 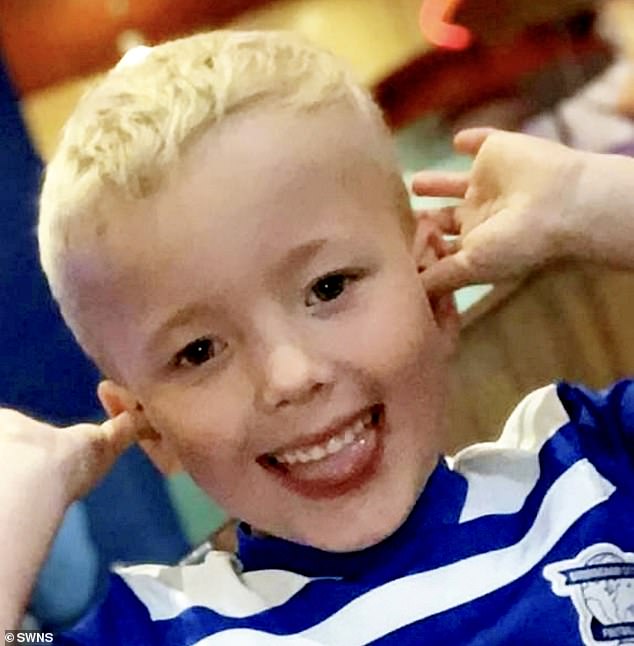 Arthur died after sustaining an ‘unsurvivable’ head injury on June 16, 2020, while in the sole care of Tustin at her home on Cranmore Road in Shirley, Solihull 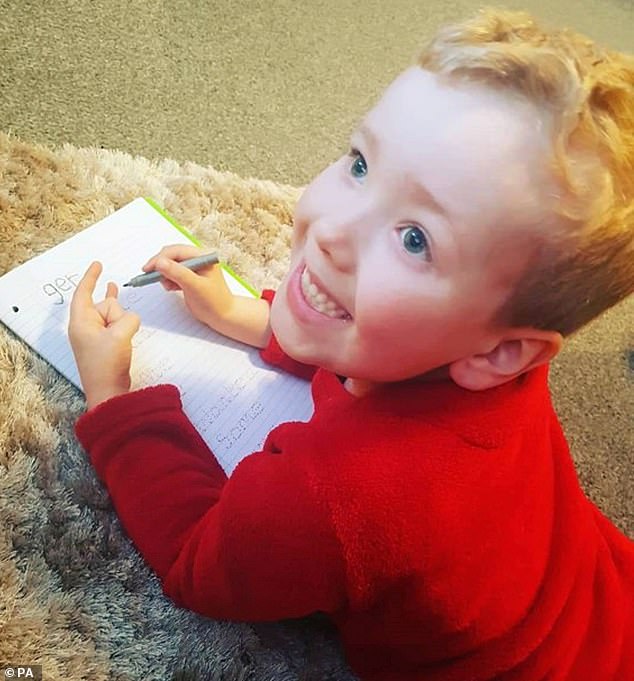 A source told The Sun: ‘Every effort is being made to protect her from attack. Like it or not, prison officers have a duty to keep order and the rule of law inside.

‘In her case, they’re gritting their teeth to do it but she’s a massive target.

‘It’s only a matter of time before someone takes a chance to do her in.’

Tustin is also said to be regularly observed to ensure she does not self-harm.

Details of Arthur’s cruel abuse and treatment, including being poisoned with salt, emerged during the Tustin’s trial at Coventry Crown Court and caused widespread shock, revulsion and grief.

The youngster had been subjected to months of ‘unimaginable’ abuse by Hughes and Tustin before he was murdered during lockdown on June 17 last year.

In one haunting video,  Arthur was seen struggling to stand before slumping to the floor of the living room. 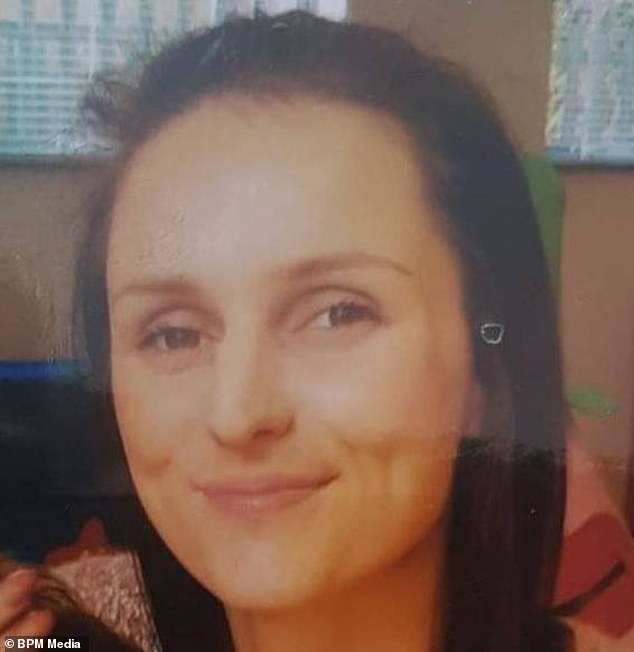 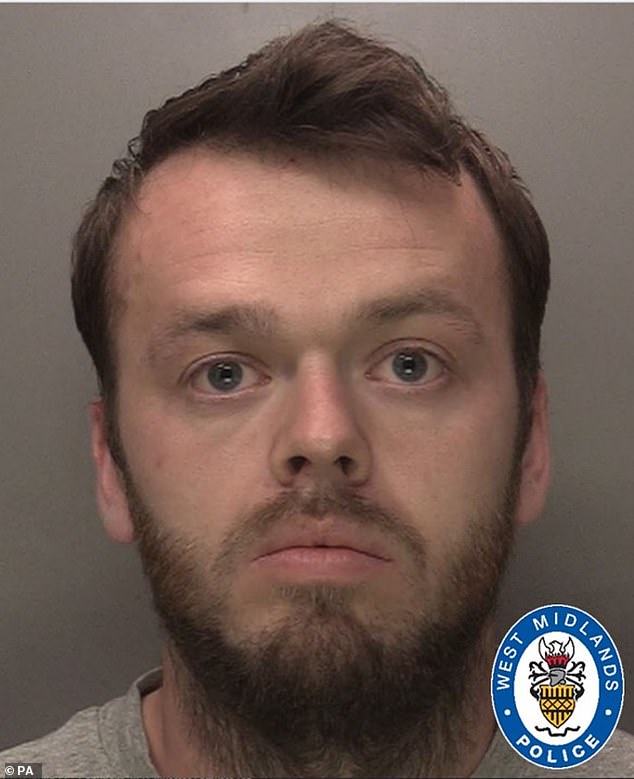 He cried ‘no one loves me’ four times as he struggled to walk to the other side of the room while appearing to be suffering from a limp.

Arthur suffered a total of 130 injuries all over his body, including ‘unsurvivable’ brain damage.

He had also been tortured, poisoned with salt and forced to stand on his own for up to 14 hours a day prior to his death.

Tustin often messaged Hughes within minutes of him leaving the home with an audio file of Arthur crying accompanied by a text saying words to the effect of ‘started again’ or ‘still going.’

Tustin was jailed for life with a minimum term of 29 years, while Hughes was sentenced to 21 years’ imprisonment for manslaughter after encouraging the killing –  including by sending a text message to Tustin 18 hours before the fatal assault telling her ‘just end him’.

A spokesperson for HMP Peterborough said: ‘We do not comment on individual prisoners.’