Federal stimulus checks helped millions of Americans stay financially afloat during the worst of the pandemic. For some, the payments also allowed them to finally invest.

A new study revealed that two in five stimulus check recipients used the funds for more than one purpose. Most notably, 47% of Black and Hispanic Americans used the payments in more ways than one, compared with 32% of white adults, according to the 2021 Financial Capability Study from FINRA Investor Education Foundation, a nonprofit dedicated to financial education and empowerment.

The analysis conducted from June to October 2021, surveyed over 26,000 stimulus recipients in the U.S. and found that Black and Hispanic American adults between the ages of 18 and 40 were more likely to invest some of the funds in the stock market than white respondents in the same age group.

“Many stimulus recipients reported spending the money in multiple ways — particularly Black/ African-American and Hispanic adults,” Gerri Walsh, president of the FINRA Investor Education Foundation, told Yahoo Money. “In fact, while Black and Hispanic young adults were more likely to invest than whites, they were also more likely to use the money to make purchases and pay bills.” 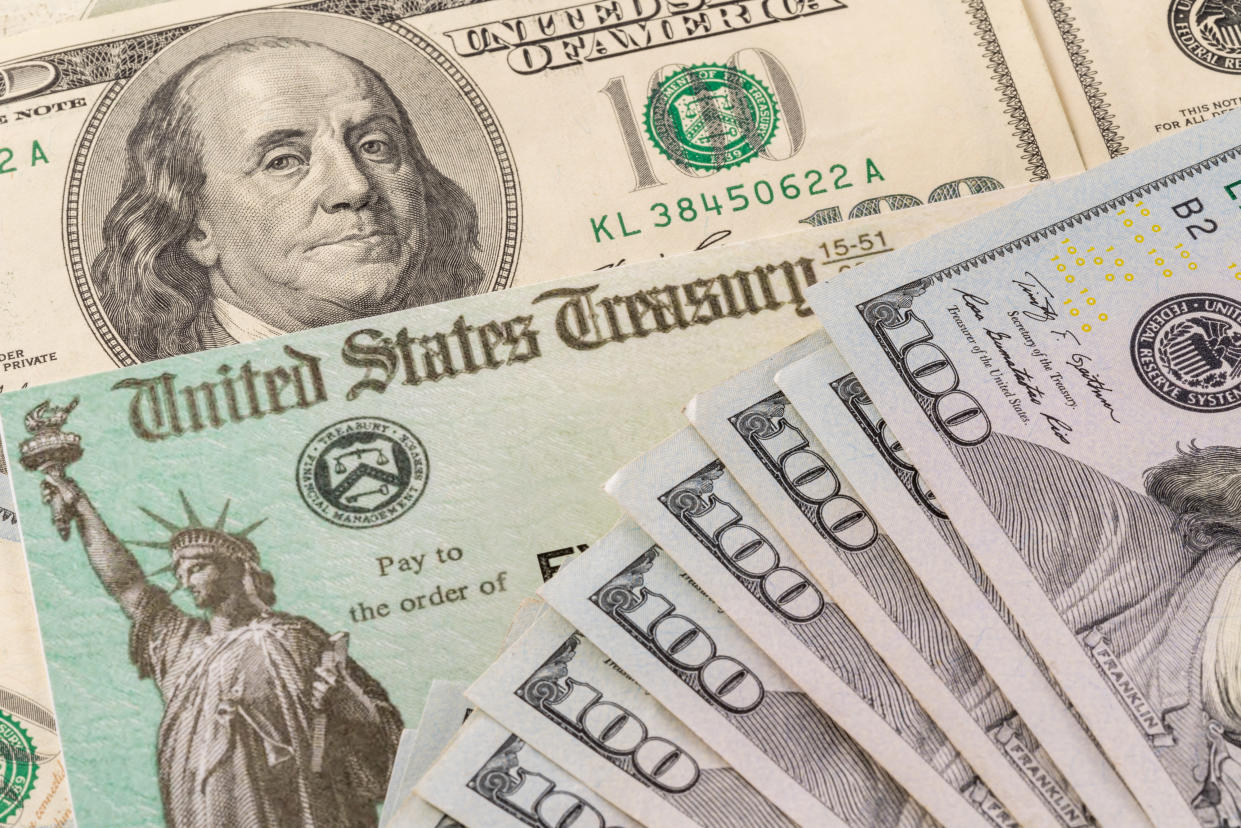 Stimulus checks helped bolster household finances, according to FINRA’s study, and contributed to some of the financial resilience documented in 2021.

More than 169 million payments were delivered by the IRS in the third and final round of stimulus checks to households across the country last year, with $1,400 reaching most households. According to FINRA’s financial capability study, Americans used the funds for its intended purpose.

Among those surveyed, more than 78% reported that they received at least one pandemic-related stimulus payment. Some 59% of respondents used the money to make purchases or pay bills, consistent with the goals of the American Rescue Plan, the analysis found. Another 38% added the money to their savings, while 33% used it to pay down debt. 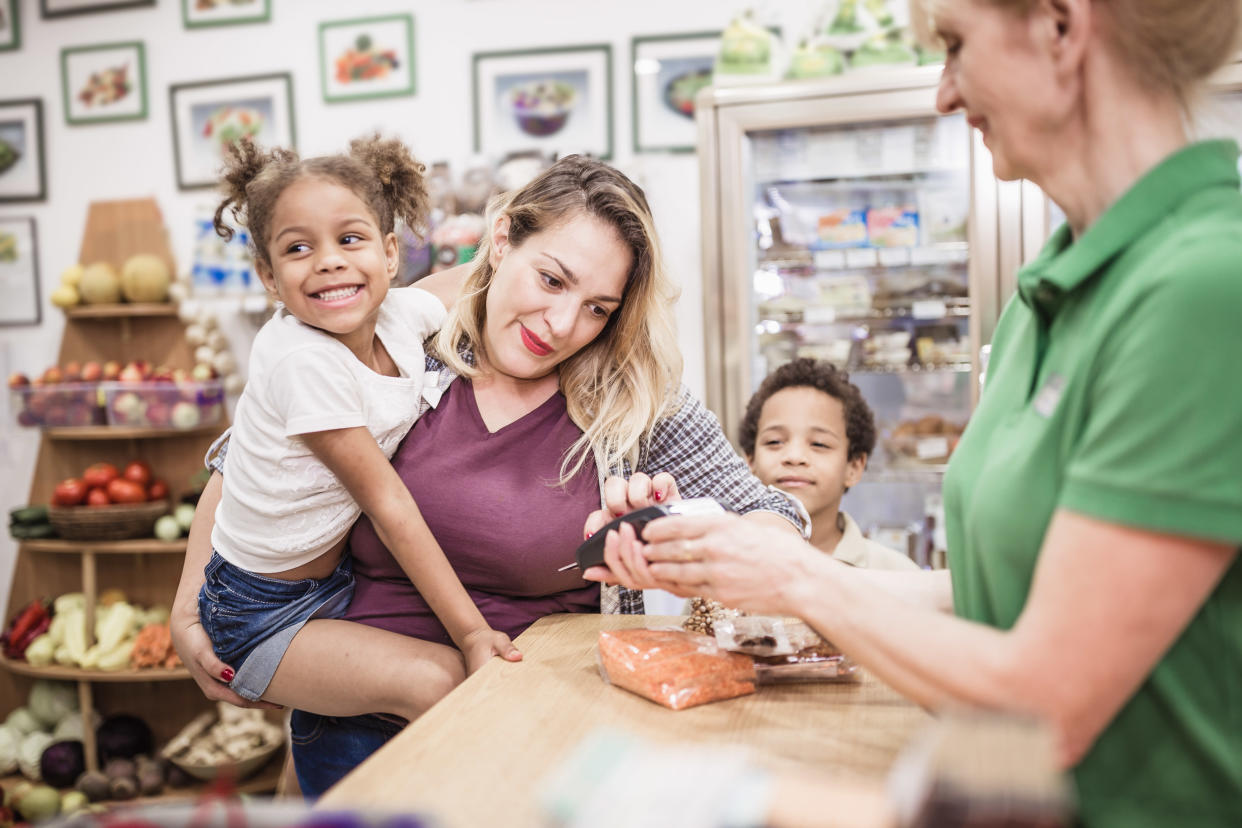 Additionally, some respondents said they donated some funds to individuals or organizations or invested in the stock market (7% and 6%, respectively).

“Nearly 6 in 10 respondents reported having made purchases or paid bills with the stimulus money they received, suggesting that a majority used the stimulus as intended,” Walsh said. “Of course, we need to keep in mind that many used stimulus funds for more than one purpose.”

The stimulus funds reshaped how Americans thought about money, which may have contributed to a boost in their understanding of personal finances, Walsh said. 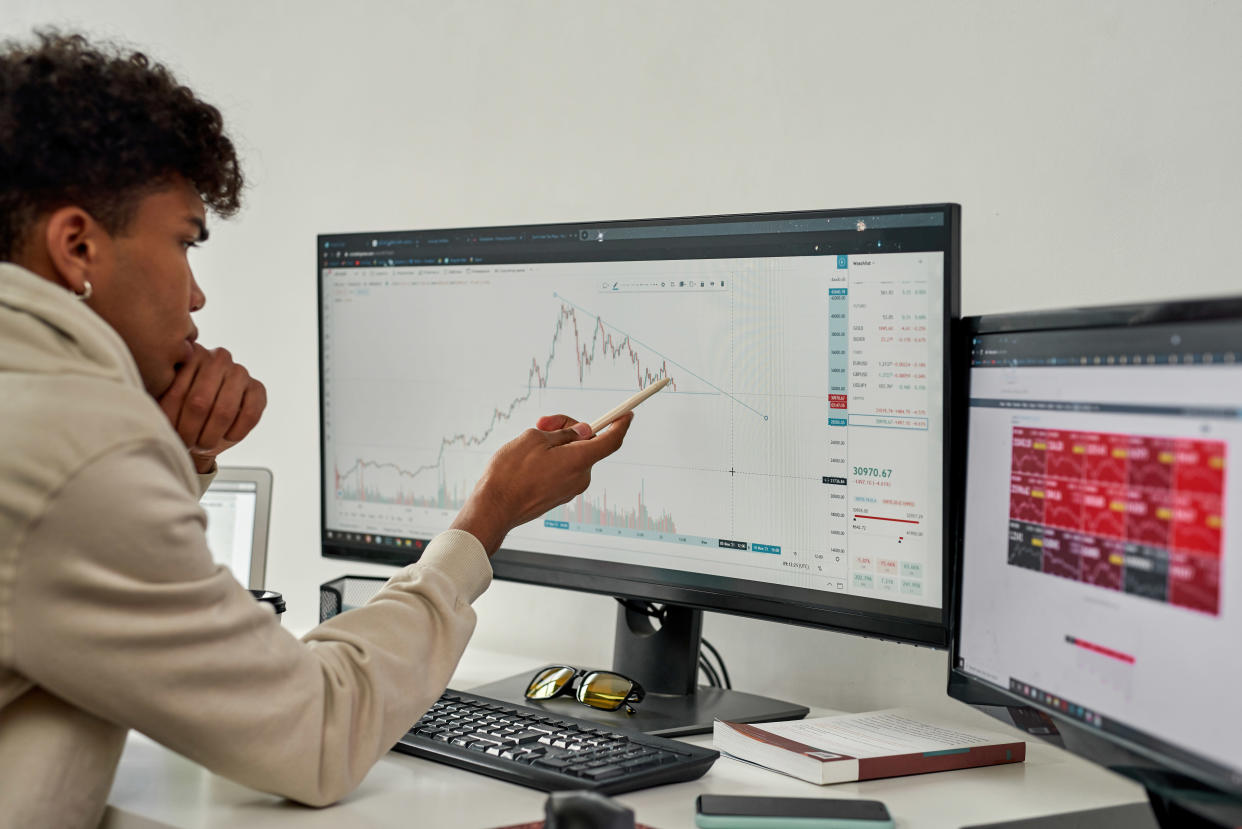 Some stimulus checks ended up in the stock market, and those most likely to invest were younger adults of color with college degrees, and folks with higher incomes.

Compared to all other age groups, those between the ages of 18-40 were found to have spent some of their stimulus in the stock market.

Among 18- to 40-year olds, Black Americans were 6.27% more likely to invest their stimulus funds than whites. According to FINRA, this was followed by Hispanic respondents who were 2.5% more likely to report using the stimulus payments for investing versus white respondents.

According to Walsh, the financial cushion of the stimulus checks provided “lower barriers to investing” for Black and Hispanic young adults.

“Including ease of access and the ability to invest with smaller amounts of money has in several ways democratized investing,” she said.

“It could be that when both the opportunity and the means to invest are presented, demographic groups that are typically underrepresented in the investor ranks might consider investing,” Walsh said. “Since investing is one avenue to decrease the wealth gap in America, this is in many ways an encouraging finding.”