A white rose for the White House: Master stonemason is flown to Washington to recreate one of the original Double Rose carvings etched by skilled Scottish craftsmen when the president’s home was first built in 1794 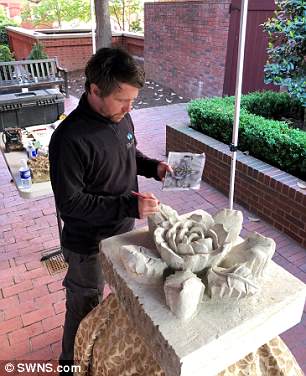 A stonemason has been flown to the White House to recreate a white rose at the presidential palace which was first made by Scottish craftsmen in the 18th Century.

Charles Jones, 38, was invited to replicate a white rose carving in tribute to the skilled Scots who went to Washington to help build the White House more than 200 years ago.

The Double Scottish Rose was used as a motif throughout the building by the stonemasons, who were headhunted for the Washington job in 1794.

Charles, from Carnoustie in Angus, has spent the past week in the White House garden working on a replica of the original rose design.

His finished piece due to go on permanent display in a museum on Capitol Hill.

‘I have literally been carving this at the bottom of the White House garden.. It’s been surreal, like a dream.

‘I suppose I am following in the footsteps of the Edinburgh stonemasons coming to the White House. 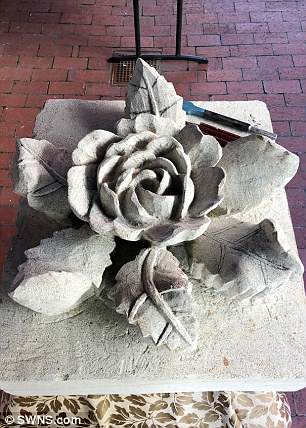 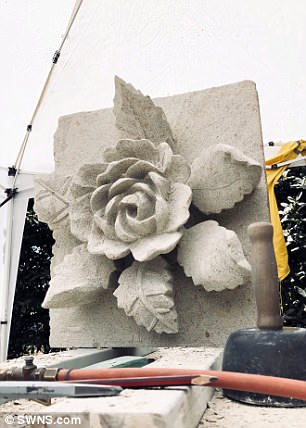 The Double Scottish Rose was used as a motif throughout the building by the stonemasons. Jones has been making a new one at the end of the White House garden

‘They came over, worked and most of them returned to Scotland and their families. I will go home after a similar experience.’

Charles was invited to Washington for a symposium organised by The White House Historical Association.

The group has carried out research on the links between the presidential palace and the Scots who helped create it.

With Scots considered among the greatest stonemasons in the world, the commission leading the White House project hired an Edinburgh merchant to track down a suitable team. 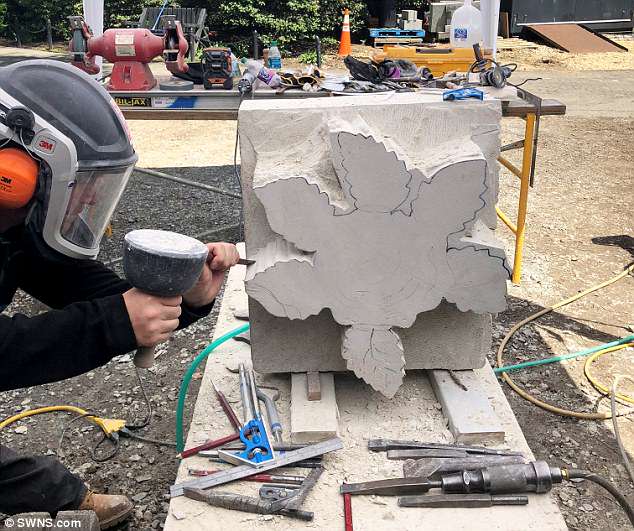 Charles travelled with his own mallet and chisel, but has borrowed some tools from National Park staff 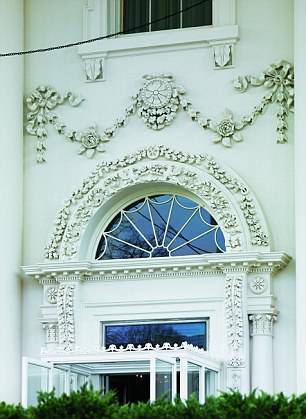 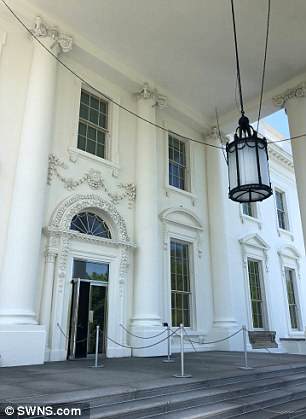 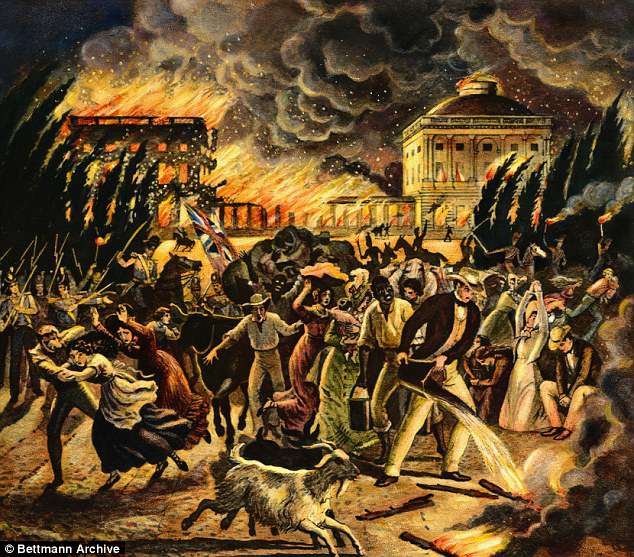 The craftsmen were found through Edinburgh Lodge Number 1, the oldest masonic lodge in the world, which had a chapter solely made up of working stonemasons.

With work on the New Town drying up due to the Anglo French wars, around eight to 12 men flouted a travel ban to head to Washington.

Charles said: ‘The stone they would have used here is of similar consistency to what we have back home.

‘I am sure the Scottish stonemasons would have been pleasantly surprised by that.’

The men carved the rose into the garland above the North Door, on the pilasters, and at the tops of the portico columns.

Charles travelled with his own mallet and chisel, but has borrowed some tools from National Park staff, and has been well positioned to view the original above the front door.

He added: ‘When we need to double check the detail, we just have to take a wander round and get our ladder out.’

Stewart McLaurin, President of The White House Historical Association, said: ‘The stone masons of Scotland today are the legacy of great craftsman from the 18th century who came to Washington and created the beautiful carvings that we still see on the White House.’