Look out for Storm Diana! Heavy rain and GALES are on the way this week as new weather front brings trouble from the Azores

Britain will be hit with another storm next week replacing last week’s beast from the east with 60mph winds and rain from the west.

On Tuesday a cold chill from the Atlantic Ocean will make its way to the UK before Storm Diana hits bringing more bad weather on Wednesday.

Gusts of up to 60mph are predicted when Diana arrives from the Azores, with rain and fog making commutes to work treacherous and Christmas shopping trips miserable.

Temperatures will be milder than last week but the cold air from the west will make it feel much lower between three and 10 degrees and heavy showers are expected the length and breadth of the country.

Before the cold weather fronts creeps in, conditions will still be chilly, with frost expected on Sunday and Monday nights, which could cause problems on the roads. 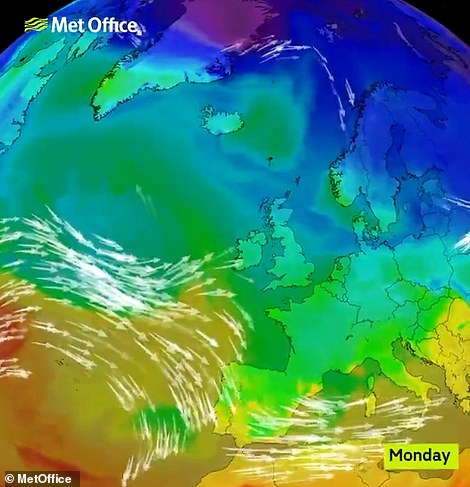 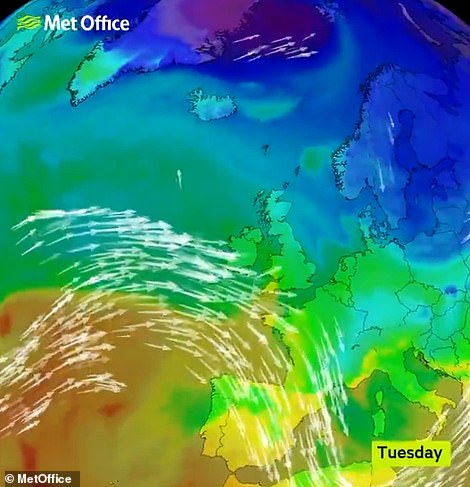 Britain will be wet and windy next week thanks to an Atlantic weather front moving in from the west on Tuesday (pictured moving in on Monday, left and arriving on Tuesday left) before Storm Diana arrives from the Azores bring more rain and heavy gusts on Wednesday 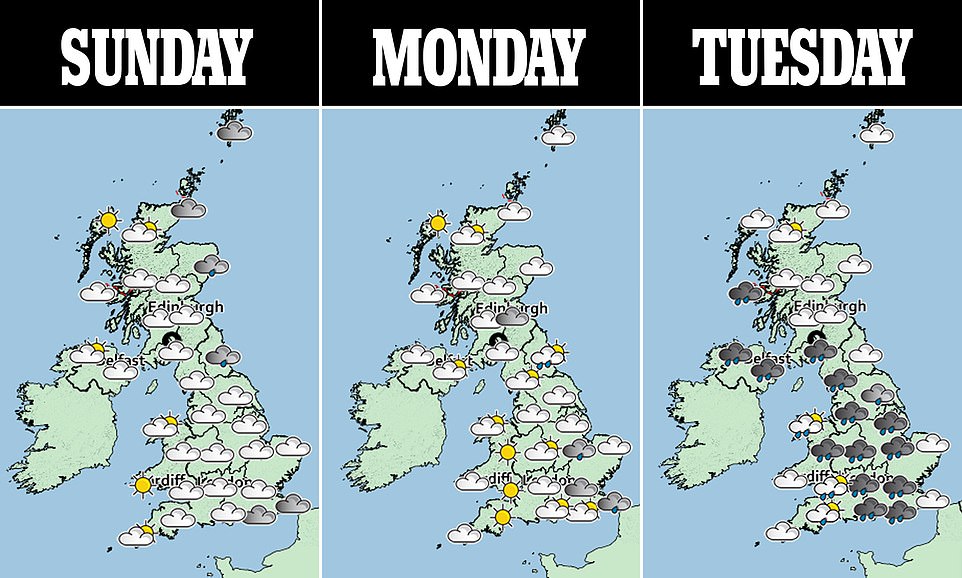 A three-day forecast shows how before the cold weather fronts creeps in from the Atlantic Ocean on Tuesday, conditions will still be chilly, with frost expected on Sunday and Monday nights, which could cause problems on the roads

Met Office deputy chief meteorologist, Dan Harris said: ‘It now looks very likely that we will see a major change in the UK’s weather early in the week ahead.

‘We expect spells of wet and windy weather to sweep across the UK from the southwest from Tuesday, although at the moment there is uncertainty around the timing and the focus for the heaviest rain and strong winds by Wednesday as Storm Diana approaches our shores.’

Forecaster Marco Petagna added: ‘A lot of windy weather is ahead. A front pushes in from Monday night, with another deep low on Wednesday bringing the risk of 50-60mph gusts in the West and North, and blustery conditions for other parts.

‘It stays unsettled for the weekend and into the following week – but a cold blocking pattern is expected to be in place into mid-December, with snow expected, especially on northern hills.’

Snow could fall in the Scottish highlands and hilly and mountainous regions like the Pennines, but precipitation will fall as rain and sleet for most of the country next week.

Cold temperatures are set to last through to the end of December, with bookies Coral giving a white Christmas 7/4 odds in Aberdeen, 3/1 in Manchester and Birmingham and 4/1 in London. A spokesman said: ‘Bookies are in a shiver about the festive freeze.’ 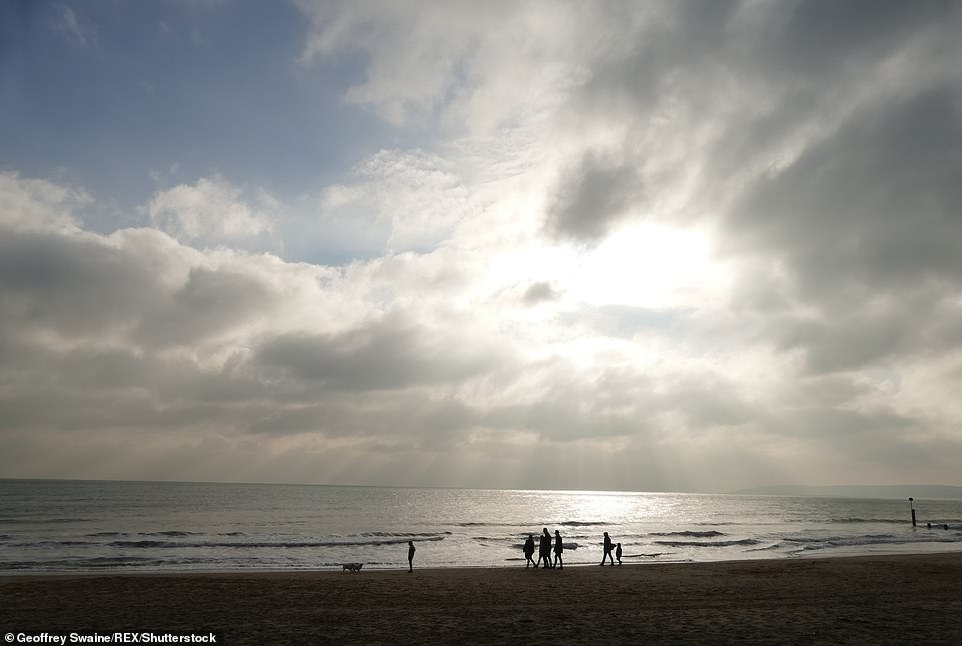 Gusts of up to 60mph are predicted when Storm Diana arrives from the Azores, with rain and fog making commutes to work treacherous and Christmas shopping trips miserable. Today conditions were more pleasant on the beach in Bournemouth, Dorset, but frost is expected in some parts overnight