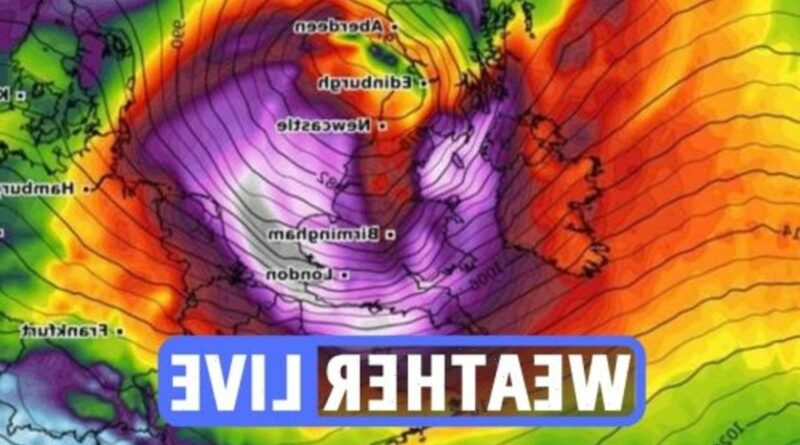 STORM Eunice is a threat to life so severe that the Met Office has been forced to issue a rare RED weather warning.

A severe wind warning covering 90% of the country -including the whole of England and Northern Ireland – is in place as Eunice strikes.

The Met Office's red alert means there is a danger to life from flying debris caused by the strong winds.

They say "uprooted trees" are likely and roads, bridges and railway lines will be forced to close, sparking travel chaos.

The Government has called an emergency Cobra meeting for later today to hammer out a plan of action for the two freak storms lashing Britain.