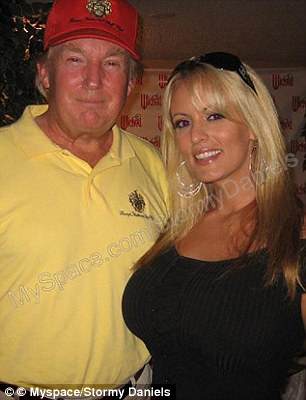 Stormy Daniels will receive the key to the city of West Hollywood for ‘speaking truth to power’ in her legal battle against President Donald Trump.

The adult film star will also have Wednesday named in her honor, and will have a meet and greet at Chi Chi La Rue, an adult entertainment store, ABC 7 reported.

‘In these politically tumultuous times, Daniels has proven herself to be a profile in courage by speaking truth to power even under threats to her safety and extreme intimidation,’ the city said in a statement.

Daniels, whose name is real name is Stephanie Clifford, made national headlines after revealing she was paid $130,000 to stay silent over claims she had sex with the President in 2006.

Trump has acknowledged reimbursing his lawyer for the payment to Daniels, but has denied her allegations of an affair.

Daniels announced on her Twitter she will be at Chi Chi La Rue for two hours on Wednesday to promote her new t-shirt line, ‘#TeamStormy’. 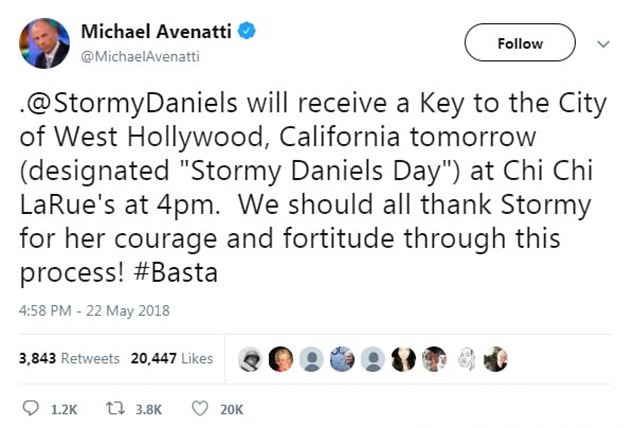 Daniels says she was paid $130,000 to stay silent over claims she had sex with the President in 2006

The City of West Hollywood has been vocal in its disdain for the Republican President, and last year called for his impeachment.

‘In 2017, the West Hollywood City Council approved a Resolution that calls on the U.S. House of Representatives to initiate proceedings for the impeachment of President Donald J. Trump,’ a statement on the city’s website read.

‘This came as a response to numerous violations of the Emoluments Clause of the United States Constitution, multiple violations of federal law as it relates to the employment of relatives, serious national security concerns resulting from potential interference with federal elections in 2016, and amid investigations of obstruction of justice.’

‘We should all thank Stormy for her courage and fortitude through this process,’ he wrote. 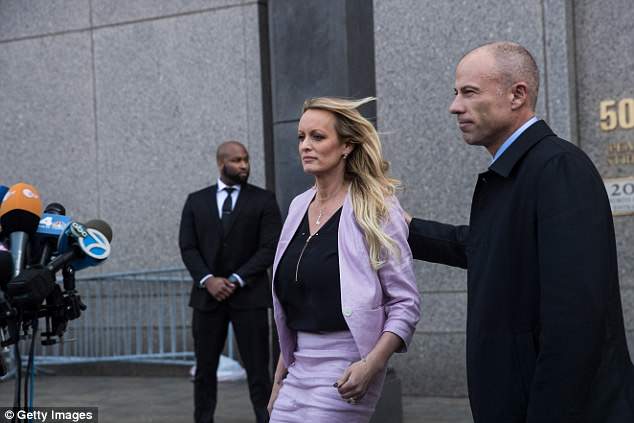