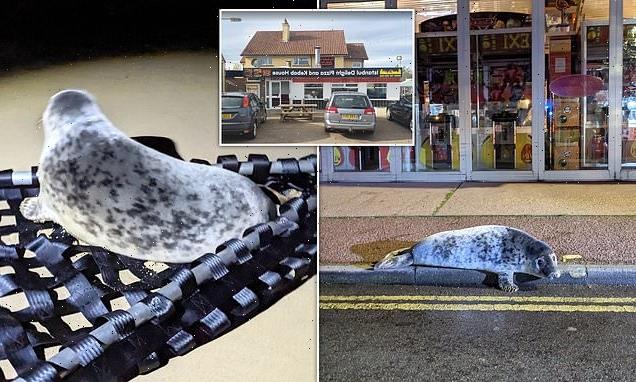 Feeling hungry were we? Stranded seal pup is rescued from outside seaside resort’s kebab shop

A stranded seal pup has been rescued after it was spotted wandering past a seaside resort’s arcade and kebab shop.

Marine and Wildlife Rescue was called at 11pm Friday night after they were sent pictures of the grey seal pup outside Istanbul Delight kebab shop in Hemsby, Norfolk.

The organisation were in disbelief that the pup would be found hundreds of metres inland, Dan Goldsmith, chairman of the rescue centre said: ‘We spoke to a couple of people that were milling around there and thought it was a wind-up, 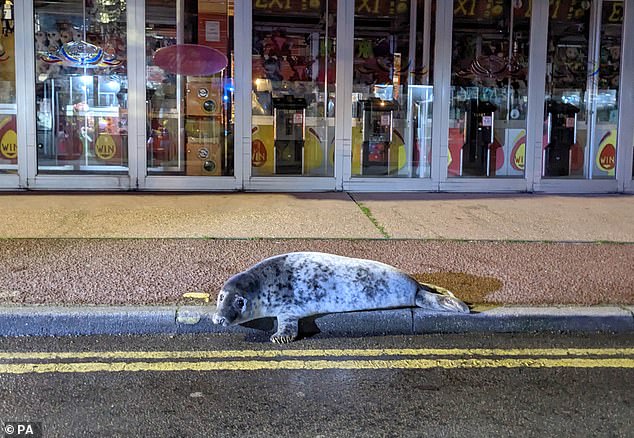 A seal pup was found hundreds of metres inland, shuffling along on a path outside nearby an amusement arcade called the Mirage 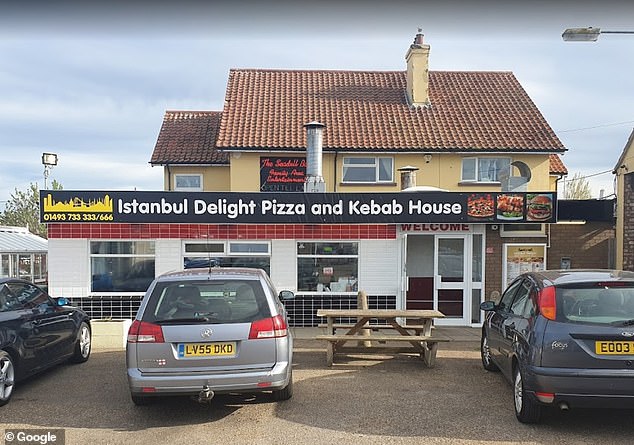 After searching the area for a period of time, the team eventually found the seal shuffling along on a path outside an amusement arcade called the Mirage.

The chairman of the Great Yarmouth-based organisation added: ‘The pup must have just been looking for some shelter, but got disorientated and kept heading inland.’

Mr Goldsmith, 38, said the juvenile marine mammal was in good health and he and a colleague loaded it on to a stretcher to carry it back to the beach.

He added that such sightings of seals inland are becoming more common as a result of surging populations in the UK in recent years. 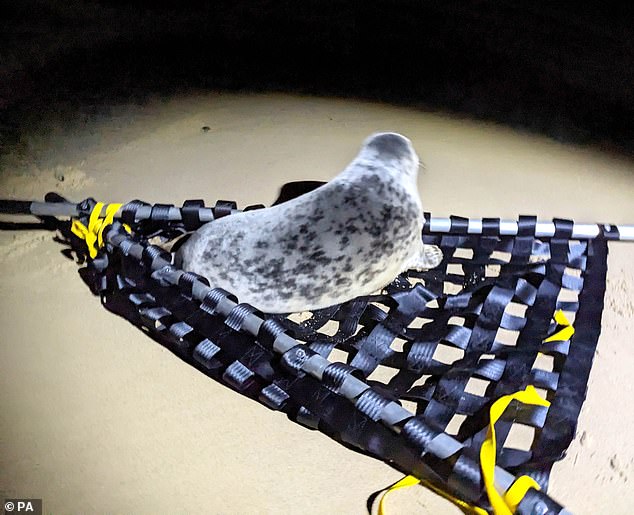 Marine and Wildlife Rescue was called at 11pm Friday night, and once the seal was found he was loaded it on to a stretcher and carried back to the beach

‘This was more the unusual end of what we do, but this is becoming more of a common occurrence… we responded to one the day before funnily enough, it was out on a road quite a few miles inland,’ Mr Goldsmith said.

‘I remember 20 years ago we didn’t get hardly any calls about seals, maybe two a week… I get probably at peak times 15-20 calls for different seals a day at the minute.’

Grey seal numbers in the UK dropped as low as 500 in the early 20th century, but there are now estimated to be 120,000 – and it is this population boom, coupled with the recent pupping season, that Mr Goldsmith said is behind the rise in sightings. 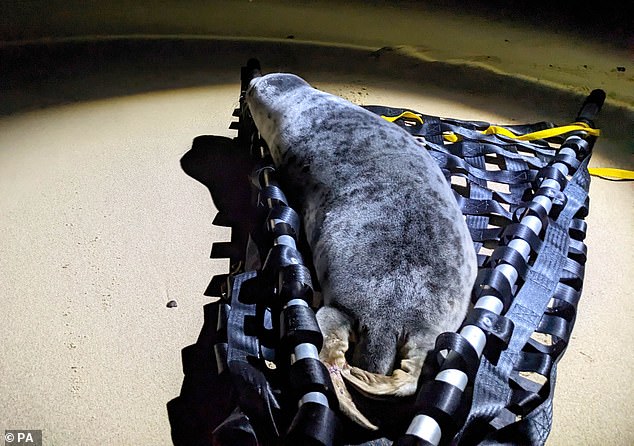 Mr Goldsmith, from Gorleston-on-Sea, warned those spotting seal pups inland not to approach them and to call for expert help.

‘We do get people that mean really well, that want to help and they’ve done things in the past but have been injured,’ he said.

‘Call a rescue organisation like us to assess because we’re used to working with them.

‘They’re very quick and responsive… and they can look very docile and friendly, but they’re not, they are really quite hostile things.’