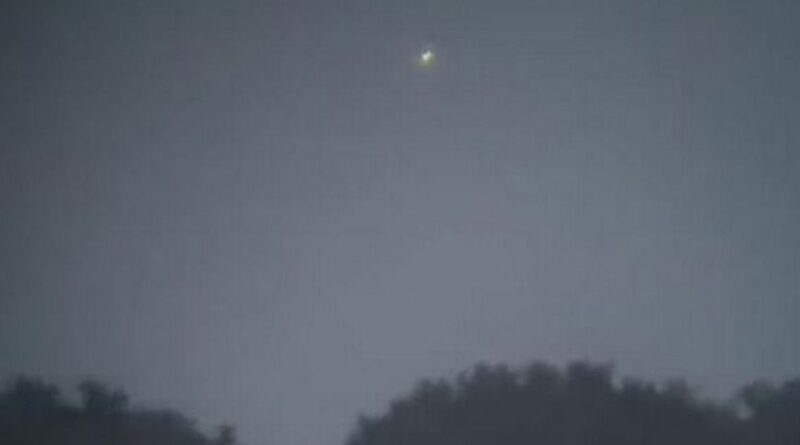 A man has spotted a strange object in the sky over the UK.

Some people who have seen the video claim it must be aliens, while other suggestions include a plane on fire to a sophisticated firework, Kent Live reports.

Footage shows a glow which appears to be travelling to the right before suddenly turning and flying towards the left.

Stephen posted the peculiar footage on Twitter on Saturday, August 28.

He said: "I had the telescope out because there was a beautiful moon and I was waiting for it to come up. I could see out of the corner of my eye a sparkling object, which I initially thought was a shooting star.

"I shared it on Twitter to see if anyone had any good ideas as to what it could be."

One person responded to the Tweet while suggesting it could be an acrobatic flying display team that uses pyrotechnics, but Stephen drew a blank when searching for nearby events.

Stephen added: "There has been a great deal of interest and a lot of people think it could be aliens visiting.

"There was also a person who has written an extraterrestrial book and he's keen to examine the video in more detail.

"I looked at local events in the area, but I couldn't see anything due to take place that evening."

Stephen reckoned the airborne object could have been a plane which was "in difficulties" or "just practicing".

He said: "It's just bizarre that no one has got any idea or has come forward with any credible explanation."