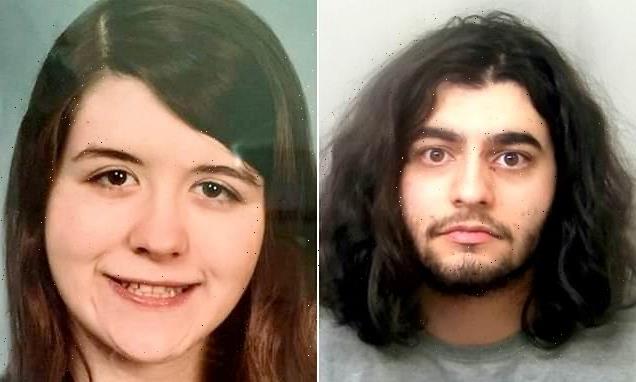 A killer who repeatedly stabbed his ex-girlfriend and tried to decapitate her in a drug-induced ‘fierce and fuming rage’ has been locked up for 18 years.

Adam Butt launched the ‘brutal and premeditated’ attack on American Mary Wells on the night of January 16, 2021, inflicting fatal stab wounds to her neck and torso.

Butt had met the 21-year-old Ms Wells online and was living with her in Colchester after Mary had travelled to the UK for a six month stay to be with him and to do some travelling.

But their relationship soured with Butt telling friends Ms Wells was ‘nagging’ him to seek therapy when his mental state declined as a result of heavy drug and alcohol abuse.

The prosecutor stated on the day of the killing, Butt travelled to Gatwick Airport where he decided he needed to decapitate Ms Wells and use her eyeball as a ticket to get through a ‘portal’.

Mary had flown thousands of miles from the US to meet Butt after the couple met online and it is understood they were sharing a flat at the time while Mary enjoyed exploring the UK. She had been due to return to the US three weeks after her death. 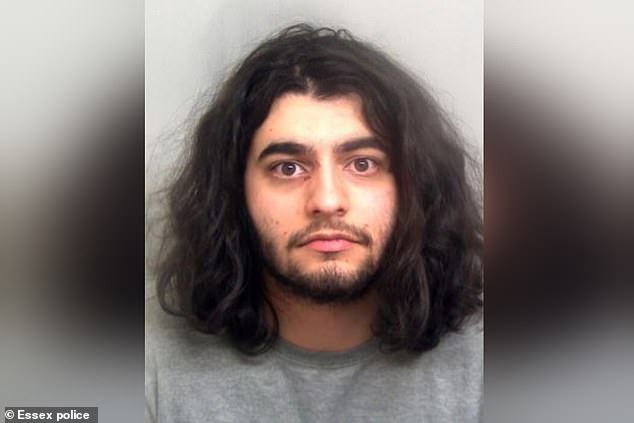 Mark Milleken-Smith, prosecuting, revealed Butt’s victim would have been conscious during the early stages of the ‘frenzied’ stabbing, during which she also suffered compression to her throat and was struck with a dumbbell.

Chelmsford Crown Court heard five-feet tall Wells attempted to fight back but ‘would have been no match at all for Butt’.

At an inquest last year, a coroner ruled Mary died from penetrating wounds to the neck and torso.

When the police entered the house shortly after 5.30am on January 17, they found Mary’s body on the floor at the foot of the couple’s bed with her head slumped forward, the court heard on Friday.

Paramedics were called but Ms Wells could not be saved and she was declared dead at the scene.

Butt, 23, was said to be sat in a chair in the corner of the room with his head down surrounded by blood on the wall. He would later admit manslaughter with diminished responsibility in August last year.

The University of Essex student, from Colchester, showed no emotion as he was sentenced to 18 years in a secure hospital and told he would spend the remainder of his life on licence, on Friday. 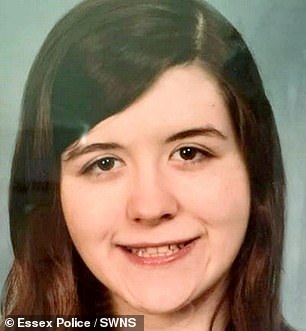 Mary Wells, 21, was found stabbed to death in a house in Colchester, Essex, in January 2021

The court heard Butt’s friends detailed how he had become unrecognisable and ‘manic’ as his mental state rapidly declined towards the end of November 2020.

Investigators were told the 23-year-old smoked cannabis and took acid and MDMA with some claiming they had never seen him sober.

Mr Milliken-Smith told the court: ‘Friends say by January 2021 he had changed unrecognisably. They pleaded with him to go to therapy.’

He said Butt began to have ‘aggressive outbursts’ often due to the mixture of drink and drugs, causing Wells to become anxious before arguments.

The court heard Butt once told her ‘I could easily kill you right now’ while armed with a fragment from a broken mirror.

Tom Price, mitigating, argued it was ‘quite clear’ Butt, who had met Wells on an online dating site, was going through a psychotic episode which began in November 2020.

Evidence delivered to the court strongly suggested the defendant’s mental decline resulted from heavy drug and alcohol abuse, with Butt previously telling a friend he was ‘stuck in a loop of never-ending acid trips’.

Prosecutors stated on the day of the killing, Butt had travelled to Gatwick Airport where he decided he needed to decapitate Wells and use her eyeball as a ticket to get through a ‘portal’.

It was his continued delusions which caused him to believe women were ‘evil’ which lead to Mary’s tragic death, as Butt launched the unprovoked attack on her at their Colchester home that night.

A text he sent to a friend following the attack said he had just ‘killed a demon’, the court heard, and he later told prison staff: ‘You don’t know what it’s like to kill your girlfriend, I’m a monster’. 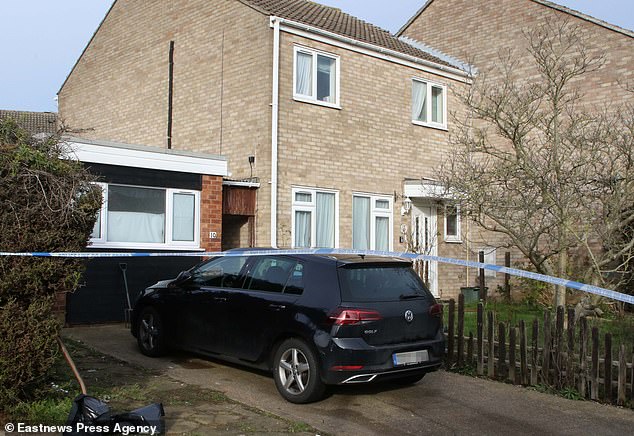 Judge Christopher Morgan concluded: ‘When you voluntarily consume drugs and it triggers a psychotic episode, this shows you have the capacity to kill another human being.

‘This was a particularly brutal attack on a young woman. She must’ve been thoroughly terrified,’ he added.

Mary had been born and raised in Baltimore, Maryland, and lived in Dallastown, Philadelphia, where she graduated from high school.

Mary’s family, who live in the United States, paid tribute at the time calling Mary a ‘bright’ woman after she graduated from Dallastown High School and added: ‘She was looking to excel in life and will be loved and missed by all.’

A tribute shared after her death on a fundraising page to get her body back to the US read: ‘Mary was so kind and selfless, she would give someone the shirt off her back. Mary was quiet and didn’t ask for much.

‘She wasn’t the kind of person that likes to fight or argue. She was very shy.

‘Mary had a tough couple of years. She lost her mum due to health problems and lost her grandmother, who took care of her after her mum died two years ago.’

‘My thoughts and condolences are very much with Mary’s family at this time.

‘This was a tragic incident which claimed the life of a young woman who had everything to look forward to and who should have been able to experience everything that life could offer her for many more years to come.’

Adam Butt was sentenced under Section 45A of the Mental Health Act 1983.