A STUDENT’S grisly, blood-soaked Halloween costume was so realistic that confused paramedics were convinced she’d died in a car smash.

The Stephen King fan was driving while dressed as Carrie, slathering her long white dress, body – and even her hair – with lashings of fake blood, when she “totalled” her car in the US. 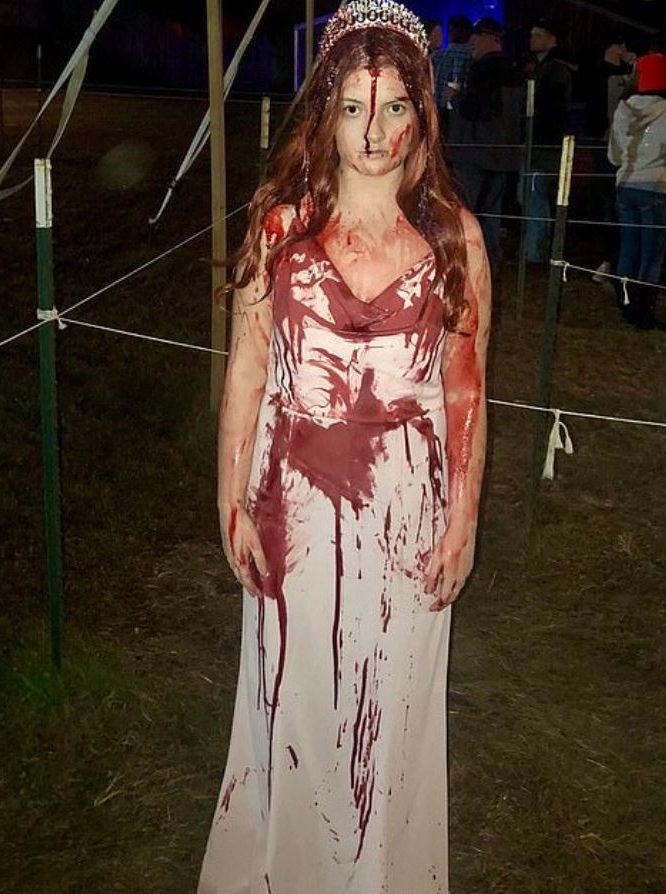 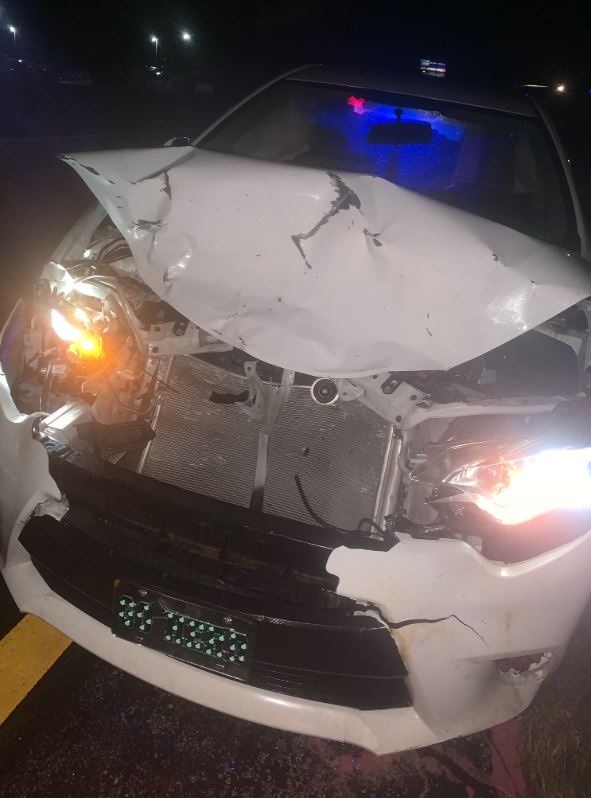 Marshall University, West Virginia, student Sidney Wolfe mocked herself on Twitter after the collision, posting a pic of her wrecked vehicle’s crumpled bonnet.

Sidney crashed after a deer ran in front of her car.

She said: “If anyone wants to know how my weekend went I totalled my car while dressed up as Carrie and everyone who was a first responder thought I was dead.

Sidney added that while she was waiting for her “parents to come pick me up from the scene, two more policemen showed up.

“By this time, I was out of the vehicle and making conversation with the people.

“The new officer says, ‘I hate to interrupt but don’t you guys think she needs medical assistance.”

Her tweet, which has received thousands of likes, prompted one person to reply: “Cops and first responders must hate Halloween. This is glorious.”

Another reached out to the famous horror writer himself, saying: “Please @StephenKing you need to see this.”

And one person predicted: “Your future in advertising is sealed.”

Sidney was still laughing at her predicament hours after the crash, saying that she “risked my life to promote this [Carrie] musical. Y’all better buy tickets!”

Paramount Arts Center in Kentucky is currently hosting a show about misfit Carrie – “at school, she’s an outcast who’s bullied by the popular crowd… at home she’s at the mercy of her loving but cruelly over-protective mother.”

It's on till November 1. 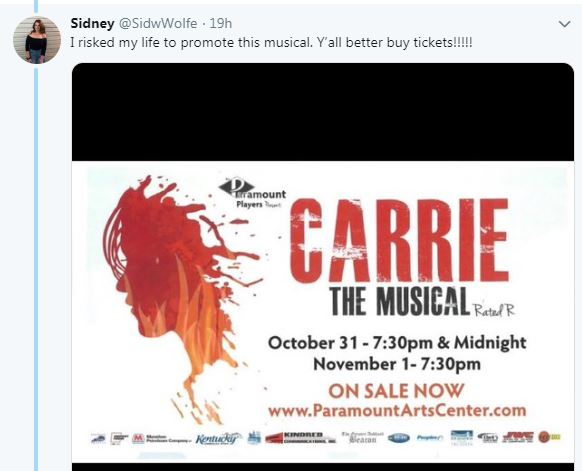 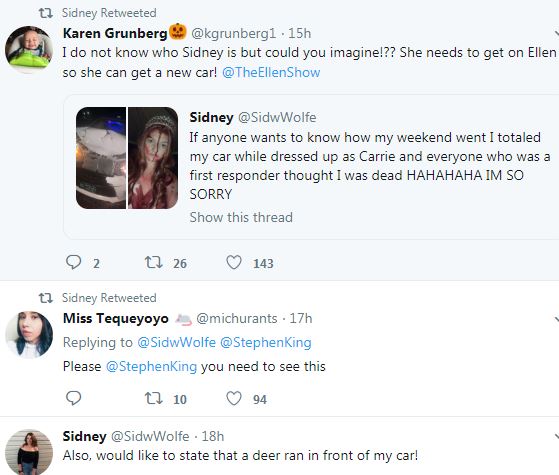