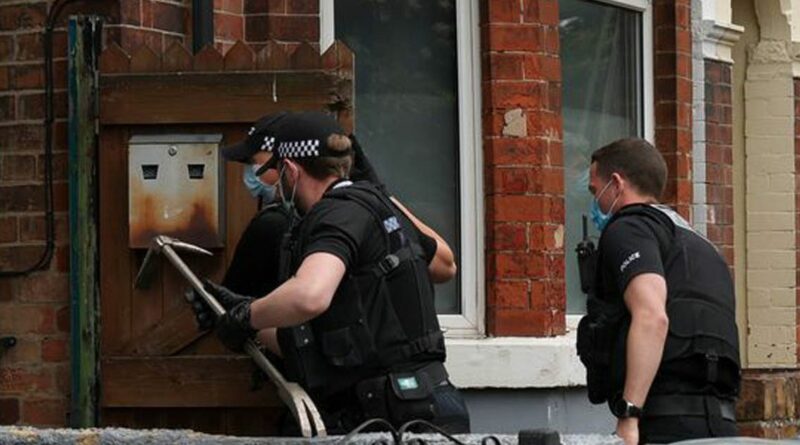 Cannabis-fused chocolate bars have been seized by police during a dawn raid at a student house.

Officers found a stash of Cadbury's Dairy Milk bars containing the cannabis butter at a property in Lenton, Nottingham, on Friday, June 4.

Police said they found nearly 600 bars of the popular snack and a "significant amount" of the butter in what they described as a "major production line".

The chocolate was to be melted and blended with cannabis butter, which was discovered hidden in a cellar, allegedly to be later sold as edibles under the 'brand' Flava Boy, NottinghamshireLive reports.

They added that there was enough cannabis butter at the house to make hundreds of drug-fused bars.

"It appears they are making what is commonly known as cannabis edibles," Sergeant Mark Southgate, who leads the Radford Operation Reacher team, said.

"They are using Cadbury's Dairy Milk. We have found 33 made-up chocolate bars and 27 boxes of Cadbury's chocolate."

He added: "They have therefore got the capacity to make up to 600 cannabis chocolate bars.

"They have got a production line. They are cooking it up in the kitchen, making the bars up in the bedrooms, and storing the products around the house."

Neighbours claimed the property was occupied by third-year students, but said they had rarely seen them leave the house.

Three men and a woman, all aged 20, at the house were arrested on suspicion of supplying Class A and Class B drugs.

One of the men arrested complained a laptop that was seized contained his coursework as he was led away in handcuffs.

"This is a cracking result," Sergeant Southgate said.

"We are getting this information from the community and they are telling us and we are reacting to it.

"If you come to Nottingham to deal drugs, we will get you."