A BILLIONAIRE stunned graduating students when he said that he would pay off their student loans, estimated at up to £31 million.

Robert F. Smith made the life-changing announcement while addressing nearly 400 students at Morehouse College, an all-male black college in Atlanta. 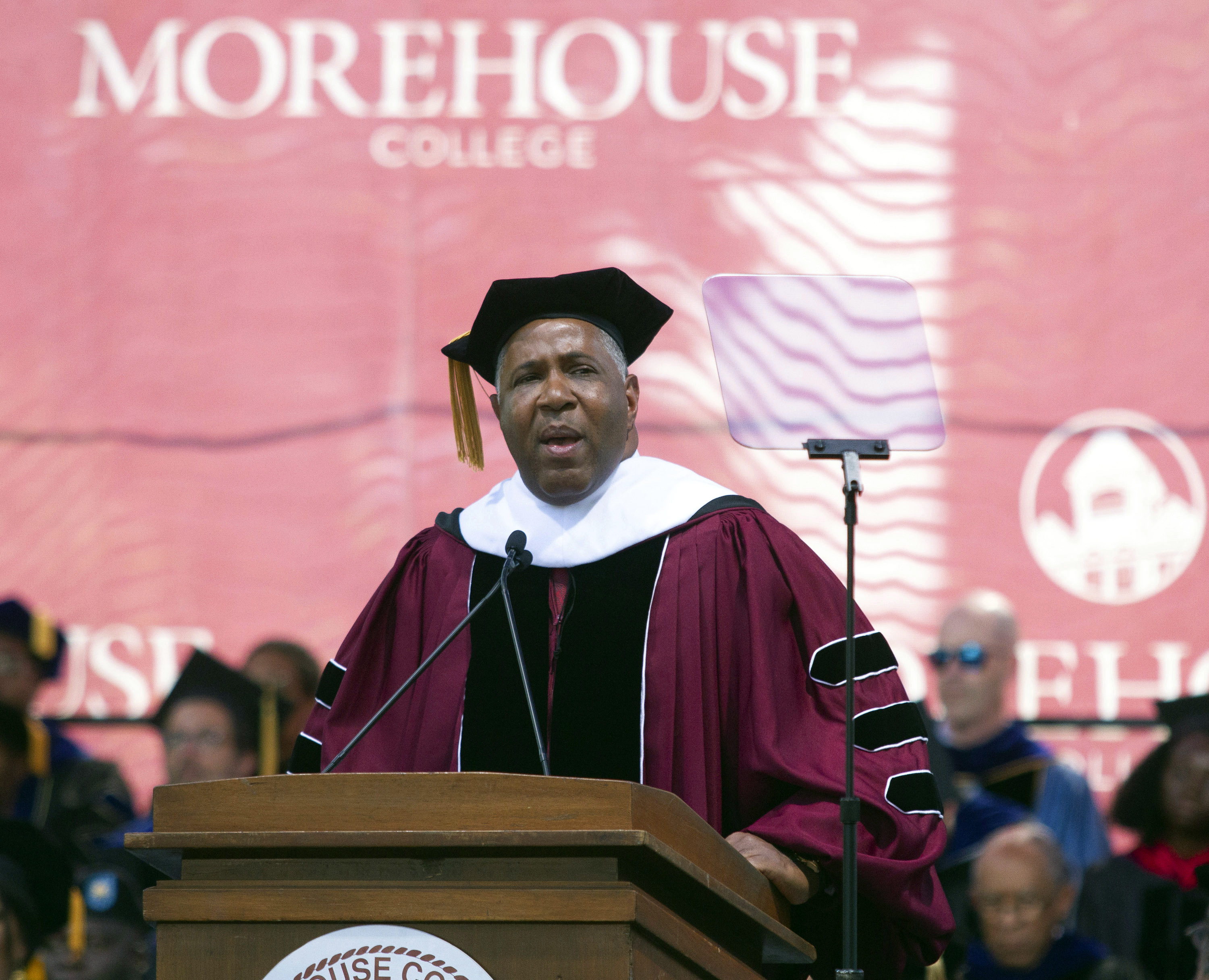 Smith, who is black, is the founder and CEO of Vista Equity Partners, a private equity firm that invests in software, data, and technology-driven companies.

Graduates then broke into cheers and stood up, applauding while some broke down in tears.

"On behalf of the eight generations of my family that have been in this country, we're gonna put a little fuel in your bus," said Mr Smith.

"And my family is making a grant to eliminate their student loans. Because we are enough to take care of our own community.

Aaron Mitchom drew up a spreadsheet to calculate how long it would take him to pay back his £180,000 student loans which came out as 25 years at half his monthly salary.

"I can delete that spreadsheet," he said as he wept.

"I don't have to live off of peanut butter and jelly sandwiches. I was shocked. My heart dropped. We all cried. In the moment it was like a burden had been taken off."

Eight family members, including Mitchom's 76-year-old grandmother, took turns over four years co-signing on the loans that got him across the finish line.

His mum Tina said the payment means the family can start helping his younger siblings.

Morehouse said it is the single largest gift to the college.

Though college officials could not provide an estimate of the exact amount owed by the current graduating class, students graduate with an average debt of roughly between £27,000 and £36,000.

Smith, who received an honorary doctorate from Morehouse during the ceremony, had already announced a £1.35 million gift to the school.

College president David A. Thomas said the gift would have a profound effect on the students' futures.

"Many of my students are interested in going into teaching, for example, but leave with an amount of student debt that makes that untenable," he said.

"In some ways, it was a liberation gift for these young men that just opened up their choices." 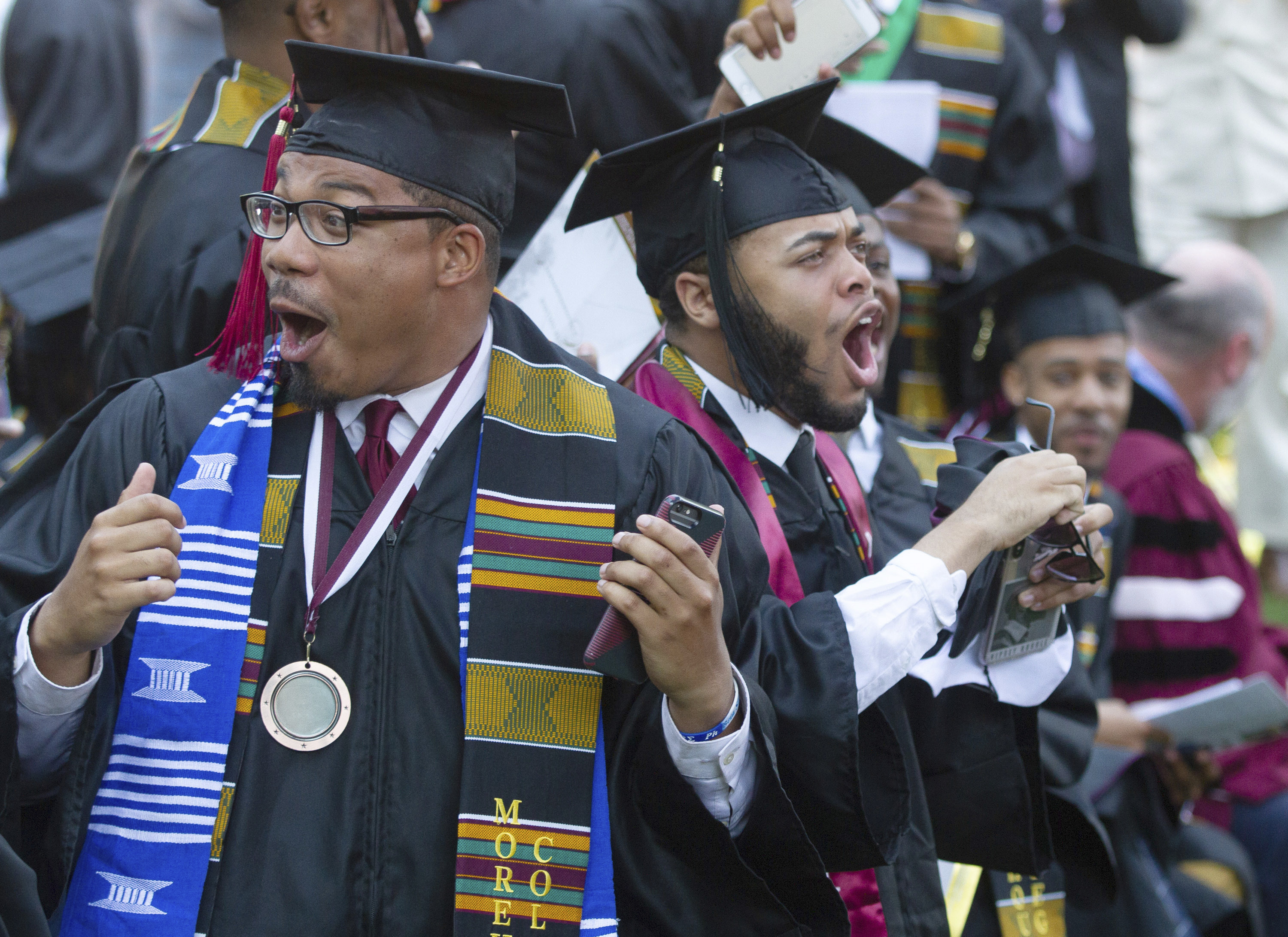 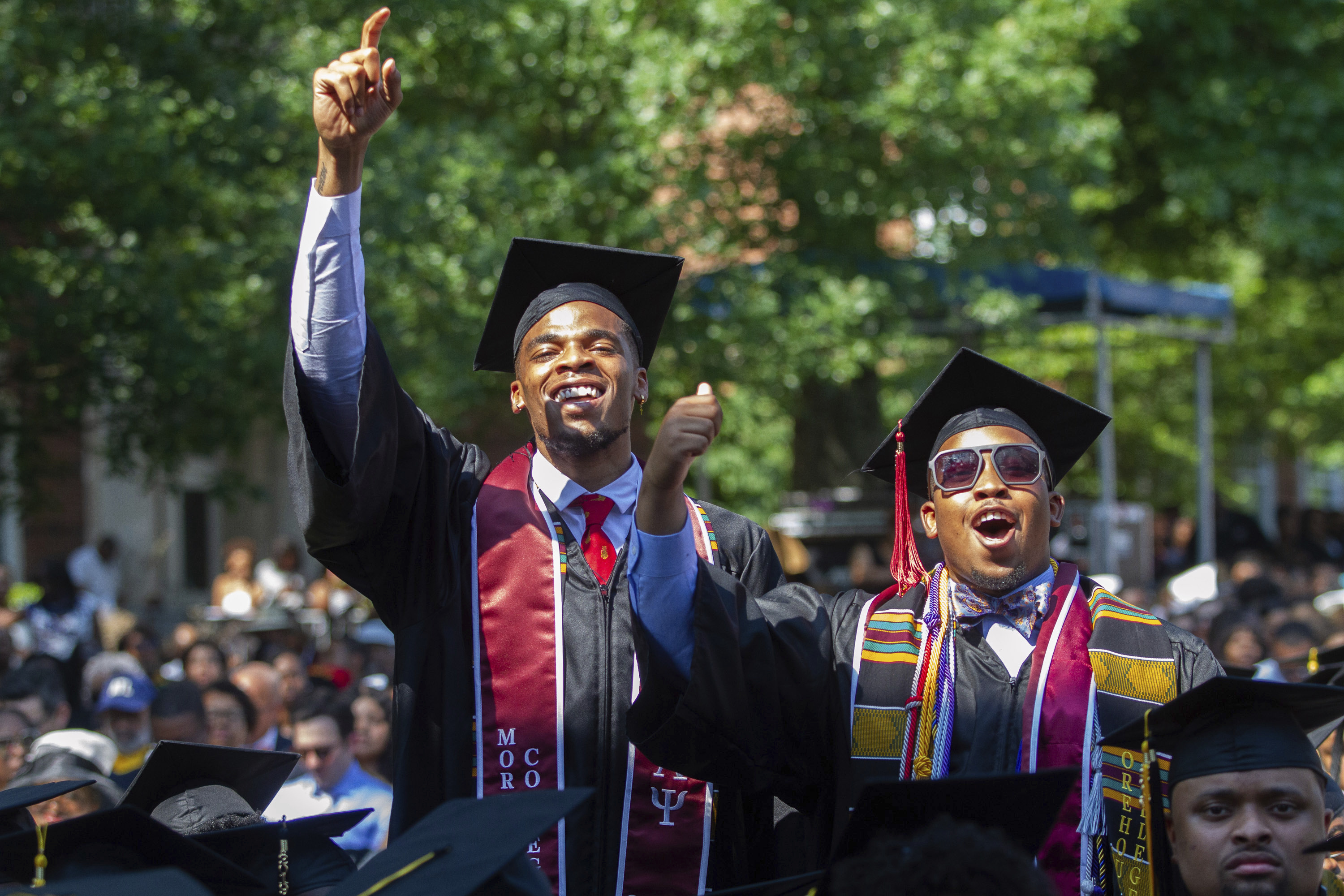