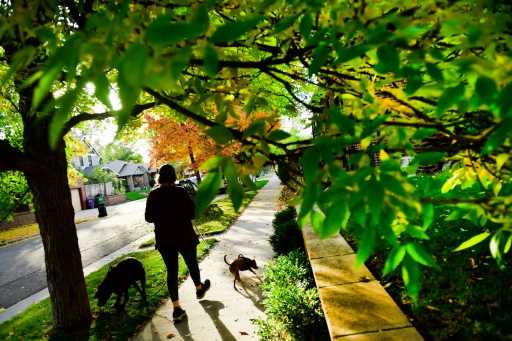 Colorado ranks first in the nation for the most “dog-poo complaints,” according to a recent study.

The study, by Protect My Paws, a company that helps consumers to find pet insurance, analyzed tweets with a number of “poop-related” keywords, for example “dog poo” and “stepped in poo,” to “reveal the dog-poop capitals of America,” according to a news release.

Colorado leads the nation with 15.4 tweets annually per-100,000 population with poop-related keyword complaints, according to the study. Oregon came in a whisker-close second at 15.3.

“We analyzed Tweets searching for key words related to dog poo complaints to reveal the foul-est state of all,” the study said. “The State of Colorado is known for its vivid landscape of mountains, forests, canyons, rivers and desert lands. If you’re into a natural, scenic beauty, Colorado is a haven — it also happens to be the dog poop capital, too.”

The state with the least amount of dog-poo complaints, according to the study, is Delaware at 1.5.

The same study, however, listed the 10 dog-poopiest cities in the country, and not single municipality in Colorado made the stinking list.

Protect My Paws names Pittsburgh as No. 1 on its “Dog Poop Capitals of the U.S.” list. Seattle came in second and Atlanta in third.

The study authors claim: “Pittsburgh has a poop problem.”