A HOUSE more than 500 years old in the heart of 'Constable country' has hit the market for £1.4m.

River House in Suffolk's Stour Valley is 'steeped in history', dating from 1490 with a distinctive Tudor tower and a rare wall painting depicting life-size figures in Elizabethan dress. 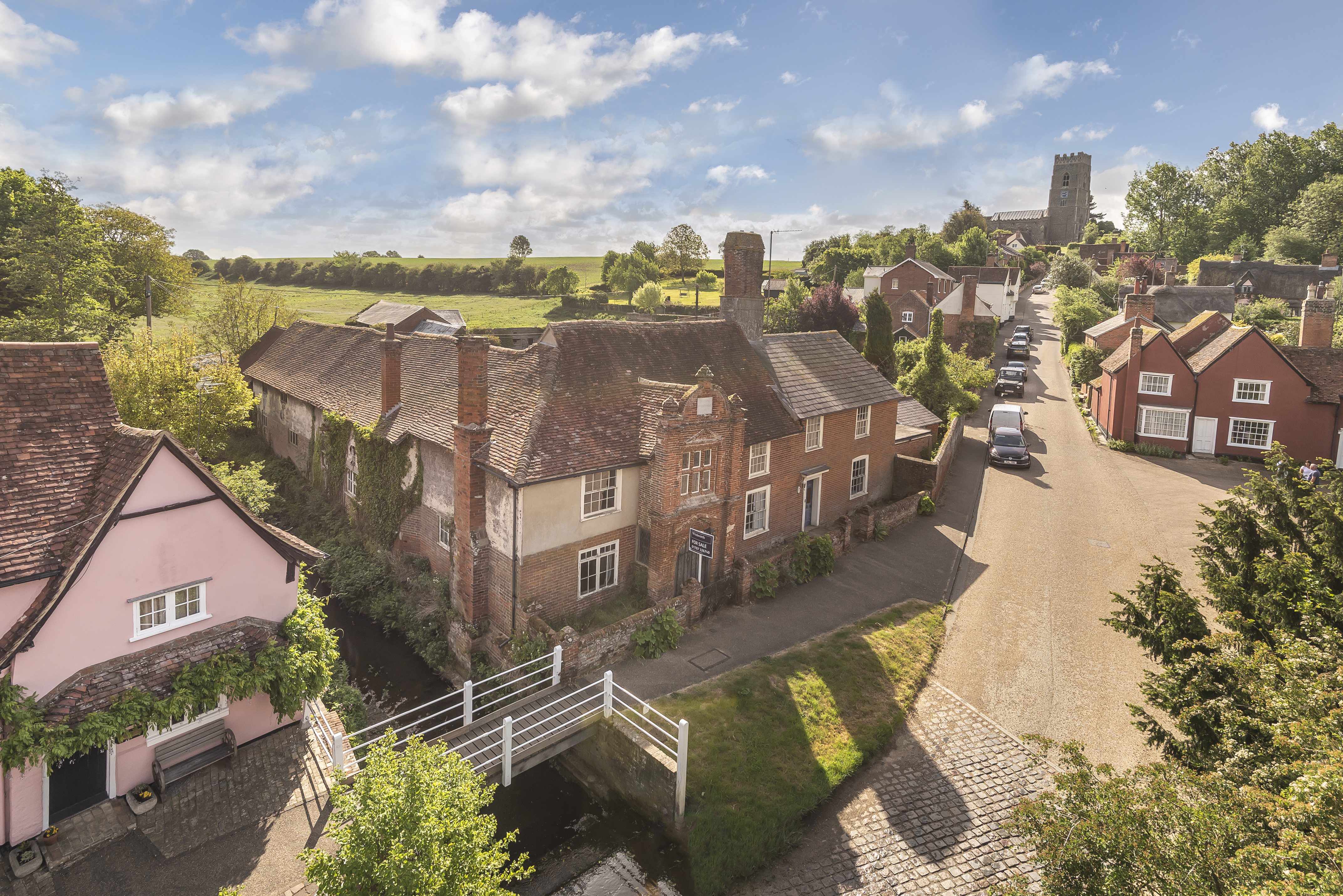 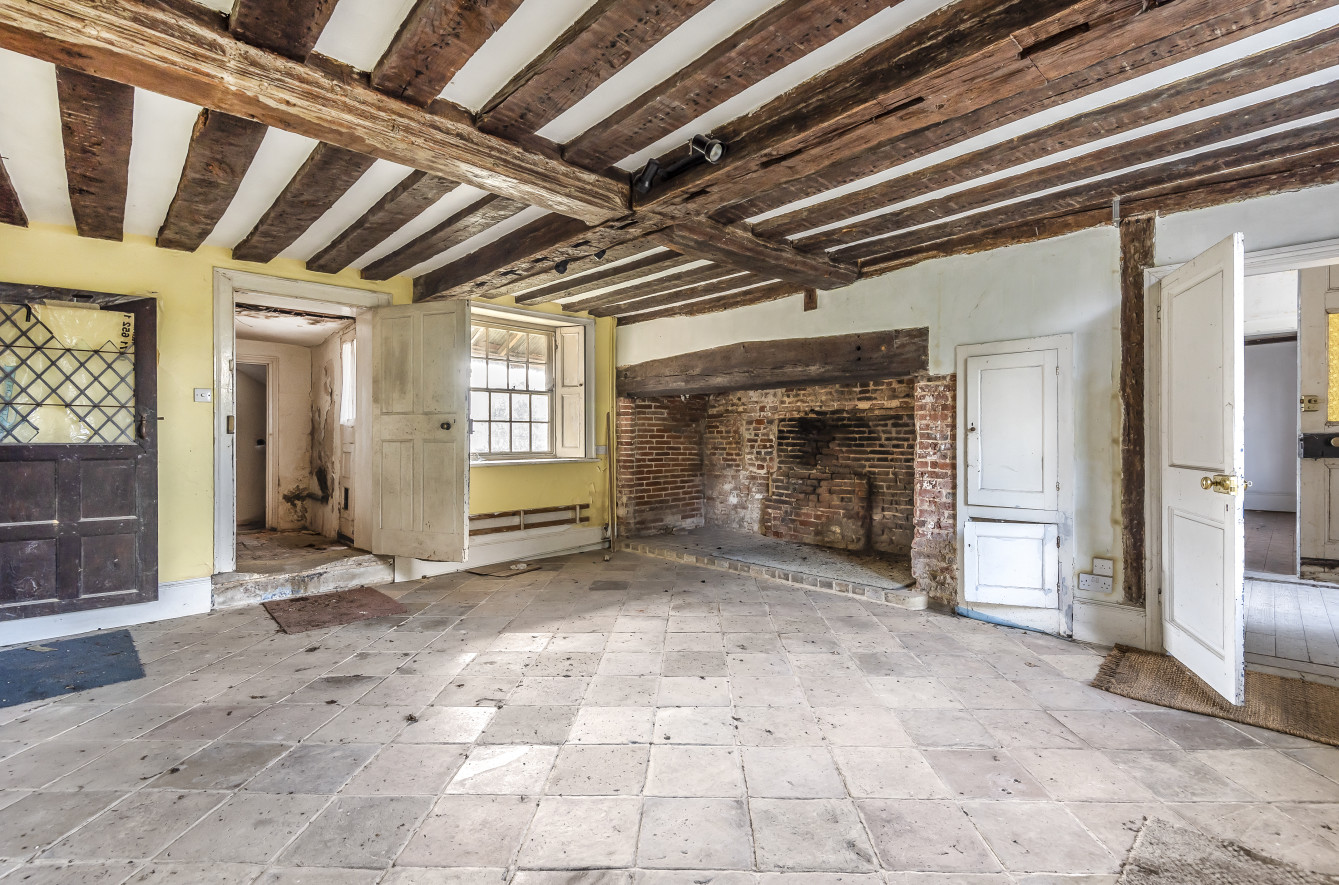 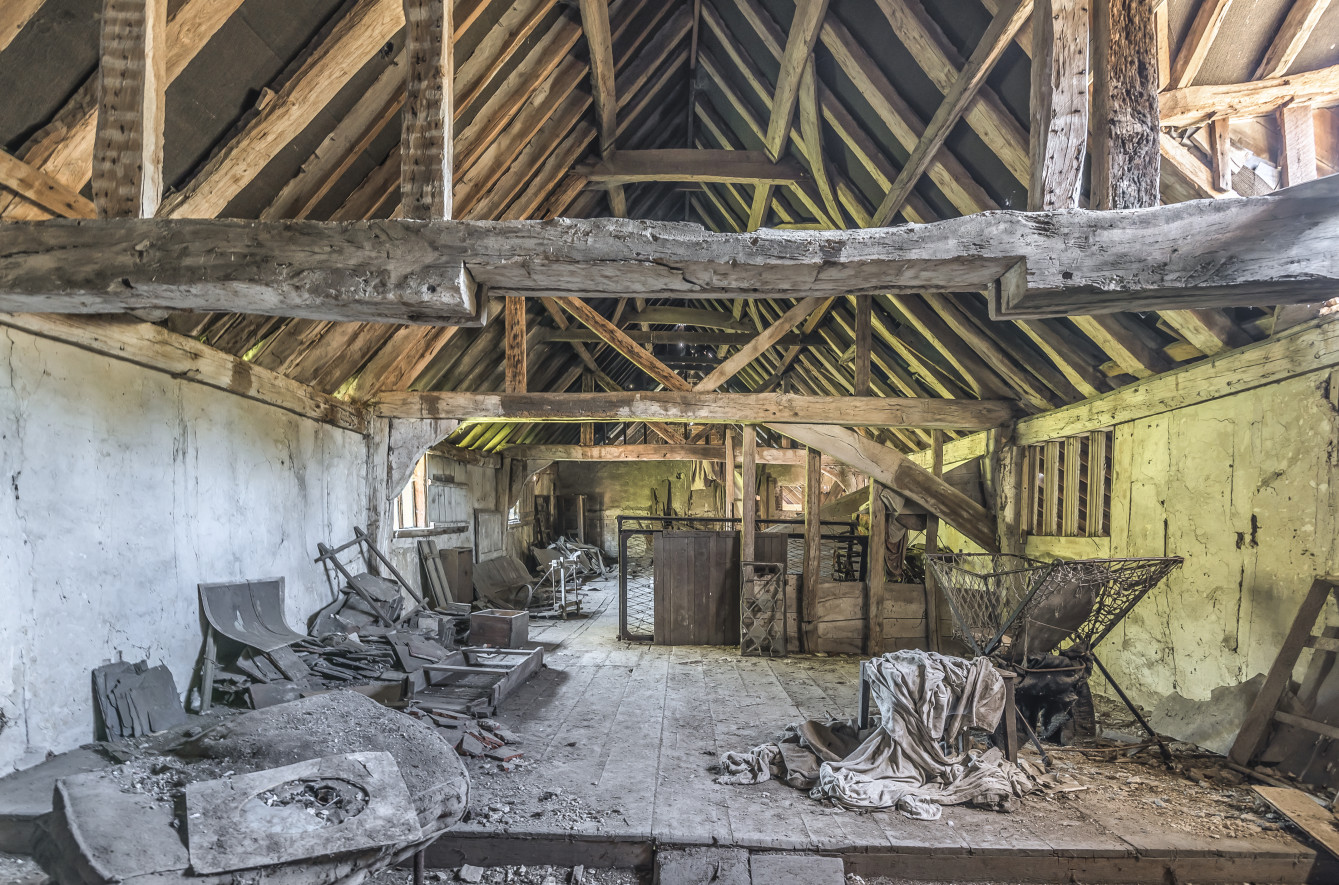 But the property will be a big project for the new owner.

The once-grand home in the village of Kersey is in need of a major overhaul as it has not been lived in for more than 20 years.

The Grade II listed property's original construction is on a jetted oak timber frame, which is still visible throughout many parts of the house.

The wall painting is currently hidden behind render, but the current approved planning consent is for a new viewing room to be created and the render carefully removed to reveal the work.

In the late 16th and early 17th century, the house was owned by the Cooke family, wealthy clothiers.

The main house has 6,232sqft of accommodation with a 23ft reception hall, dining room, sitting room, drawing room, kitchen and pantry downstairs and three bedrooms and a bathroom upstairs.

It needs new electrics, plumbing and heating, as well as internal and external works done. But the property does have planning permission and listed building consent for renovation work to be done.

To the rear is a 60ft long Medieval wing that has been derelict for some years, built with a timber frame with an upper floor with bays underneath, possibly used as some sort of meeting room or hall.

The property has over another 3,000 sq ft of outbuildings including stable and a former pottery workshop, a collapsed 16th century timber-framed barn and a large 19th century brick barn.

Beyond its fully walled courtyard garden, it also has a further garden running alongside the stream with open fields behind.

"The house hasn't been lived in for at least 20 years and the first phase of the works is underway.

"The cost and time the project takes will depend on what the buyers want to do. The first planning application was quite extravagant but the current planning has been scaled back.

"It's probably about a 12-month build.

"The property sits in a 1.4-acre plot and it has really exciting potential. It's one of Suffolk's most iconic and admired houses and is steeped in history." 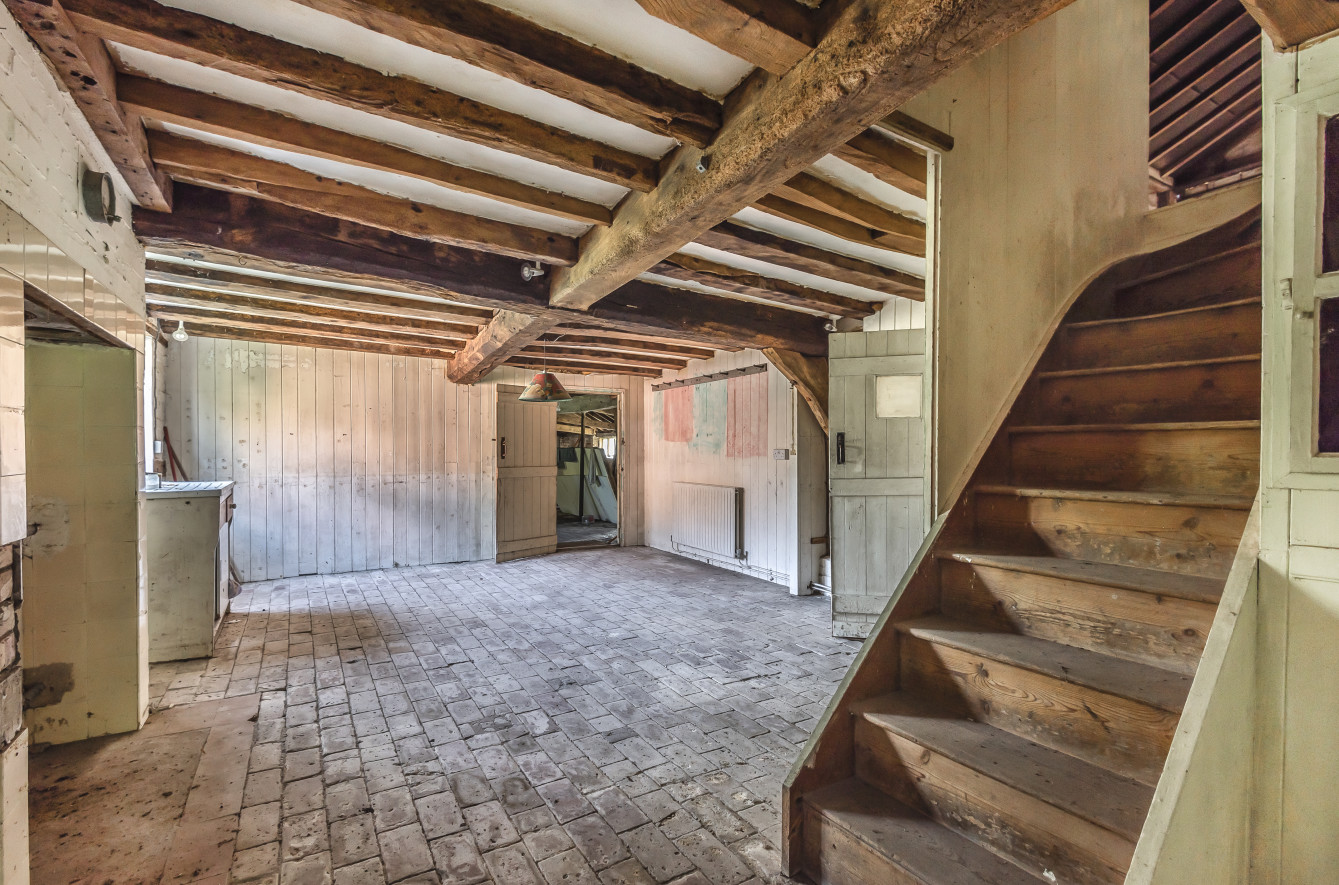 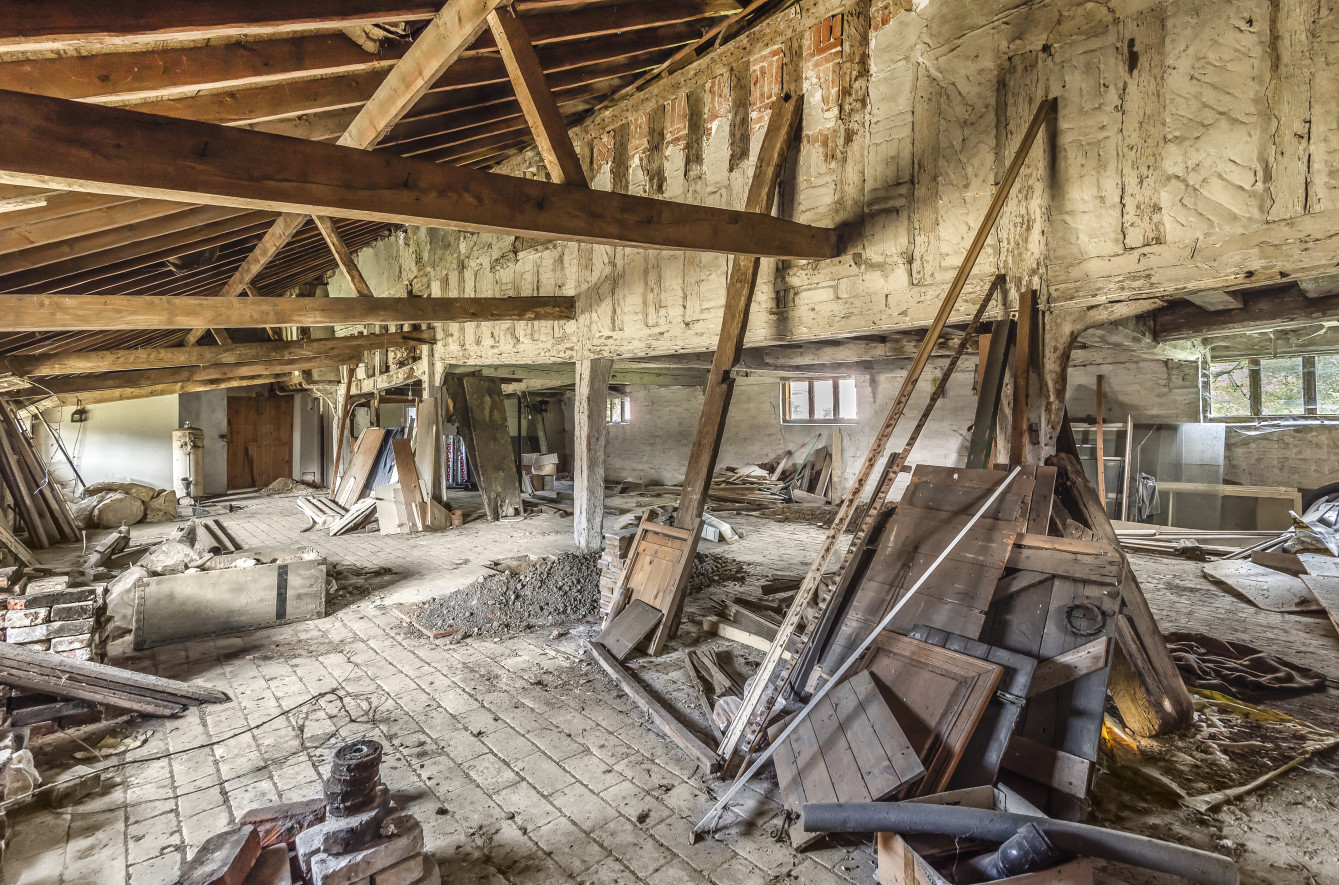 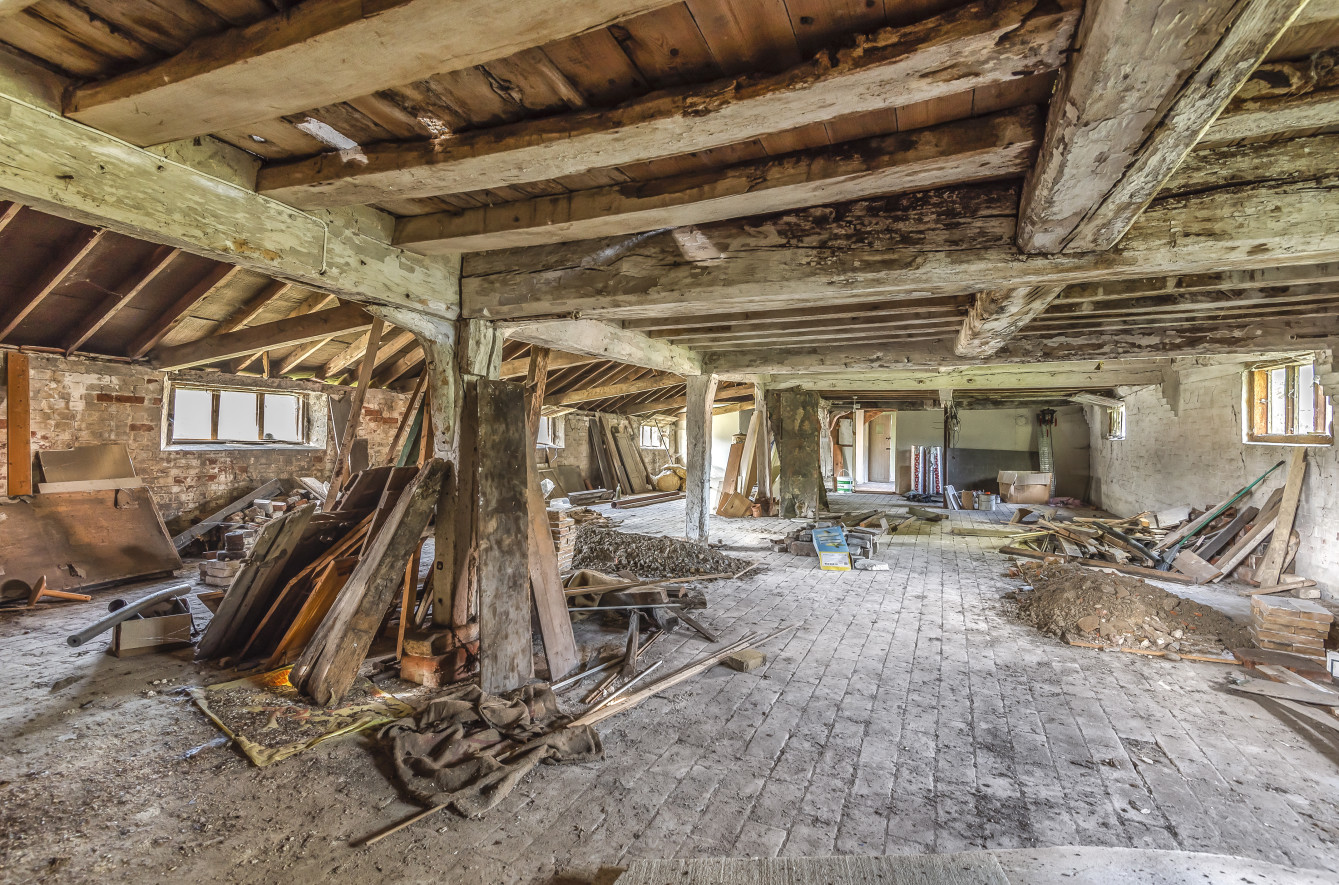 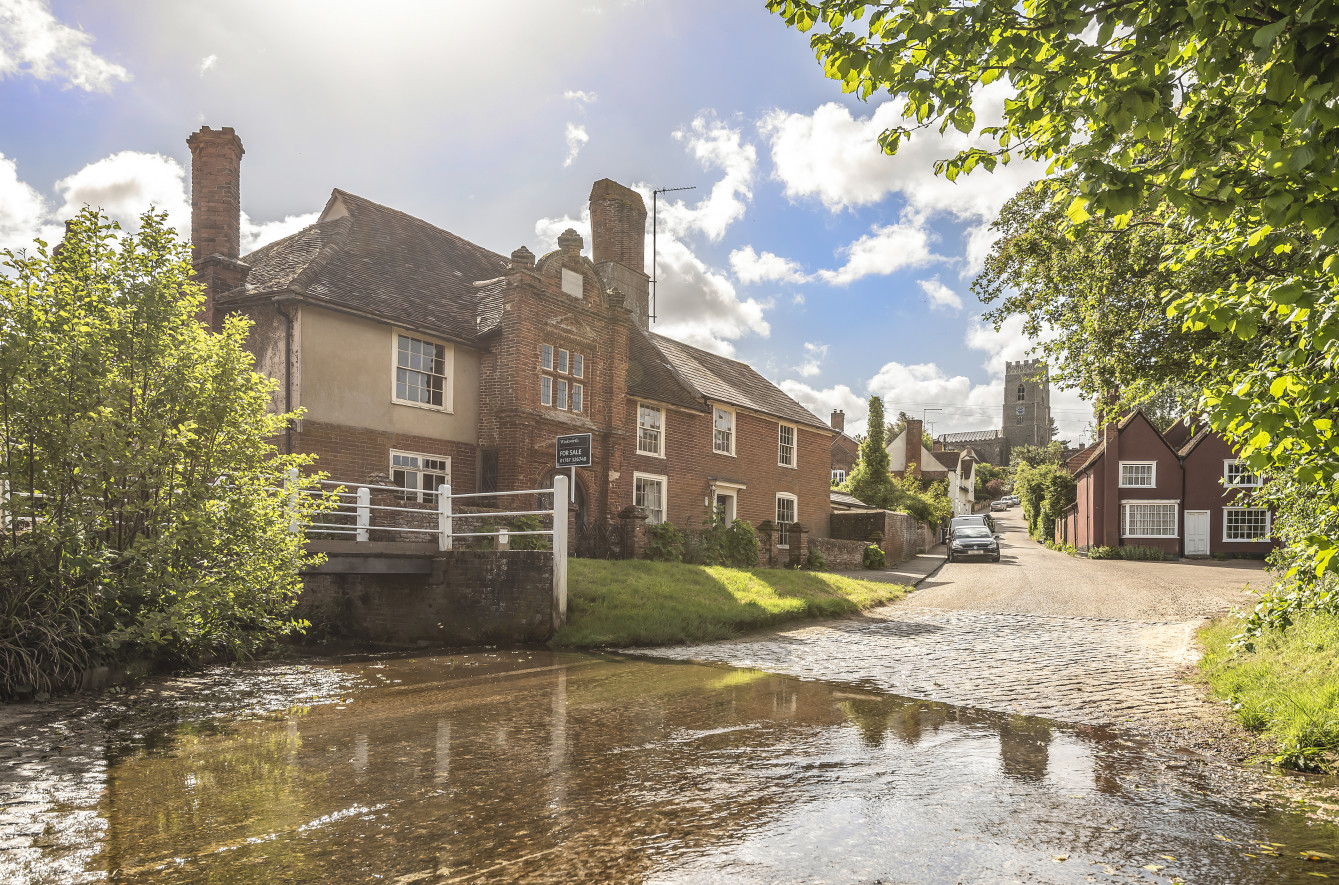